How To: Same-day Surf and Ski in SoCal

Oh, Southern California. I may bitch and moan about your traffic, drought and $22 salads (without protein), but I want you to know: I really do love you. No, it’s not because of your taco enlightenment or the semi-acceptance of flip-flops in the workplace. It’s because your beaches, deserts and mountains are so close to each other, they might as well get friendship tattoos. So, what better way for Angelenos to get off our high SUVs and back down to earth than to take advantage of nearby ecosystems by surfing and skiing in the same day?
Much like the California Kale Cult, the California Double—hitting the waves and the slopes in a 24-hour period—feels like an urban legend that many hear of and few confront.
But thanks to Chevy and Fox Head, I had the opportunity to catch waves and rays in Huntington Beach in the morning, cruise up to the mountains in a brand spankin’ new Chevy Colorado, and shred Big Bear in the afternoon—all alongside pro surfer Damien Hobgood. Damo, known to channel his inner Taylor Swift during karaoke, said of his first CA Double experience:
“I came from Florida and had never seen snow, so when we came out here to California, all of our friends were like, we gotta surf and snowboard in the same day. That’d be so epic!”
Epic indeed, Damo, epic indeed. There is nothing quite like pearling under waves in the morning then piling out of a car in Big Bear, and wiping Huntington Beach sand from off your feet before sliding into snowboard boots and bombing down the mountain. No doubt, I’ll be talking about my Chevy California Double experience when I’m a little old lady. Kids, when I was your age ... 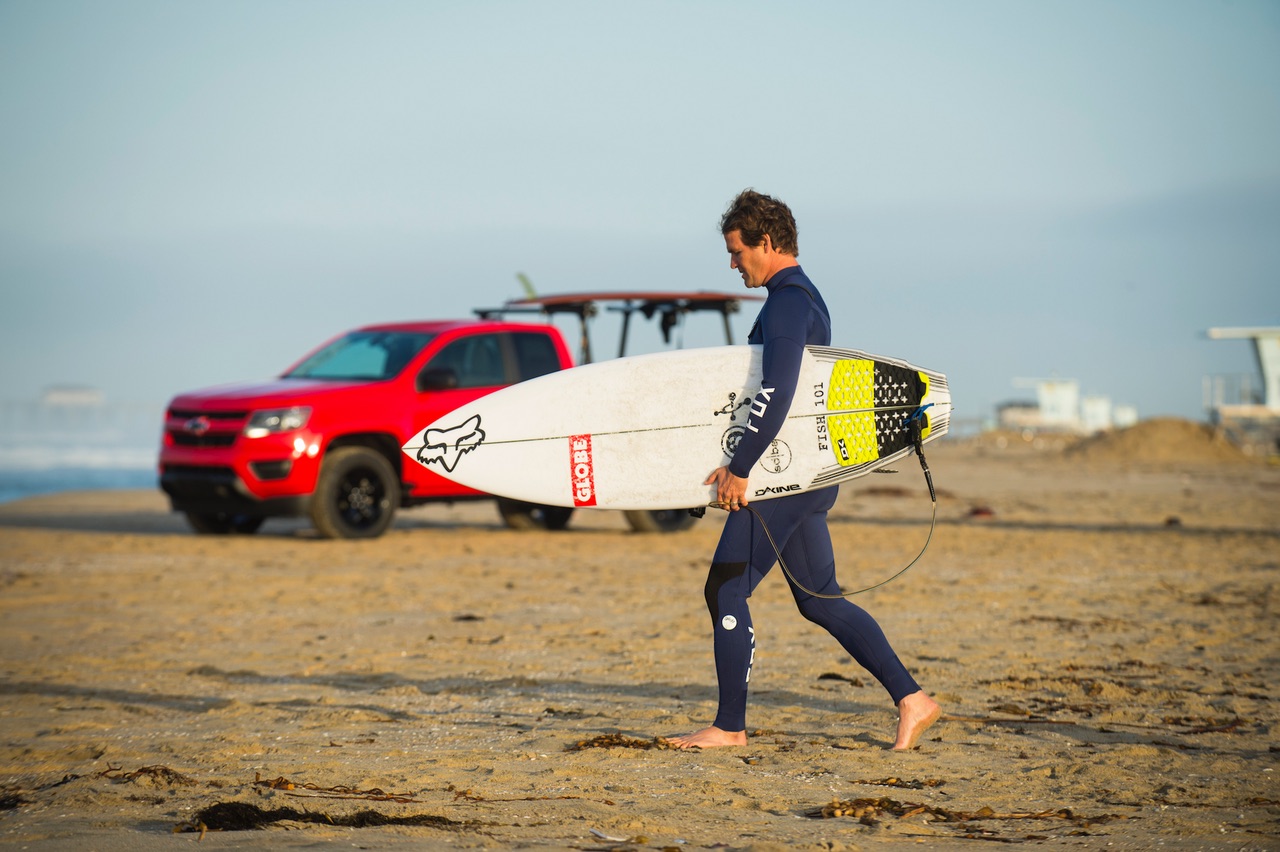 Damien Hobgood kicks off the California Double by leading us into the water. 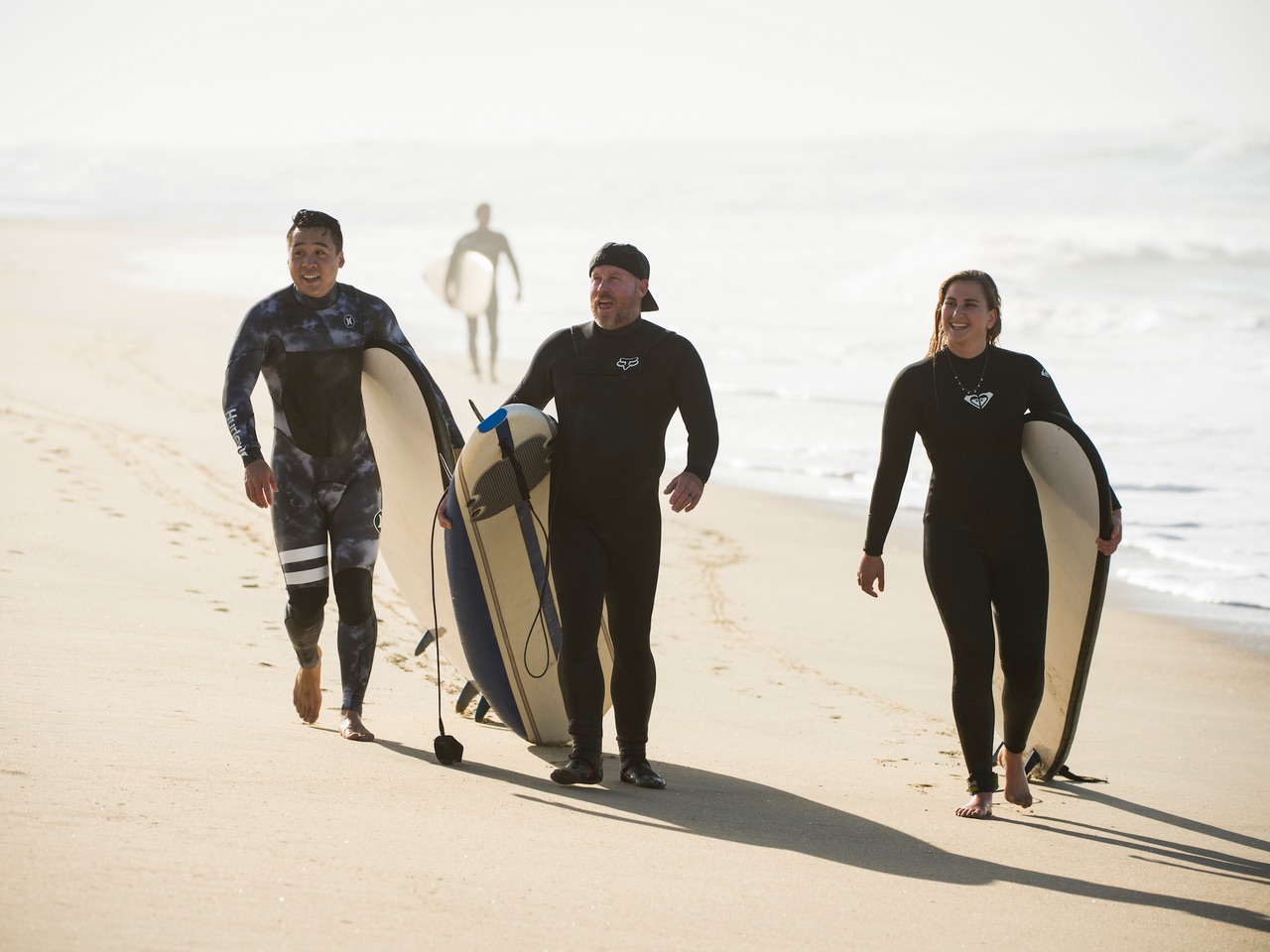 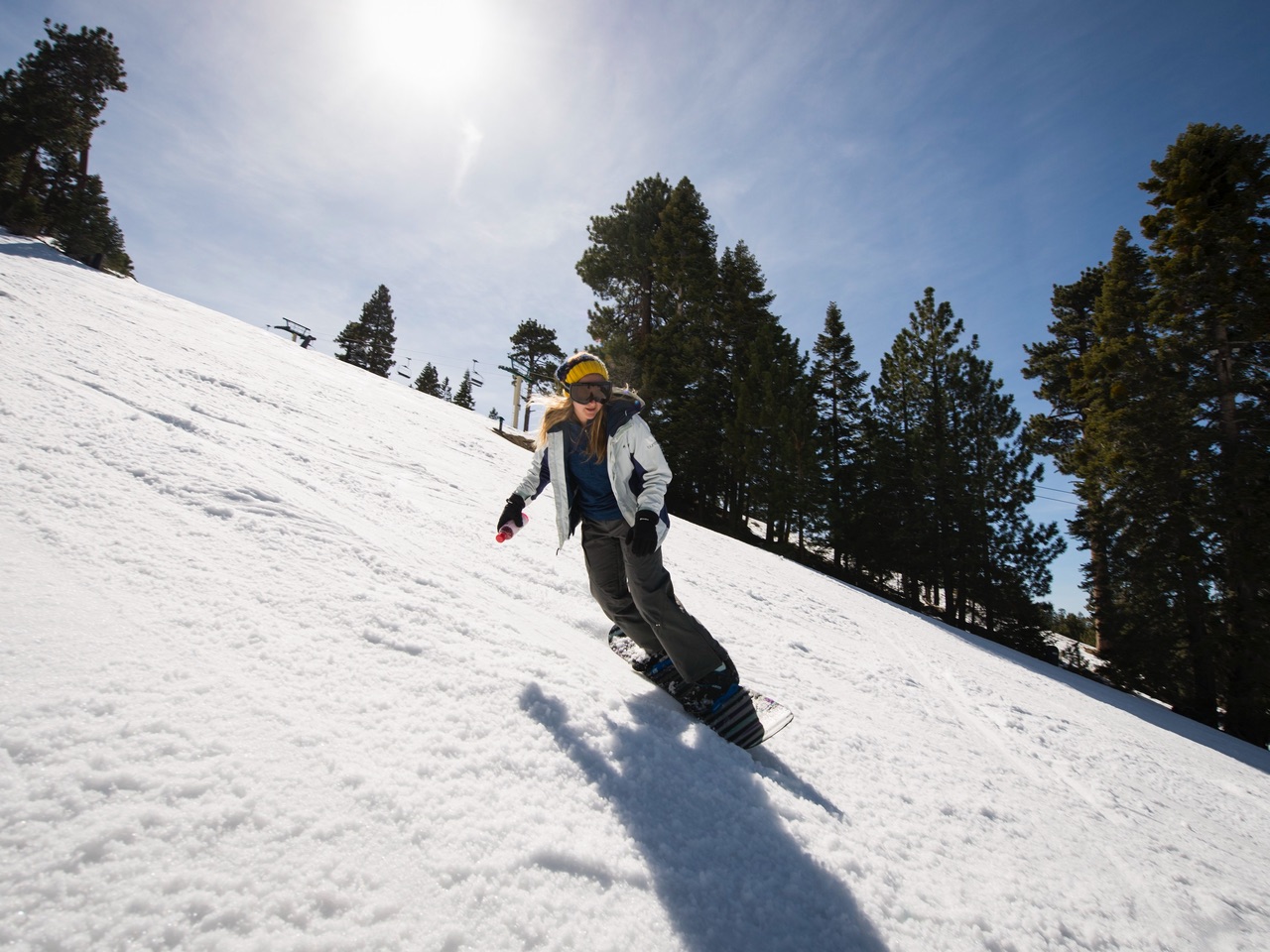 Without further ado, the experts, Damien and Frankie D’ Andrea of Fox Head, weigh in on how to surf and ski in the same day the right way, packing list included:
Get Citizine Updates Here

When considering which order to conquer a California Double, weigh the pros and cons to capitalize on what Frankie calls your “shredability.” While Frankie likes to hit the slopes in the a.m. and finish the day in the water with a good ol’ fashioned sunset, I enjoyed starting the morning off in the water, hopping in the Chevy Colorado (which has Wi-Fi, FYI) and trucking up the mountains for a snowy afternoon. If you pick the landscape closest to where you’ll end your day, your body and noggin will thank you—player’s choice.
“The key to success on this challenge is making sure the weather and elements are on your side. Check the surf forecast to maximize conditions. Shoot for those bluebird, light wind, sunny days. Another thing to remember is always Double with a friend—it’s key to have a partner that you can push the limits with,” Frankie says.
Which beaches and mountains to shred, you ask? Damien, a San Diego local, gives his for favorite SoCal surf spots, plus a few of my own: 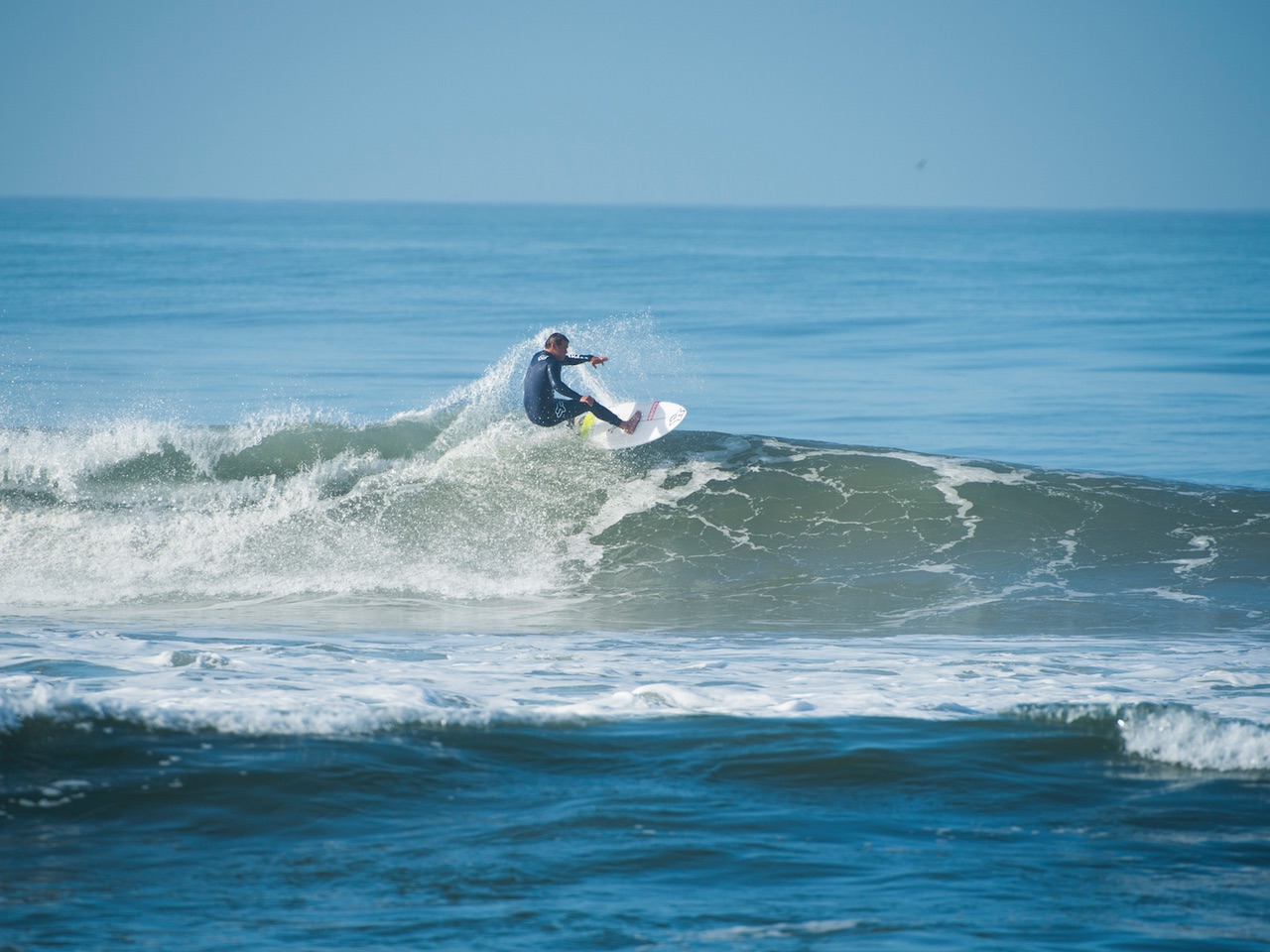 Can you tell the pro from the writer? 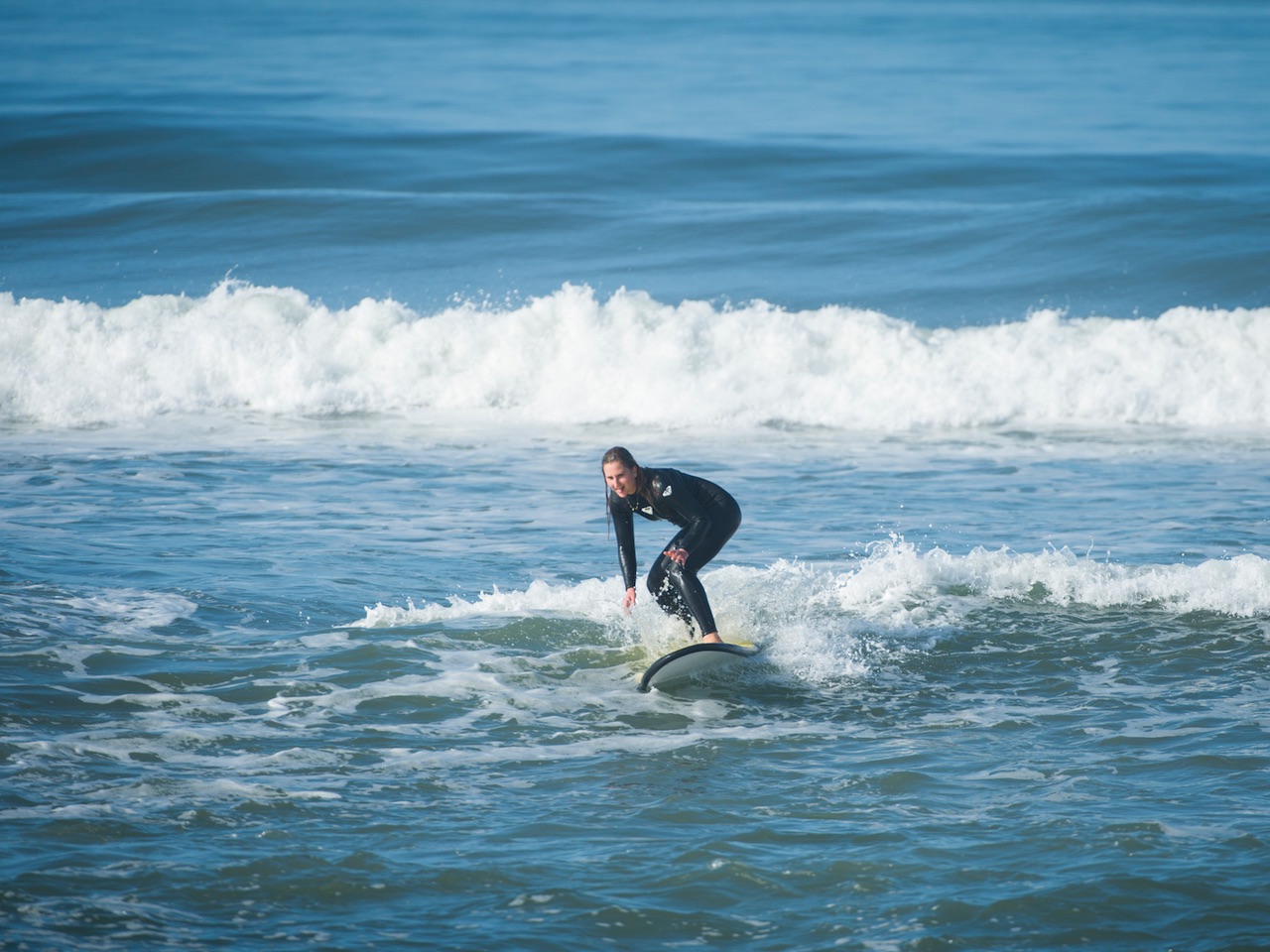 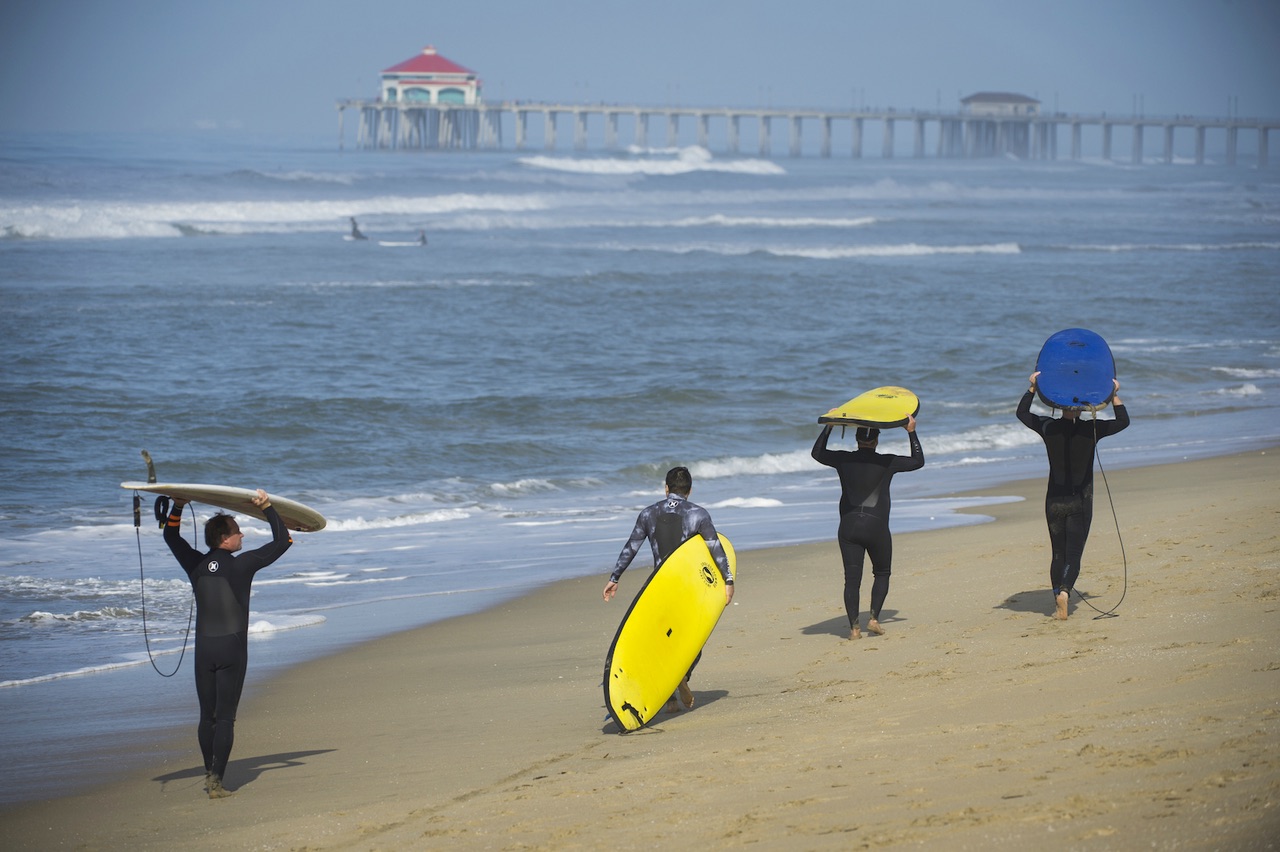 Though it was rebuilt in the 80s, the Huntington Beach Pier has been around since 1906.

Malibu
Damien Hobgood: Zuma in Malibu is a pretty good beach. There’s not that many people if you go at the right time and it’s a pretty hard swell. It gets right in there.

Ventura
DG: If you drive past Malibu up the 101, where the road just goes right along the beach in Ventura before you get to Oxnard … now that’s a really nice beach.

Encinitas
DG: Next to my house is Seaside Reef, which is in Cardiff. Those beaches are really nice and it’s my go-to because it’s the closest to Encinitas. 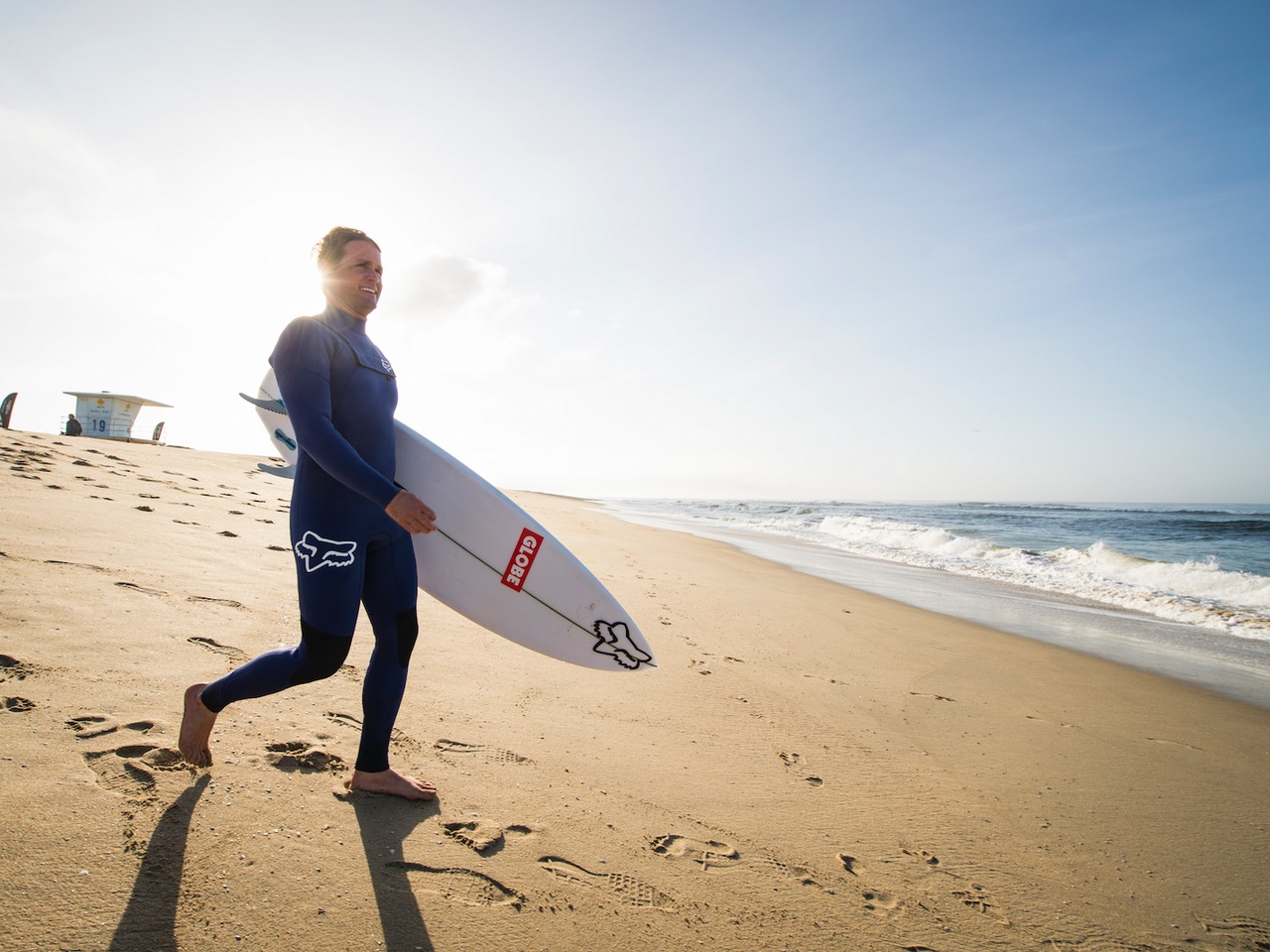 Damien has been conquering California Doubles since he first moved here from Florida.

Huntington Beach
This is where I conquered the beach portion of the CA Double. Huntington Beach has it all: bonfires, volleyball courts and multiple surf breaks for all levels of expertise. Oh, and it’s dog friendly.

San Clemente
San Onofre is another ideal beach when catering to surfers at all skill levels. This is a popular surf spot, so be sure to be respectful of your fellow bros and wahines. Heads up: the beach is a little rocky.
Get Citizine Updates Here 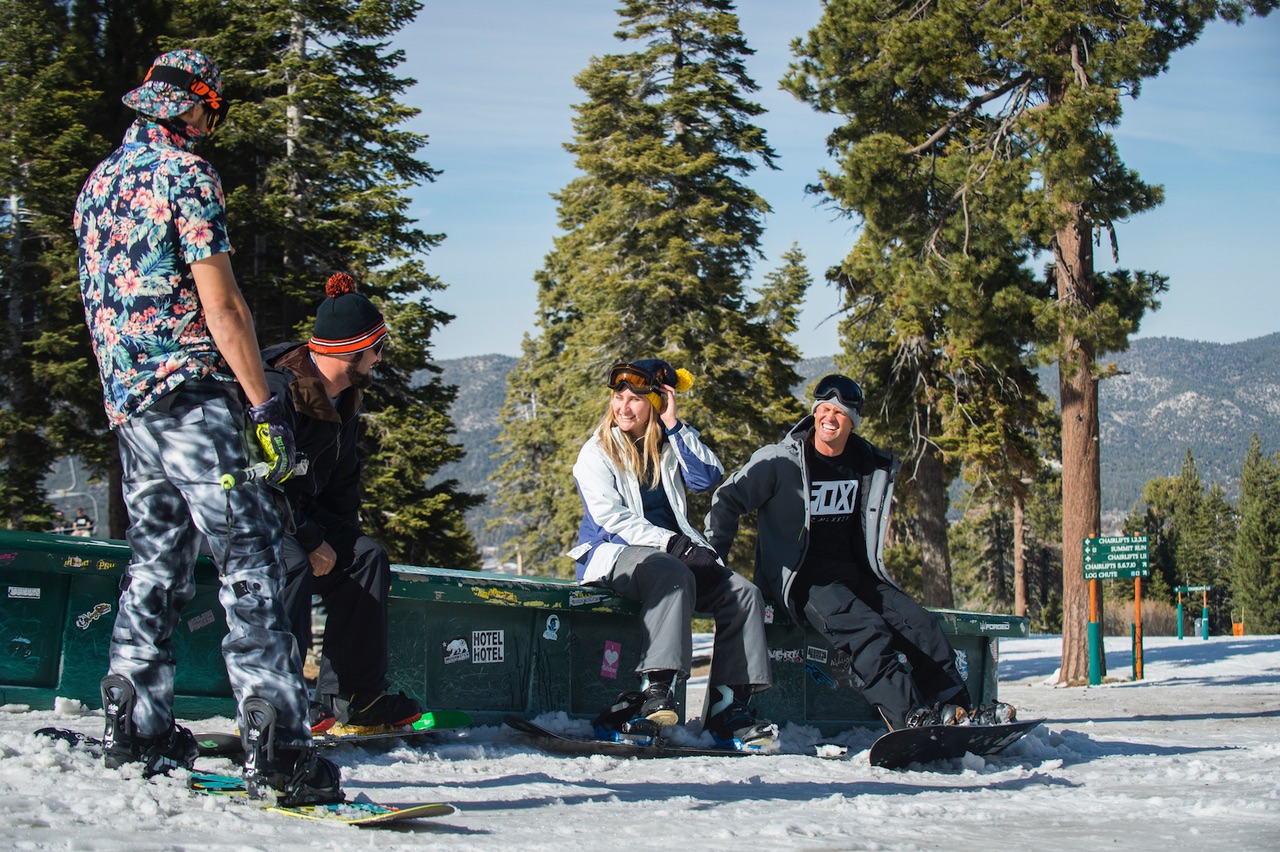 Big Bear is a mere two-hour drive from LA. 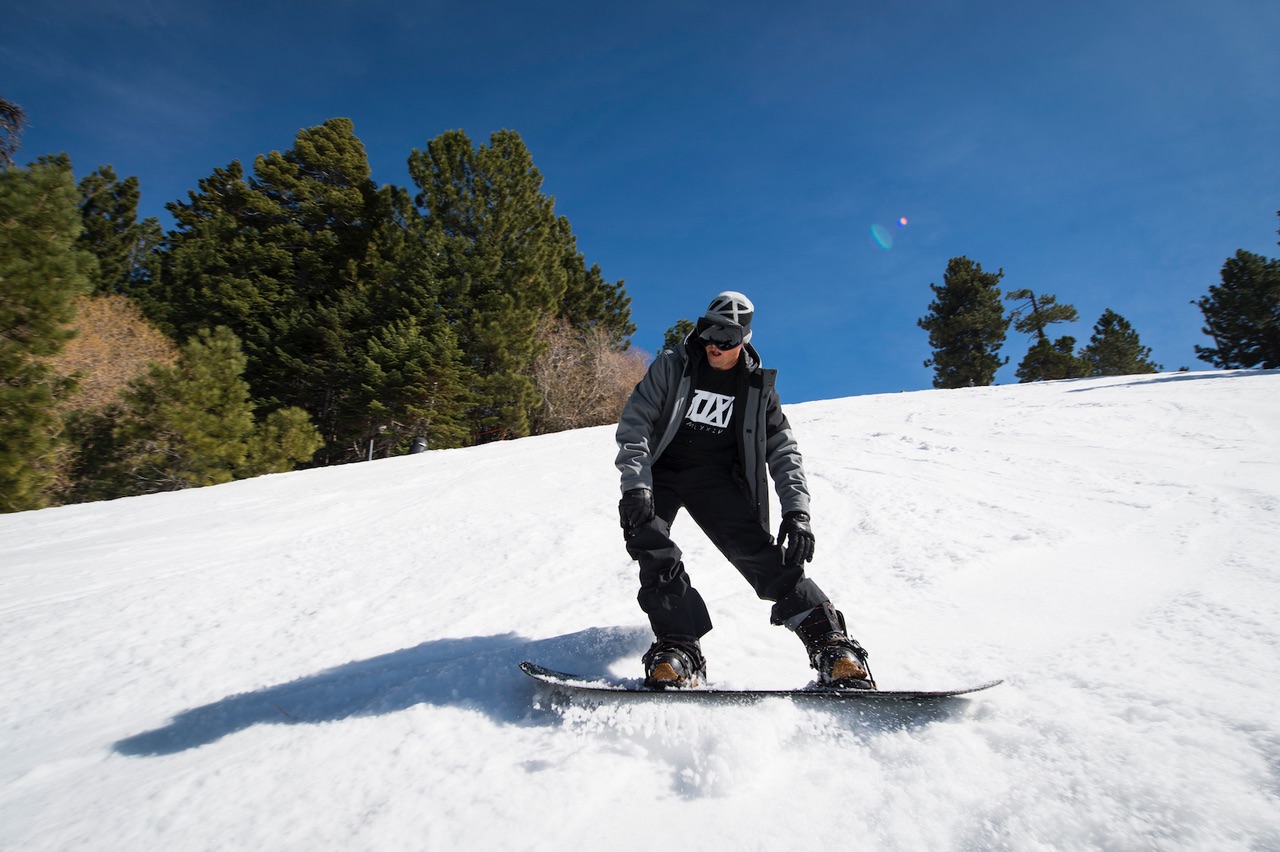 Big Bear Lake
About 2.5 hours out of LA in the San Bernardino mountains is Big Bear: home to both Snow Summit and Bear Mountain. While picking between the two is kind of like the Meek Mill-Drake controversy, Snow Summit has more variety in runs and Bear Mountain has better bunny slopes for all my noobs out there. This is where I tackled the California Double.

San Gabriel Mountains
Just an hour and a half outside of LA is Mountain High, whose snow quality will never hold a candle to Mammoth Mountain further north, but a quick trip is still worth your while. Featuring three distinct skiing areas and hordes of hooligans in it for the thrills, Mountain High is a perfect half-day snow getaway. 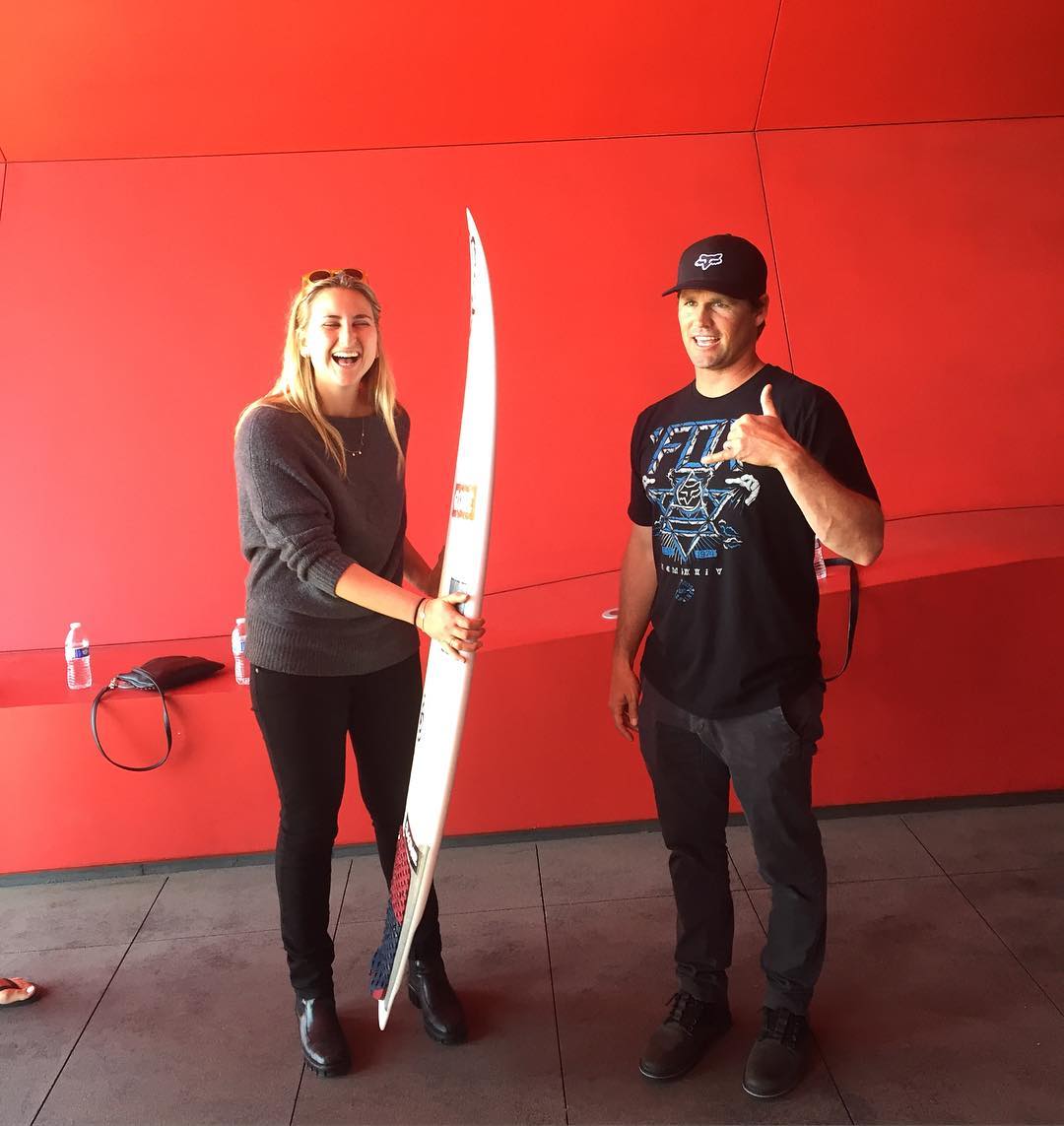 The only acceptable day to describe as the "best day ever" is a California Double day.

Arden Shore is a writer from Los Angeles who believes if everyone wore more yellow, we would be one step closer to world peace. After she magically scored the Chevy California Double MVP award and was bestowed Damien Hobgood’s surfboard, she now thinks it’s socially acceptable to say “cowabunga” in everyday conversation.  Follow her meanderings on Instagram @ardyparty and Twitter @ardyparty_.
Photos courtesy of: Chevrolet/ Erik Isakson