How to: Never Get a Parking Ticket in Los Angeles … Again

Traffic officers aren’t the devil incarnate. And nine other parking myths debunked on a LADOT ride-along

“Noooooooo,” my cry echoed down Sawtelle Blvd. Not another parking ticket. I was only in the store for a “few minutes.” Really, I promise.
Standing on the curb alone, I cursed the parking meter and the cold-hearted dime who had run out on me. But mostly, I cursed the stealthy traffic officer who got me good.
That’s when the light bulb—the maybe-this-was-my-fault light bulb—turned on that, for many Millennials, remains dark for months on end. Maybe, just maybe, the traffic officer who cited me for my expired meter was simply doing his or her job, and did not deserve to be scapegoated for my ineptitude.
I wanted to meet one of these parking personnel to put a face to the demonized stereotype. So, I got in touch with Los Angeles Department of Transportation (LADOT) to schedule a ride-along in a parking enforcement vehicle. No, Kevin Hart and Ice Cube were not present, but LADOT traffic officer Andre Smith, who grew up in South LA and served in the military prior to working for the city, debunked some common parking myths and provided tips on how to avoid getting a parking ticket in Los Angeles.
Let me alleviate some common misconceptions off the bat:
For an hour and a half, I had the opportunity to step into the shoes (or parking enforcement vehicle) of TO Smith as he made rounds in his squad area of Hollywood, Koreatown and beyond. Lucky for me, Lieutenant Kimmi Porter and Sergeant Toni Bowie, came along for the ride as well to impart ticket-dodging tips and banish common myths.
Get Citizine Updates Here 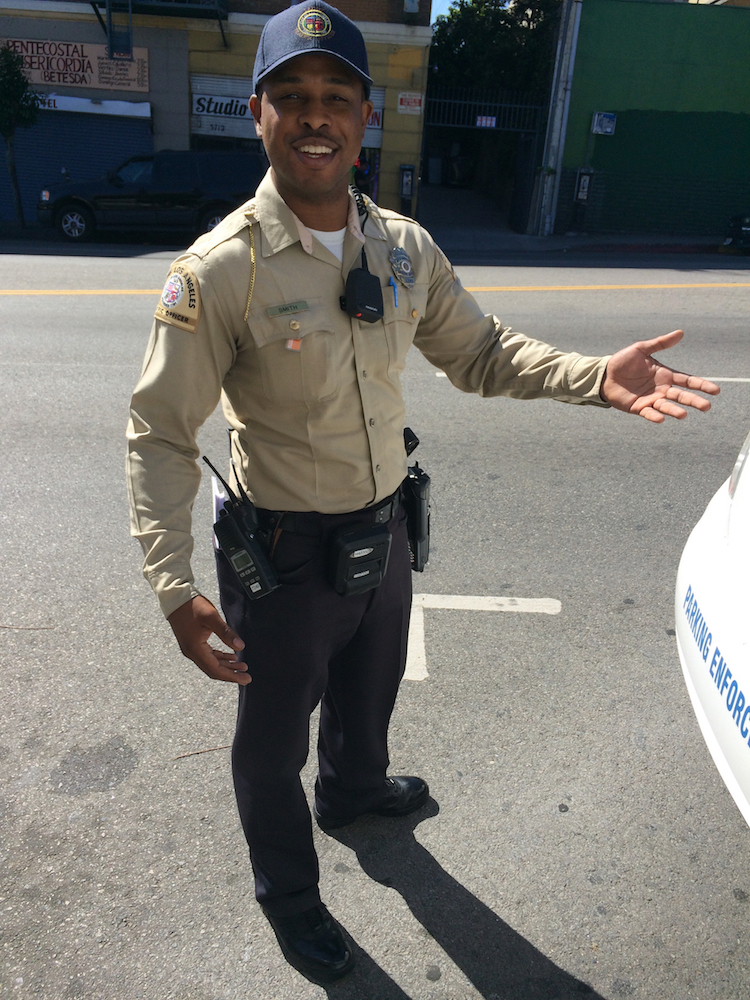 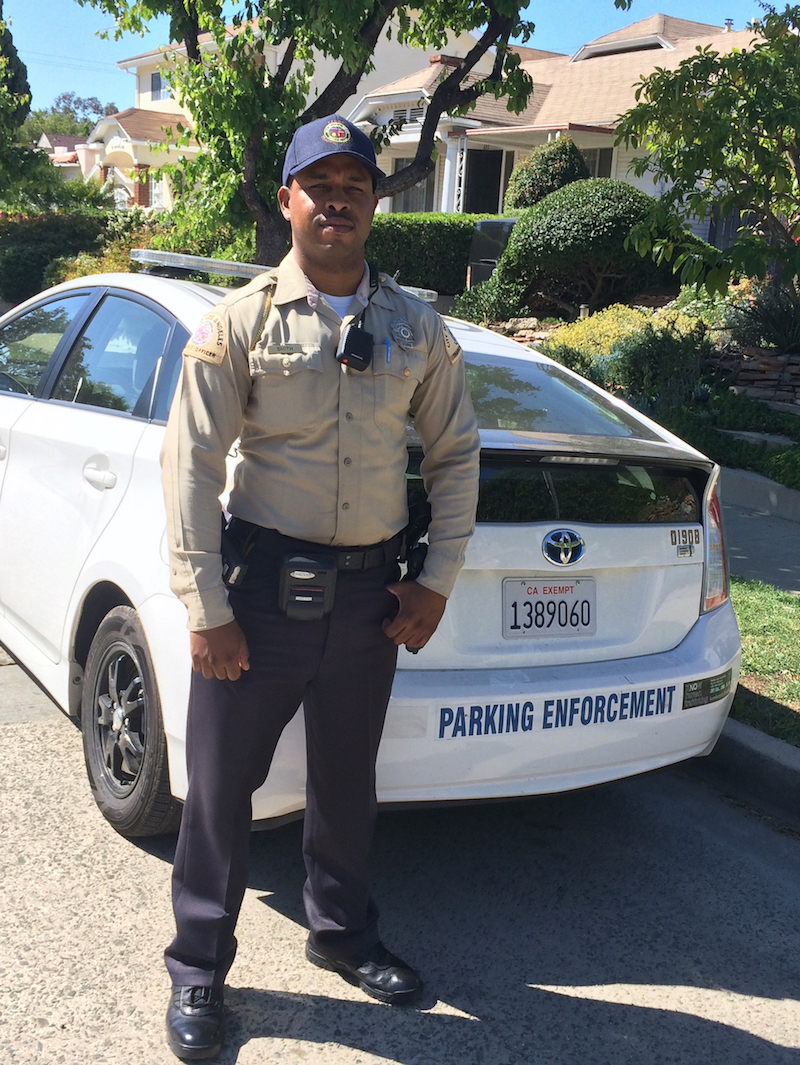 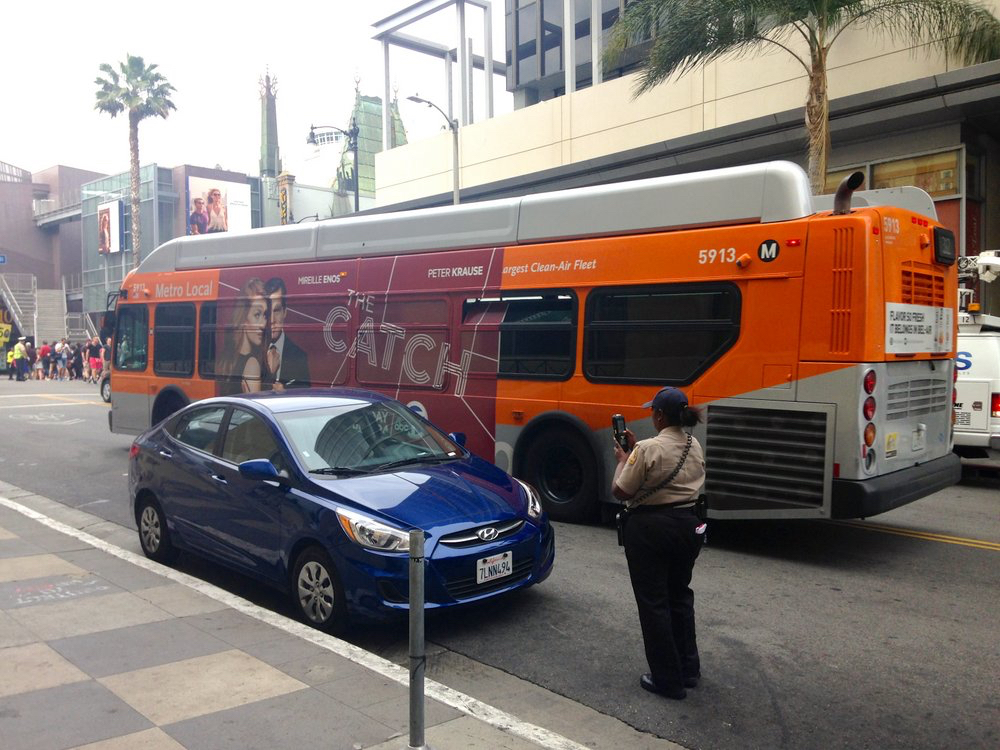 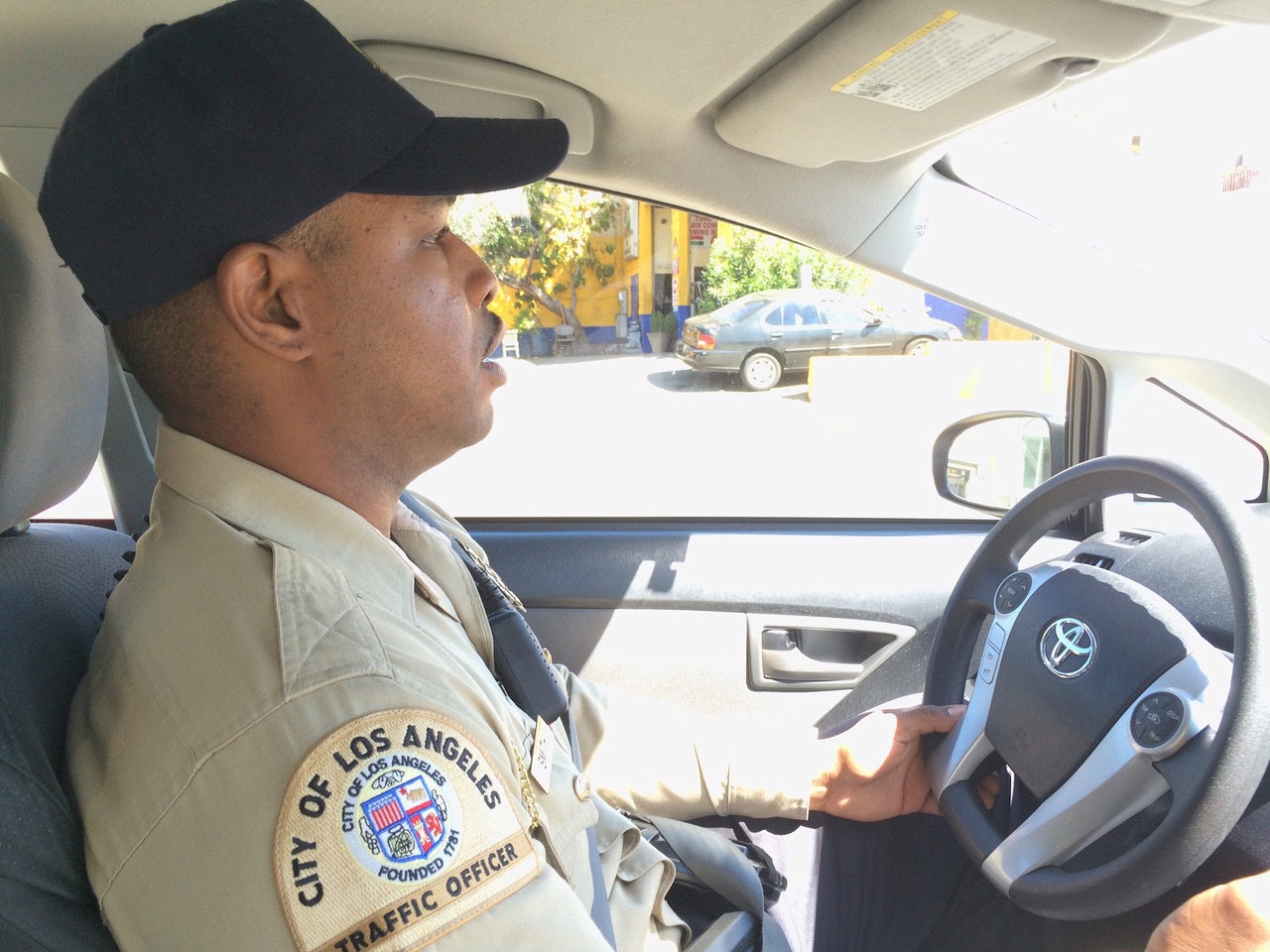 "Everybody thinks we're the bad guy until they need us," says Traffic Officer

What’s your favorite part about your job?
TO Smith: My favorite part? Probably it would be the handicapped detail because you can actually see what service you're providing. When you have someone that's illegally misusing a placard and you see someone that’s actually handicapped walking further than they have to because this person is misusing that space ... I do enjoy enforcing that…
What do you have to say to people who think you're the bad guy?
TO Smith: You know, everybody thinks we're the bad guy until they need us. For every time that someone has cussed me out and this and that, you get those people who thank you for providing a service for them. So i think that's a misconception. We're not out to get you. I'm here to do my job.
So, the LADOT employees helped clear up some common misconceptions about parking enforcement in Los Angeles. The main take away: more than issuing parking citations, traffic officers alleviate gridlock, help kids cross the street safely, protect from villains and aid the LAPD and LAFD. And yes, just in case you were wondering, traffic officers, like most Angelenos, love their burgers.
Do they prefer Shake Shack or In-N-Out, you ask?  In-N-Out, obviously. Traffic officer Smith, Lieutenant Porter, and Sergeant Bowie each order double-doubles.
Parking enforcement. They’re just like us. 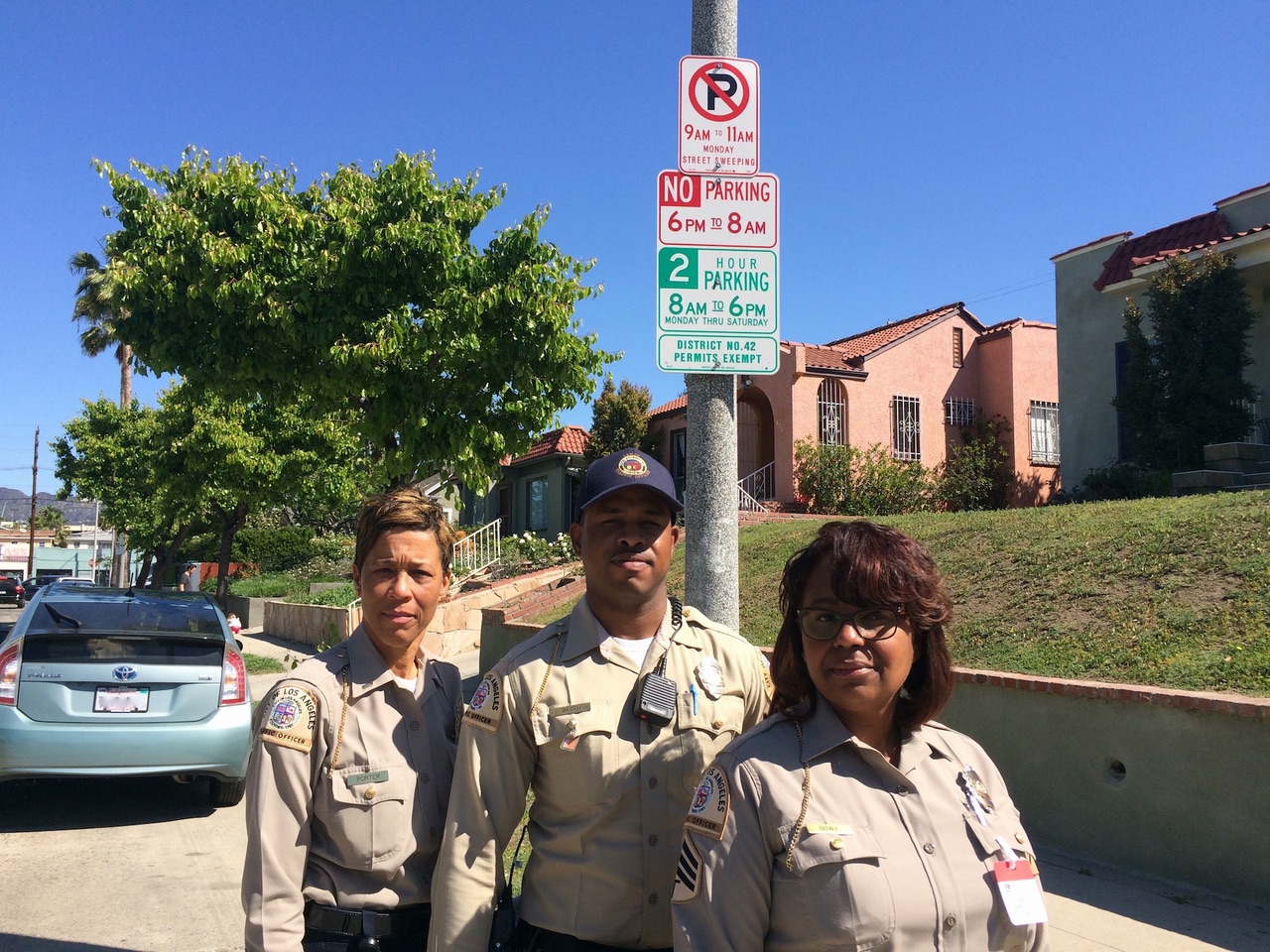 Arden Shore is a writer, dot connector and sock collector from Los Angeles who believes if everyone wore more yellow, we would be one step closer to world peace. After her ride-along with LADOT, she is now offering tutorials on how to decipher parking signs. For more info, follow her @ardyparty.