Get Outdoors in Style with Designer Ilan Dei

Grow Venice is here to help us photosynthesize all over Los Angeles.

What do Israelis and Californians have in common? A fiery hot passion for the beach, dinner parties and hummus, of course. Israelis and Californians have mastered the art of chill, especially outside in the sunshine.
The urban outdoorsman of Los Angeles to rule them all is none other than Israel-born Ilan Dei, a designer of urban outdoor living furniture (and oh so much more) whose minimalist aesthetic you might recognize at Oliver Peoples or Lemonade. You have also probably popped into his Abbot Kinney design studio and storefront, Grow Venice (formerly Ilan Dei Venice) and thought to yourself: can I live here?! 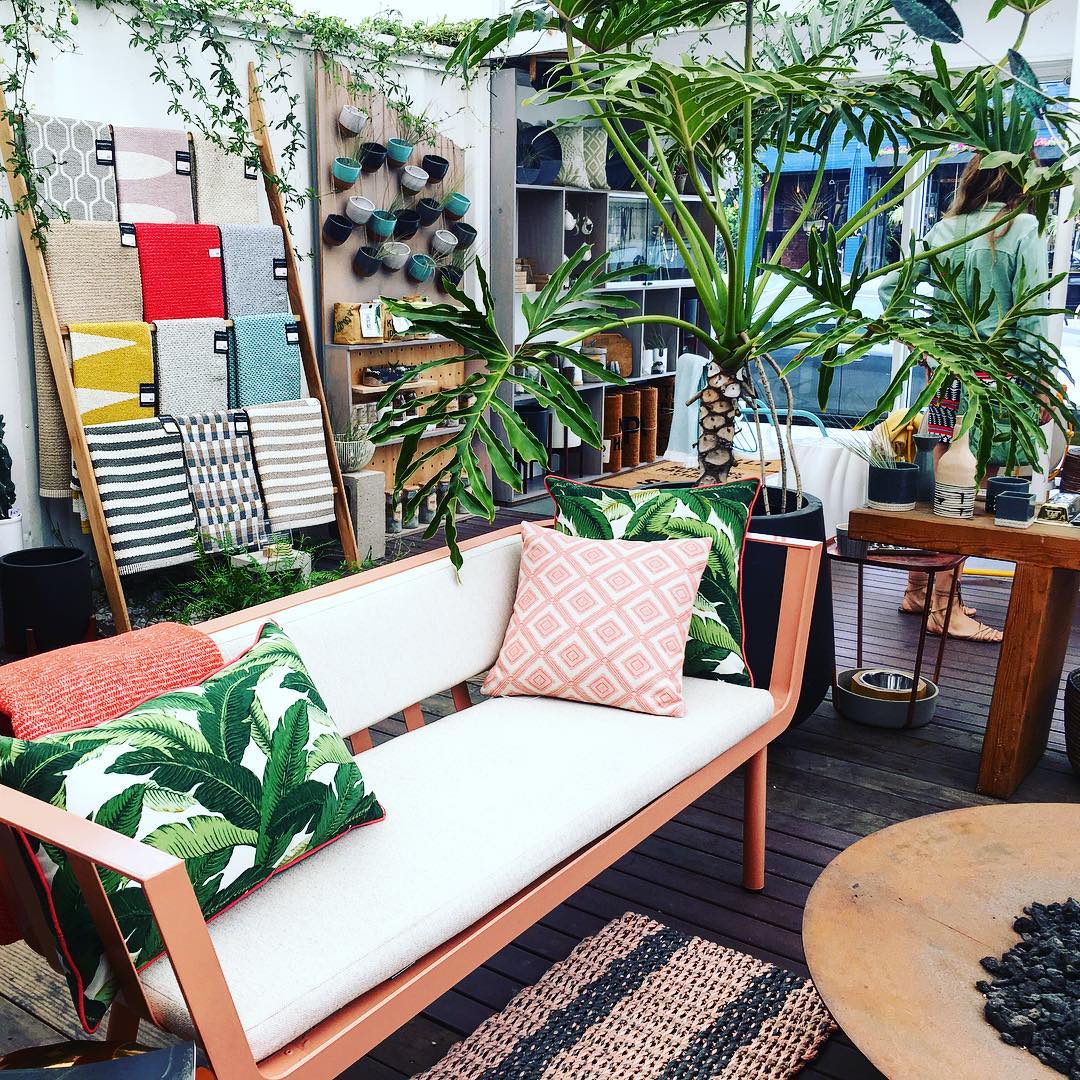 Originally inspired by the joy of hosting outdoor dinner parties for friends at his Venice bungalow, Ilan set out to create a sensory outdoor experience with his design language. Trained by a Japanese woodwork master, he always harkens back to traditional Japanese design, like big sliding doors that open to a patio strewn with his playful but refreshingly unadorned furniture.

Get Citizine Updates Here
“Fusing the lines between indoors and outdoors is key,” says Ilan, who merges nature and shelter into one. His style combines the Israeli and California chill factors with a beautiful mid-century modernist aesthetic. Pops of inviting color, reminiscent of the Mediterranean or or Palm Springs, are also an Ilan signature.
“It's not so much about discovery, but finding a predictable and comfortable outdoor experience,” the designer tells us over the phone with unequivocal wisdom.
Spice up your decor, furniture and greenery at his studio, Grow Venice on Abbot Kinney. Or, simply heed his advice on the most inspiring spots to catch rays in LA. You know they've been quality tested, because Ilan is a creature of habit when it comes to his favorite outdoor hangouts:

Playa Del Rey, Free
Ilan Dei: The beach is really amazing and I like to go to the southern part of the Marina because it's almost a private beach there if you're lucky enough to find parking, you always feel like you're on vacation because there's nobody around you. 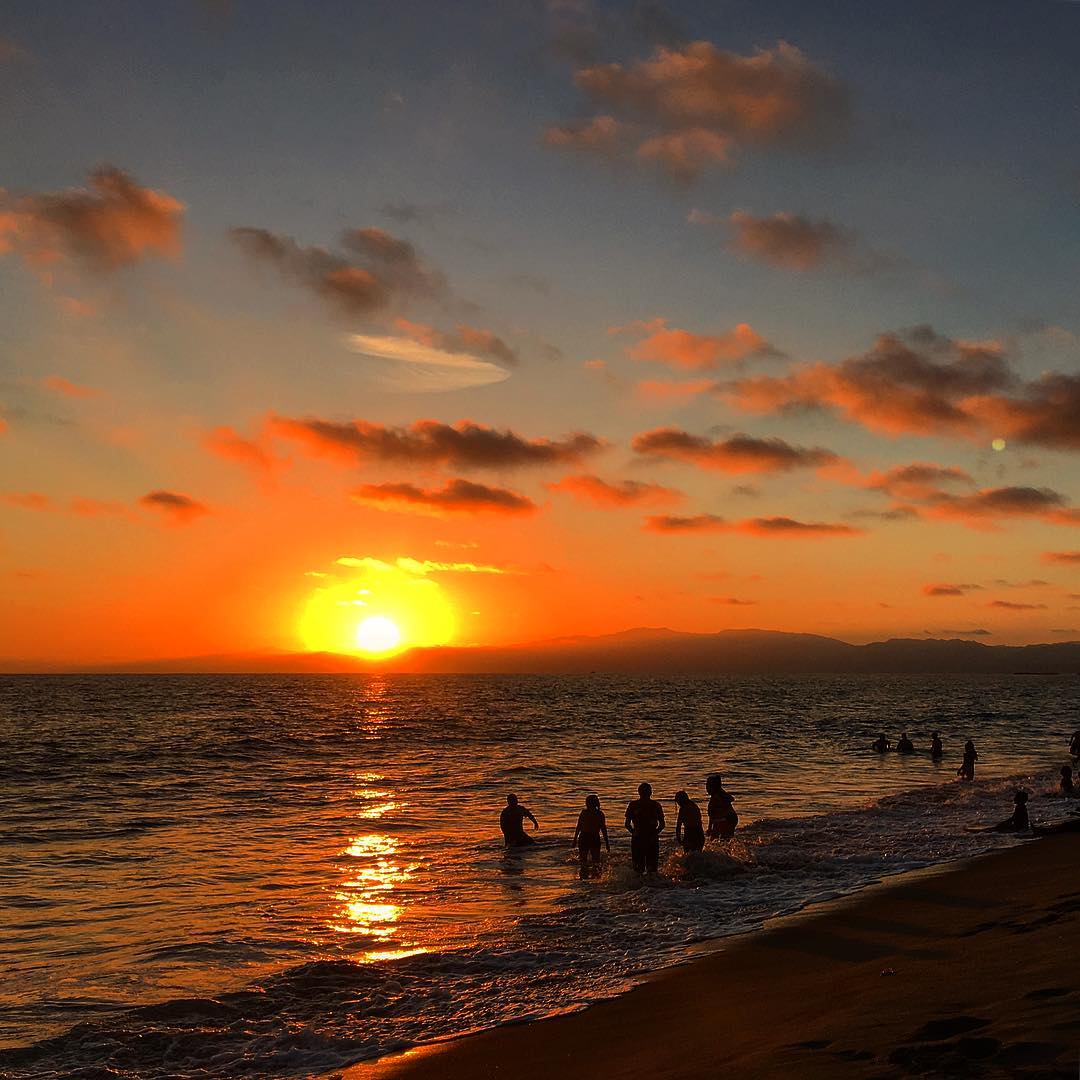 Pacific Palisades, Free
ID: Will Rogers is a great park to be because it’s so spacious and you can take a small hike if you want or you can have a picnic with a group of friends. 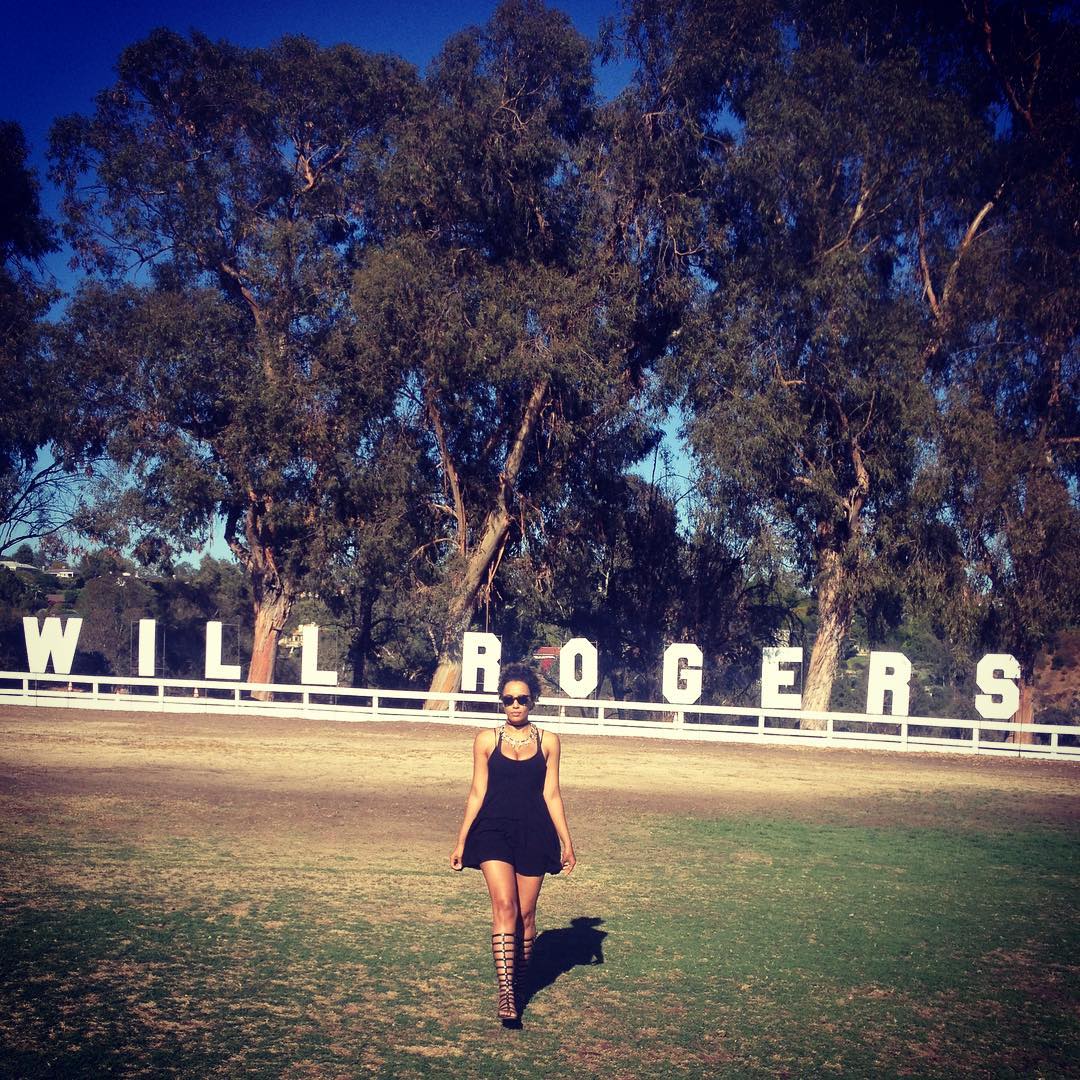 Outdoors galore at Will Rogers. Image courtesy of @themeaganjayne

Brentwood, Free
ID: Being outdoors at The Getty is almost better than being indoors at The Getty. It’s all about the garden. Did you ever see that documentary, Concert of Wills, [about the making of the Getty] where architect Richard Meier and Robert Irwin, the artist hired to design the garden, were arguing about the garden? Richard was yelling at Robert—who's actually not a landscaper, he's a minimalist artist—because Richard wanted the garden to adhere to the museum guidelines, but thank god Robert didn’t listen because the garden looks amazing. Robert is one of my artist heroes on the West coast because all of his work is extremely minimal (the garden doesn't represent his work exactly) and he stood up for himself. Now look what we have! 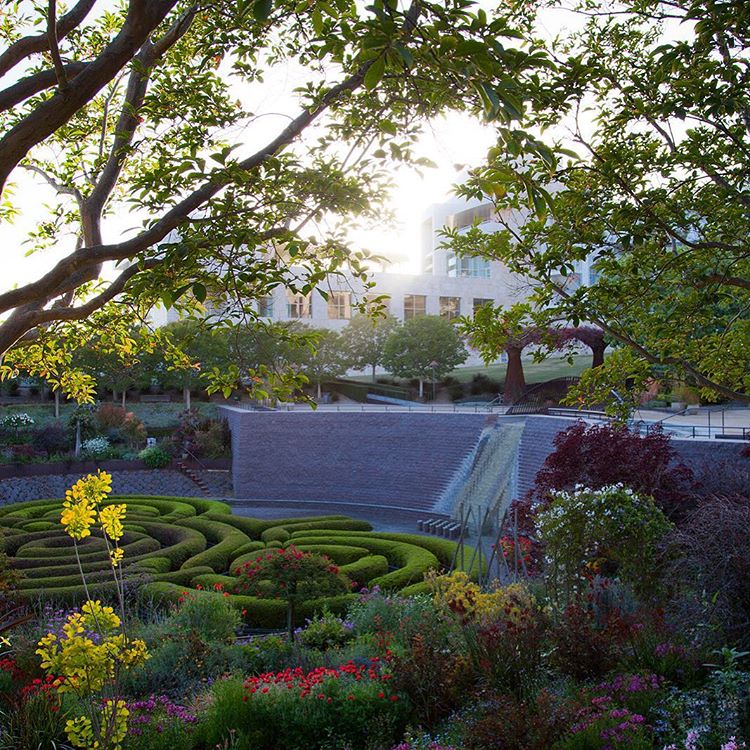 Gardens at the Getty. Image courtesy of @thegetty.

San Marino, $$
ID: Classic, but amazing, and I could go there five times a month if I could. This is one of these amazing places that we have in LA where you just get rich experience. The Chinese garden is quite amazing. 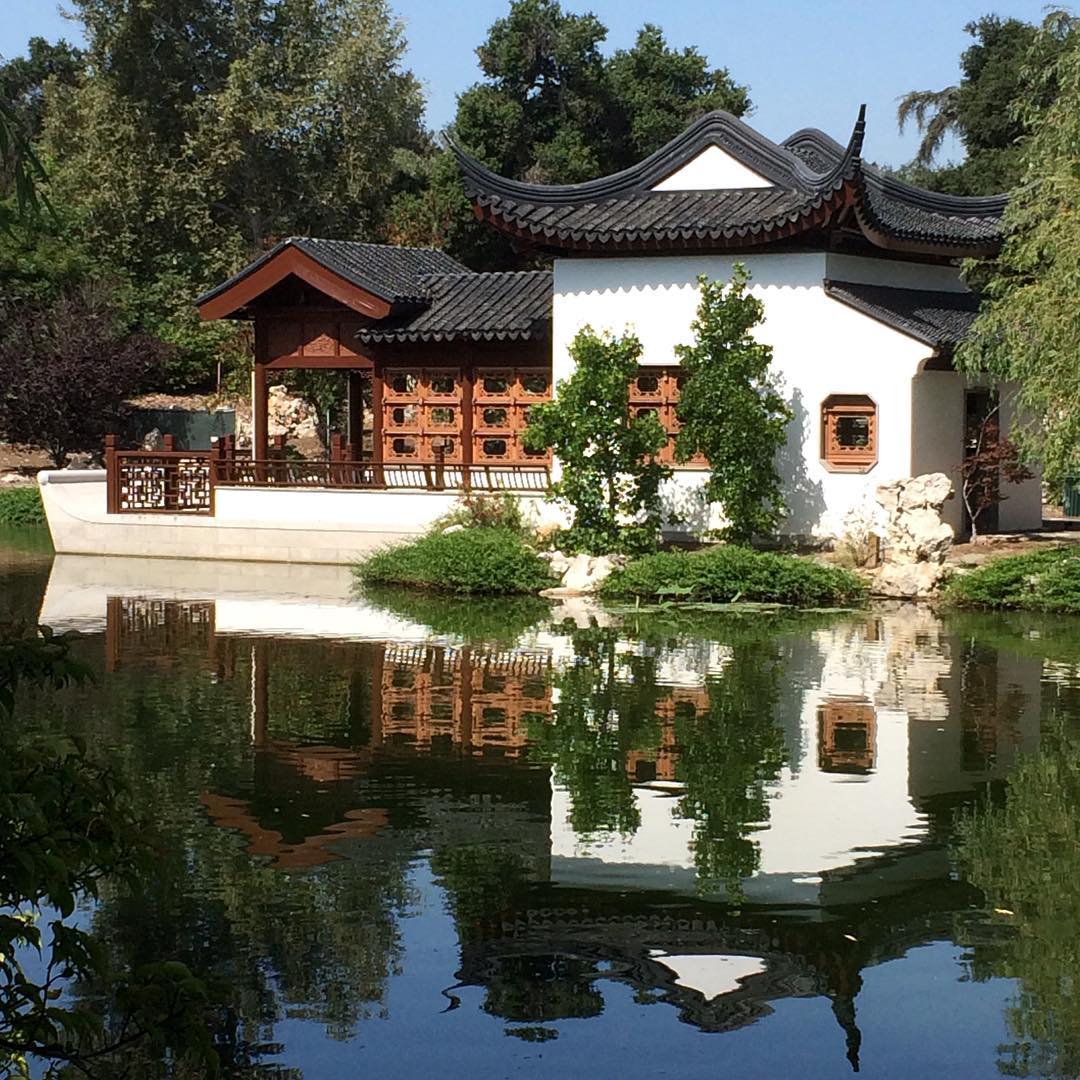 Venice, $$
ID: The Gjelina backyard is really something special because it's open to the sky. To order, the pork belly is the greatest, and the kale salad is a classic that I still eat all the time. That's where we do all of our end of the year parties! 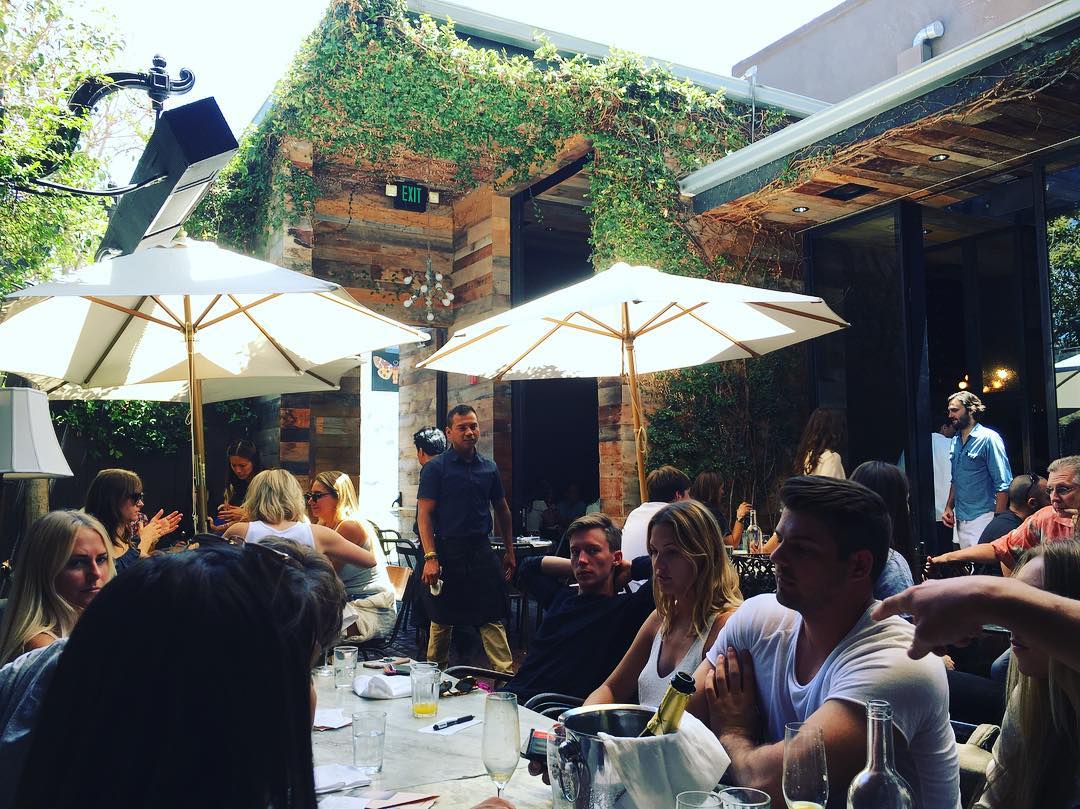 Back patio at Gjelina. Image courtesy of @themexican_sf

Venice, $$
ID: Another great place to be outside that's almost on the cheesy side is on the rooftop of the Erwin hotel. It's really fun and if you hit it right when it's not rowdy, it's really amazing. It's a great perspective on Venice. 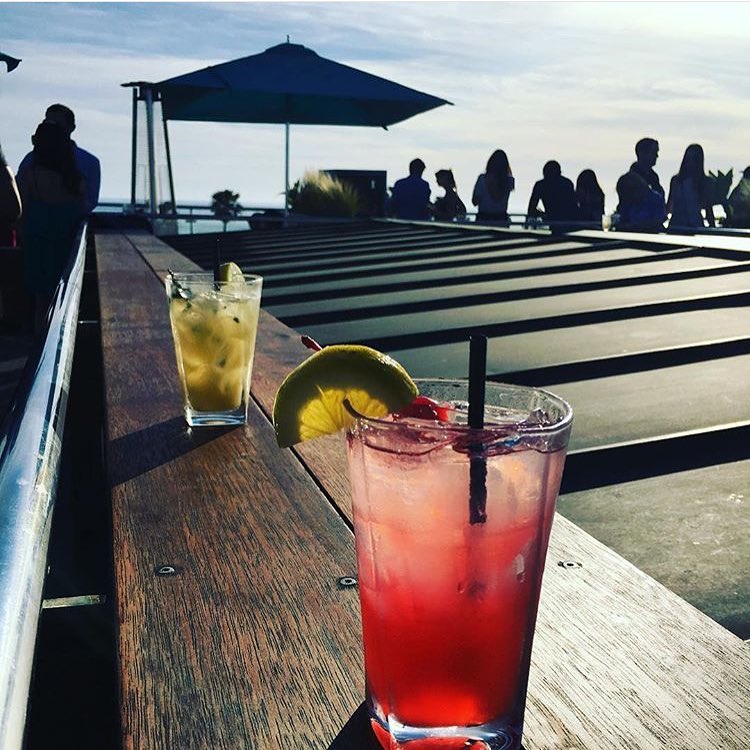 Culver City, $-$$$$
ID: Platform will be an amazing place to be. And I see it happening already because we've accomplished what we set out to do, which is set up multiple little intimate gatherings. And everytime I go there, people are outside eating or singing or playing with their kids and it’s comfortable and I think it has the potential to be a kind of iconic place. 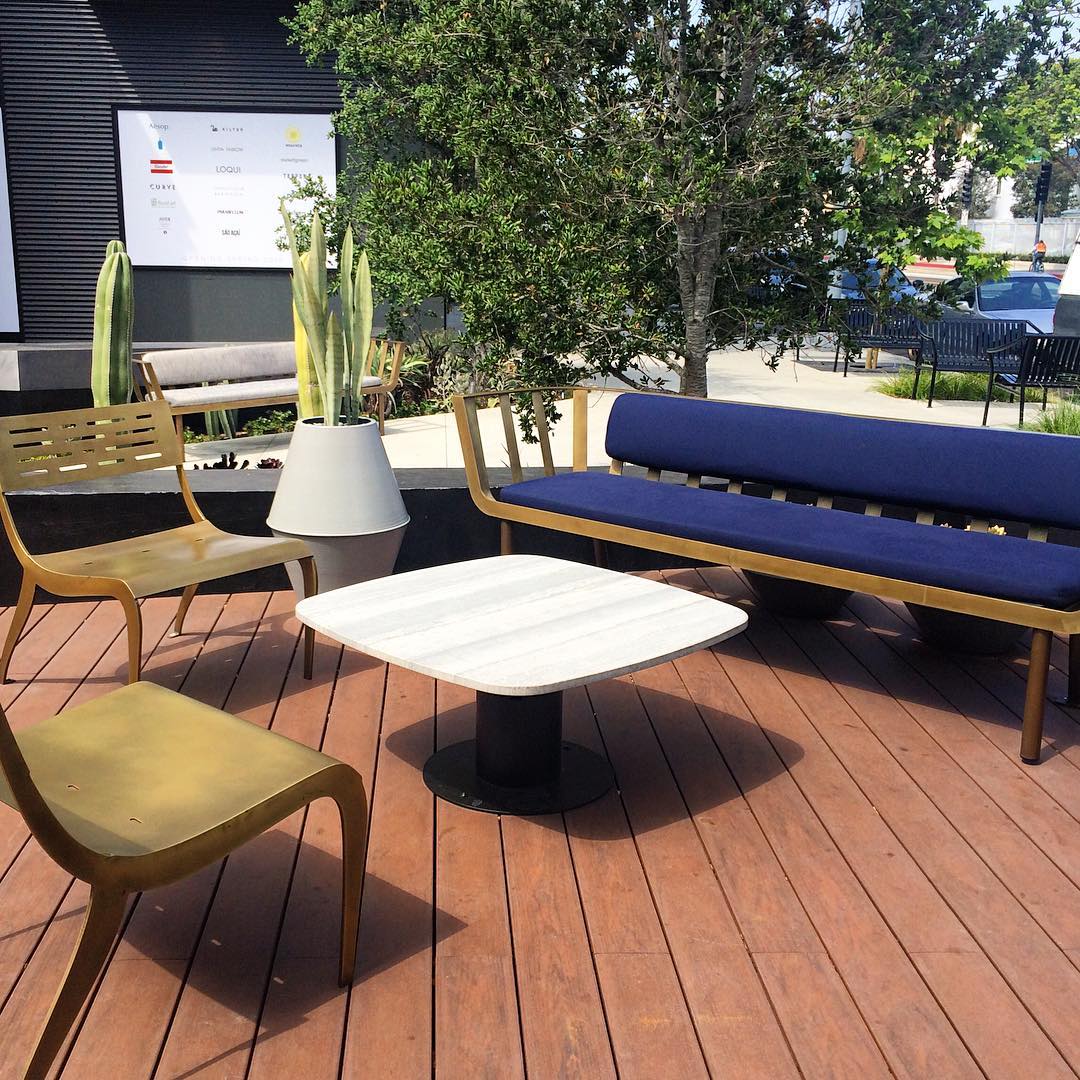