Explore LA with Stef Dawson from The Hunger Games

With her porcelain doll features, flaming red hair and vintage flair, Stef Dawson could easily hail from another time or otherworldly place. Tinseltown has certainly taken note of Stef's transcendental talents. The actress’ recent resume is a smorgasbord of period projects that reaches across different eras and realms.
Most notably, we watched Stef portray the beloved Annie Cresta in The Hunger Games series, which spanned from 2012 through 2015. Nailing the role of the mentally unhinged victor, her character finally caught a sanity break when she locked lips and tied the knot with Finnick (played by heart throb Sam Caflin) at one of Hollywood's most epic weddings of the year. 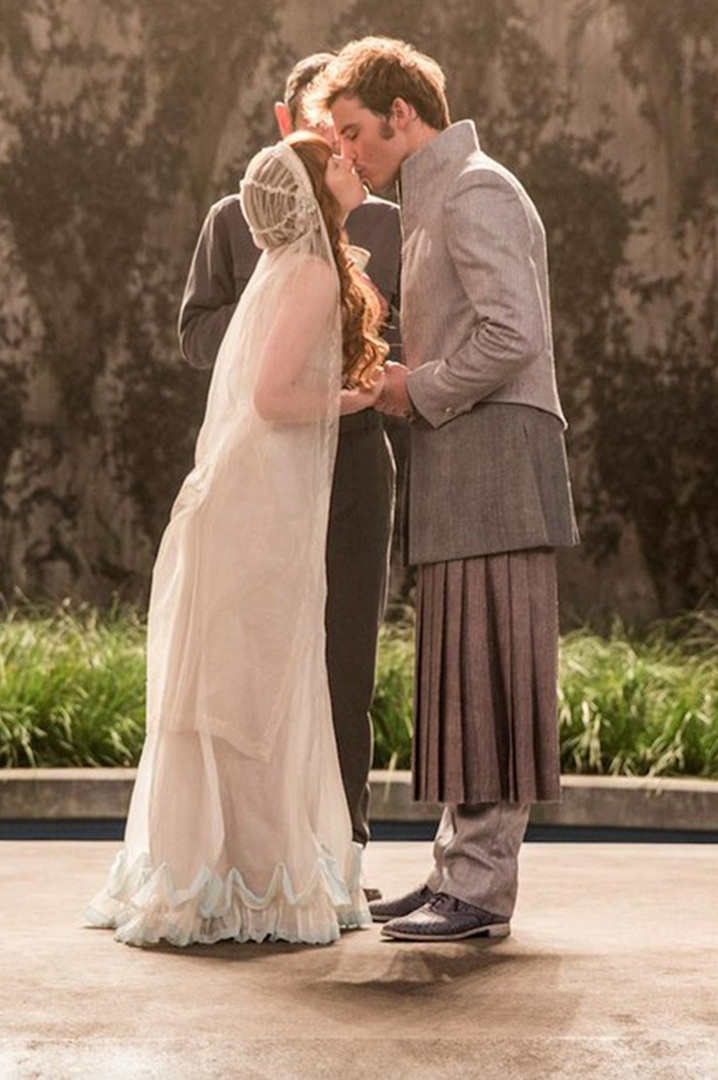 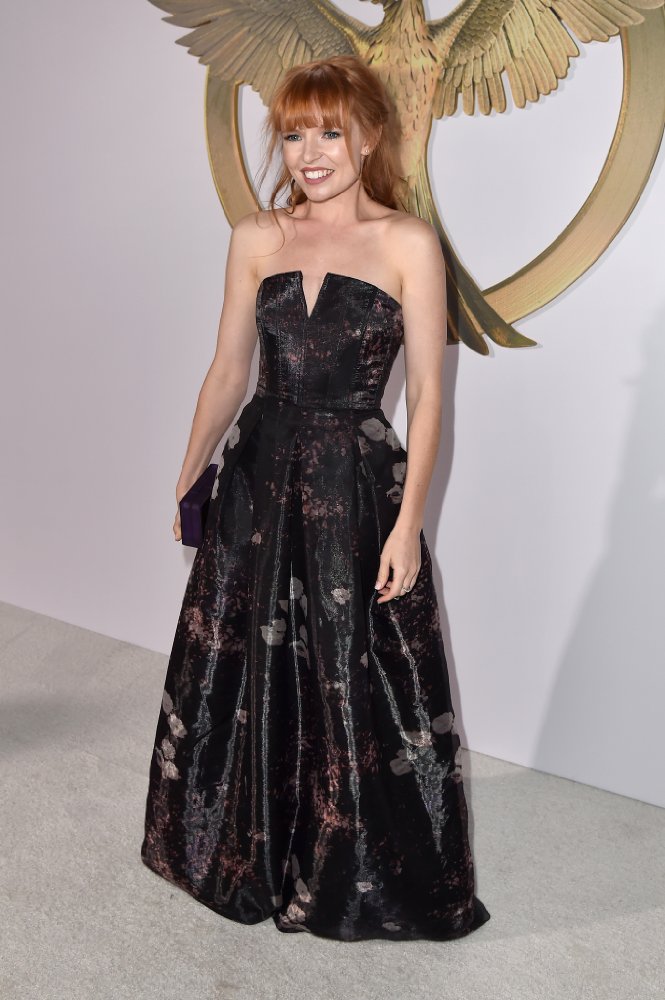 Stef at The Mockingjay—Part 1 premiere. Image courtesy of @stefdawson

Currently Stef is competing in a different kind of arena—the festival circuit. She plays key roles in three award-nabbing films: Creedmoria, portraying a spirited teen in 1980s Queens; The Paper Store, which earned her Best Actress at the Oxford International Film Fest and The Lennon Report, about a nurse racing to save John Lennon’s life. Last but not least, Stef stars in a new and highly acclaimed Australian TV series, Cleverman, opposite Iain Glen from Game of Thrones (All hail Jorah Mormont!). 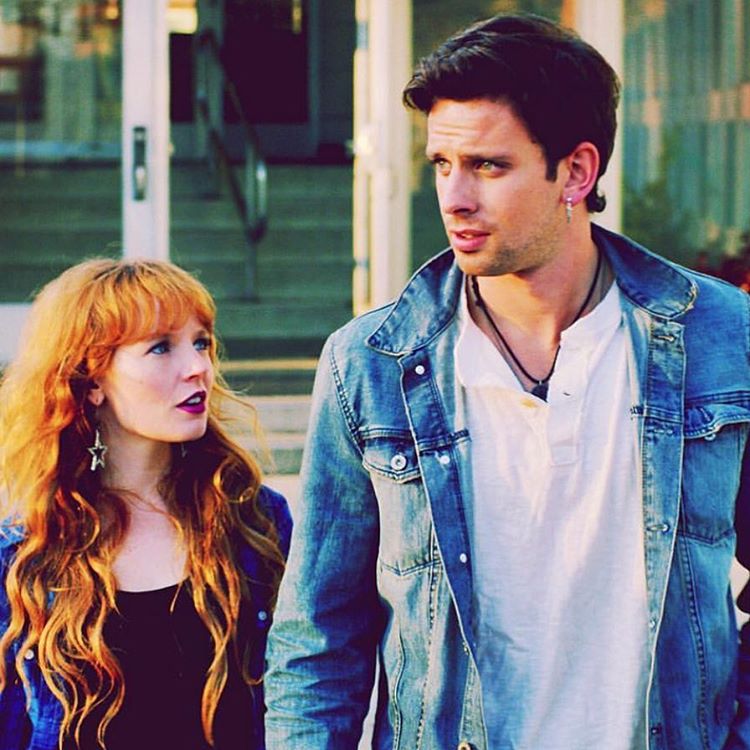 Stef as Candy in Creedmoria. 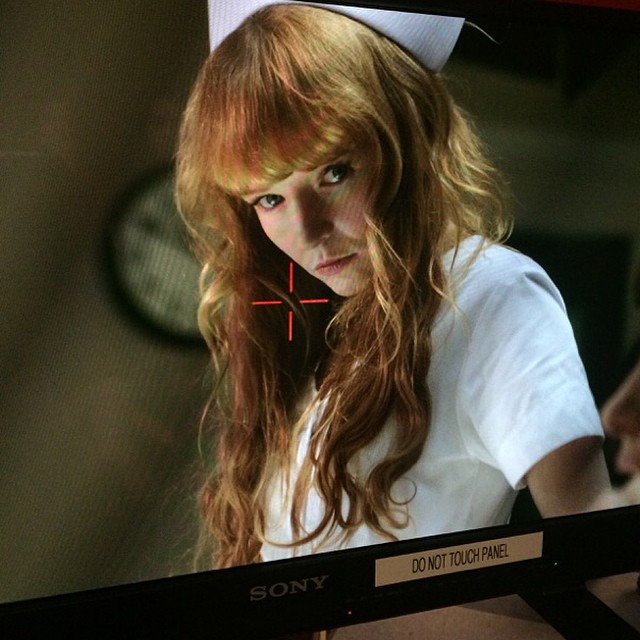 Stef in The Lennon Report. Images courtesy of @stefdawson

With such a frenetic schedule, how the hell does the LA-based Aussie find time to relax?
Stef says she looks to her favorite local haunts to keep her sane. Below, she drops all the deets, plus a few fun facts. (Who knew she’s an equestrian vaulter who can sing in Vietnamese?!)
From french bistros to vintage stores and old-timey bars, the self-confessed romantic takes us on a nostalgic walkabout 'round LA's Eastside:
Get Citizine Updates Here 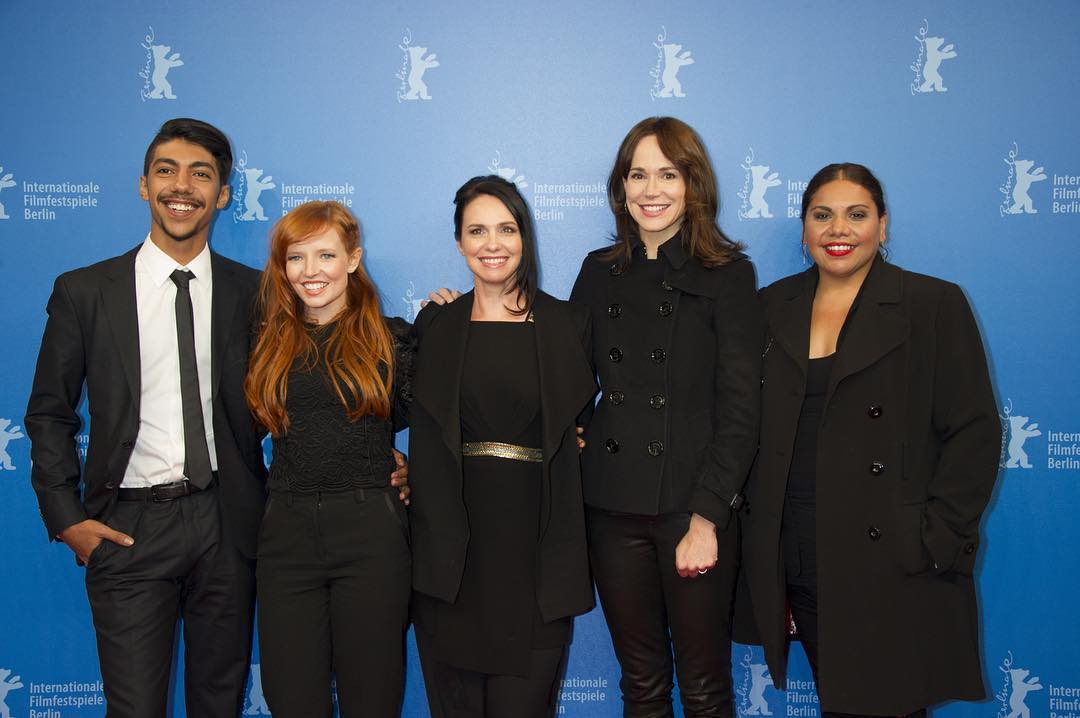 Los Feliz, $$
Stef Dawson: Coming from Australia I have an obsession with American diners. They remind me of old school hollywood movies. Fred 62 has such a cool aesthetic and I love all the framed movie stars on the walls. I’ve spent many a late-night here after a red carpet event. It’s the perfect place to take off your heels and order one of their amazing malts with thick vanilla bean ice cream. I also love the California Omelette and the Ahi Tuna Freshwich. 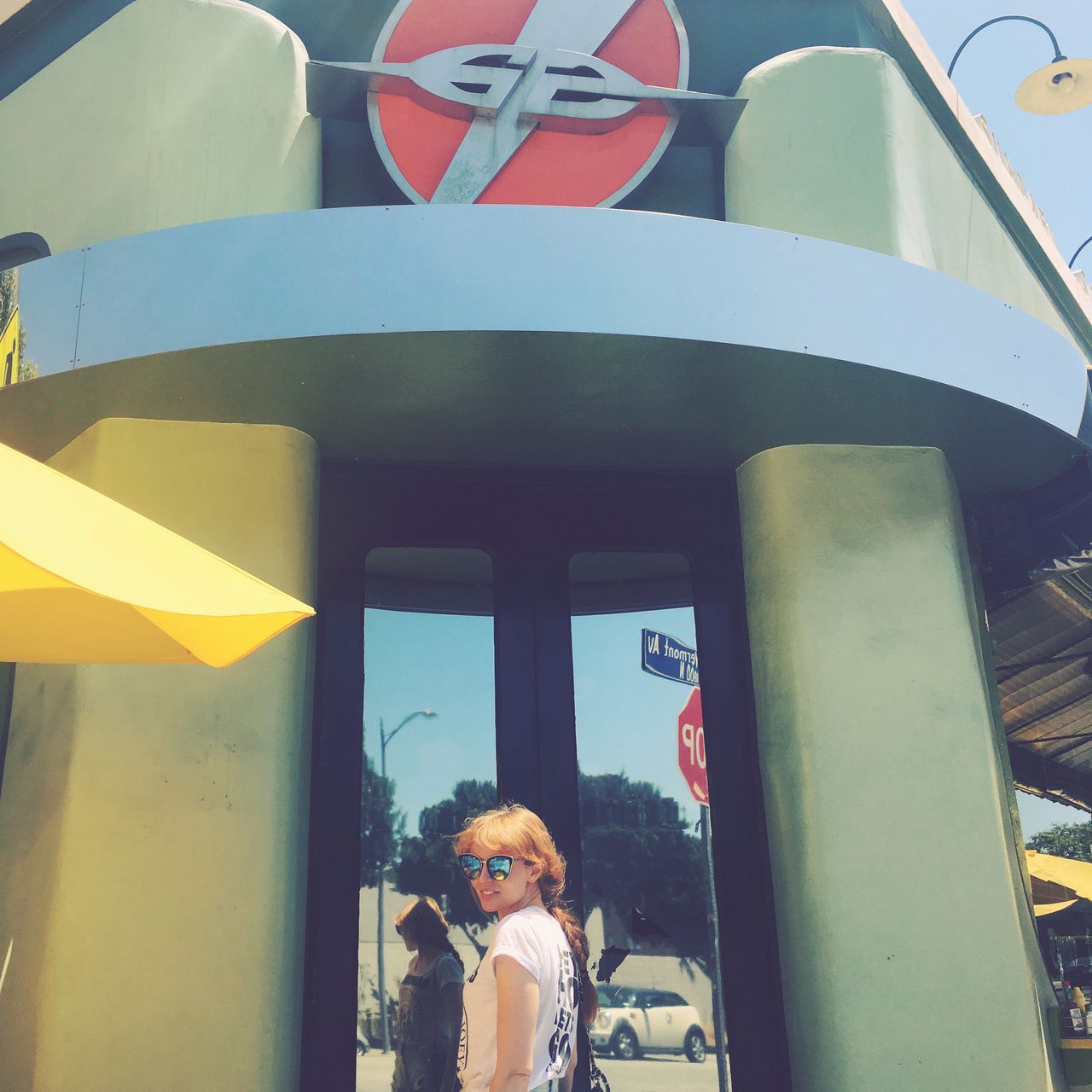 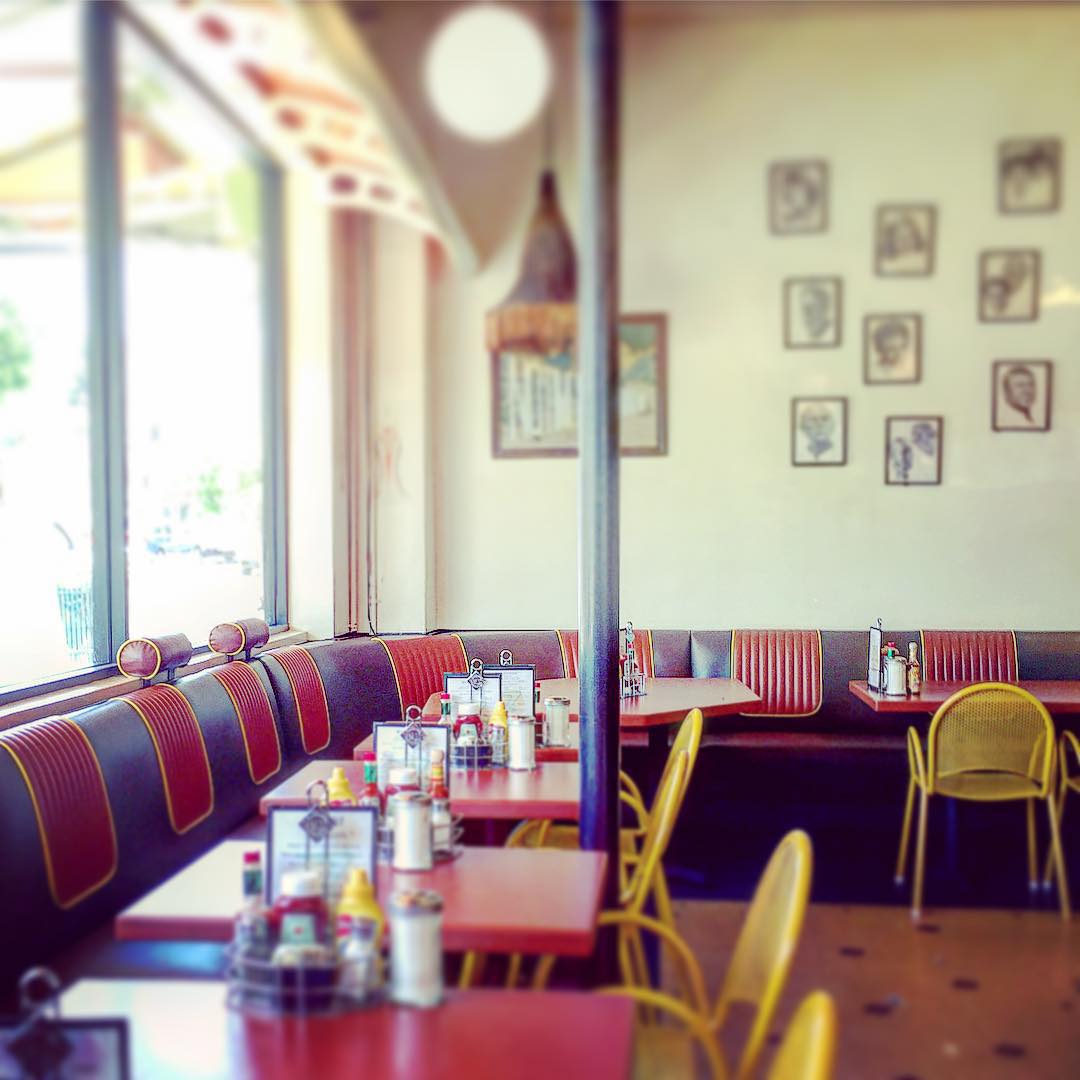 Los Feliz, $$
SD: Having spent some time in Paris when I was a kid and also the most amazing time when I was filming Mockingjay Part 2, Figaro makes me feel like I’m right back there, like stepping into a little bit of Paris. I always order the ‘bowl’ of coffee that’s as big as my head. I love sitting outside when the weather is warm and they have the most amazing happy hour with smaller meals like mini hamburgers and traditional french fries. 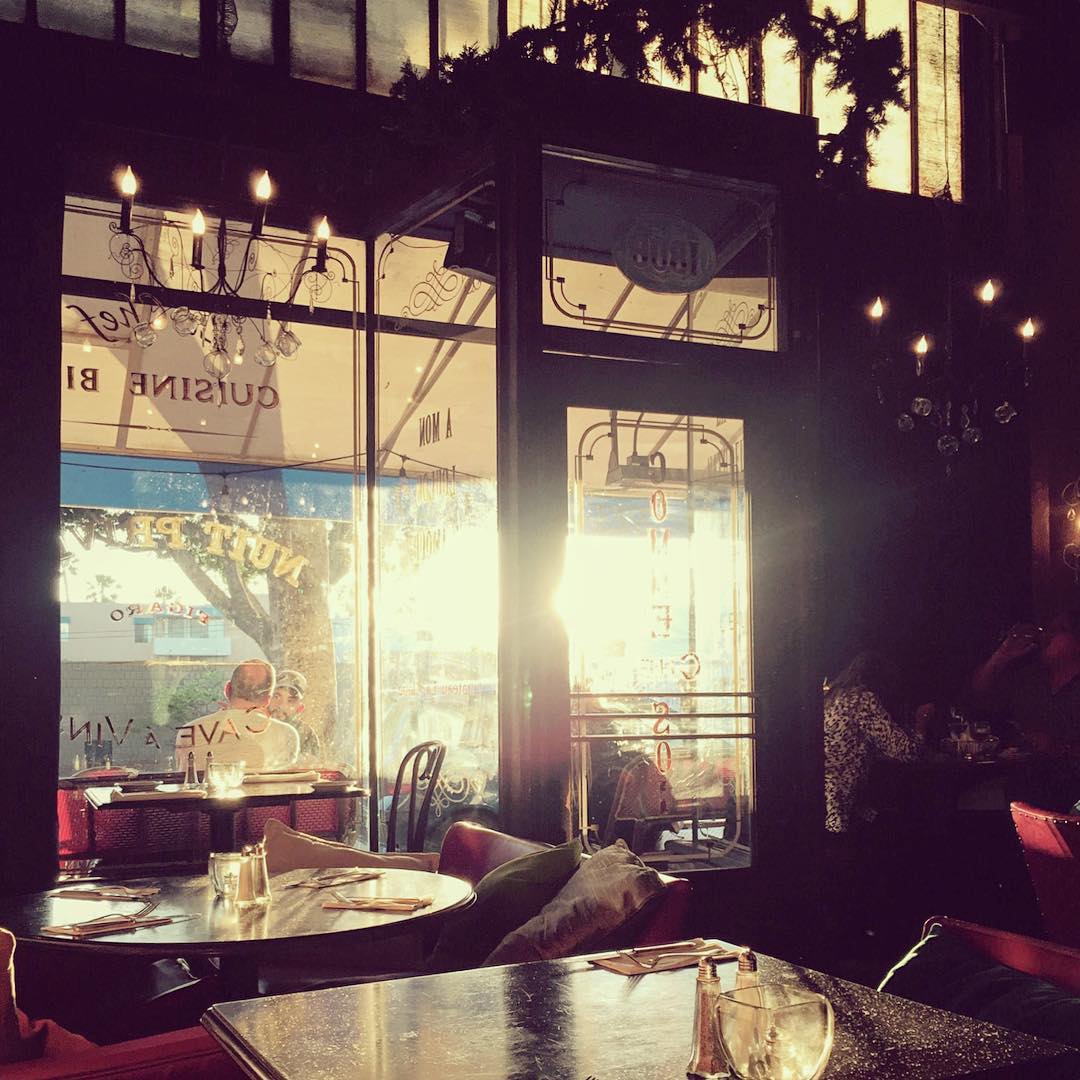 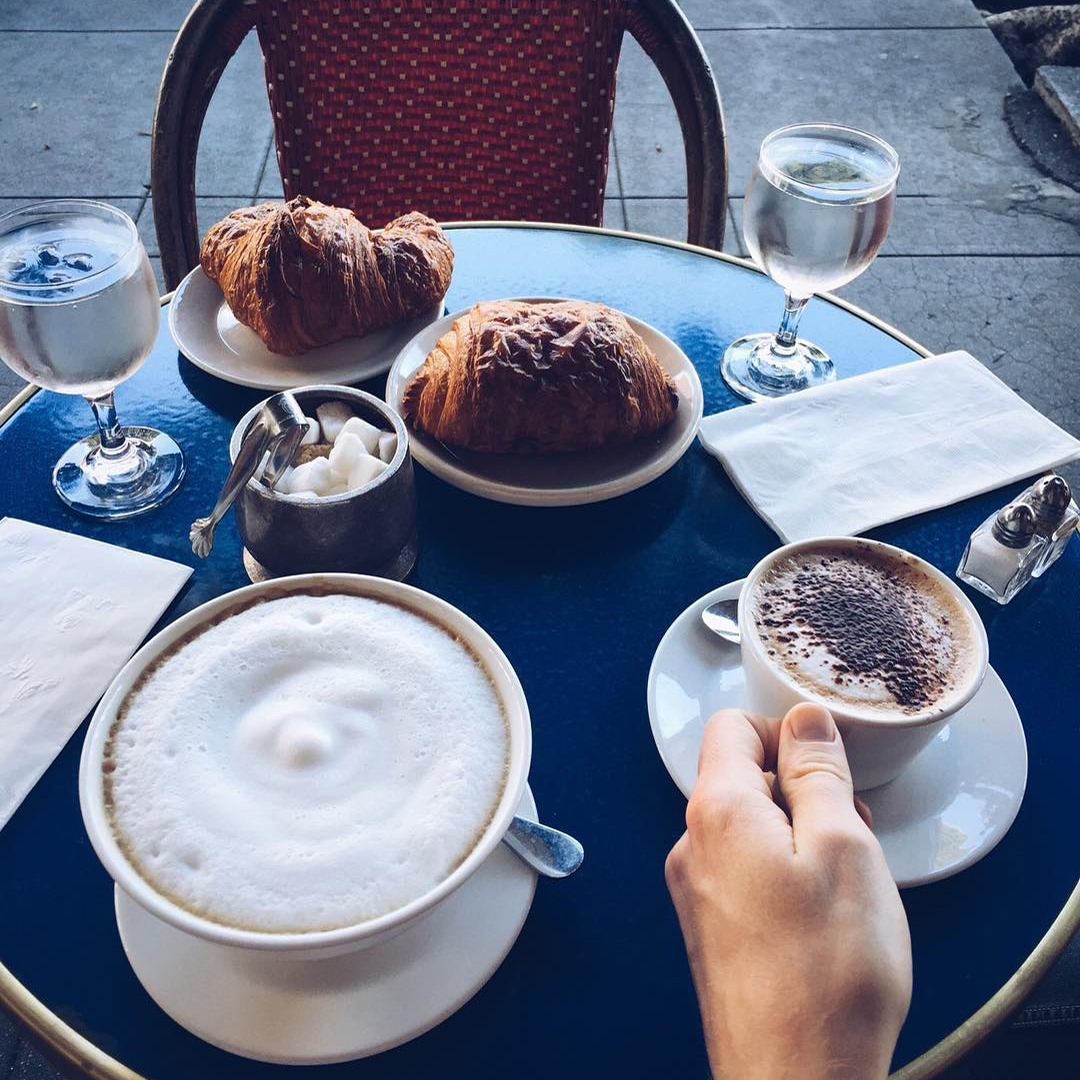 Silver Lake, $
SD: I have such a love for Vietnam and have spent time there with the Blue
Dragon Children’s Foundation who I've been donating to over the years. My love of Vietnam was actually inspired by a role in a show I was in some years back. It was a musical based on a Vietnamese fairytale and they were like, “Do you think you could learn this in Vietnamese?” I thought it was an interesting challenge and fell in love with the music and I’ve continued to sing in Vietnamese ever since—for charities such as Blue Dragon. I have so many Vietnamese friends that are like family. When I went to Vietnam my favorite food was the pho, usually eaten for breakfast. At Pho Cafe, it is pretty spot on—very simple but so delicious. I also love Vietnamese coffee which they also serve. Some beef pho and an iced Vietnamese coffee and I’m a happy girl. 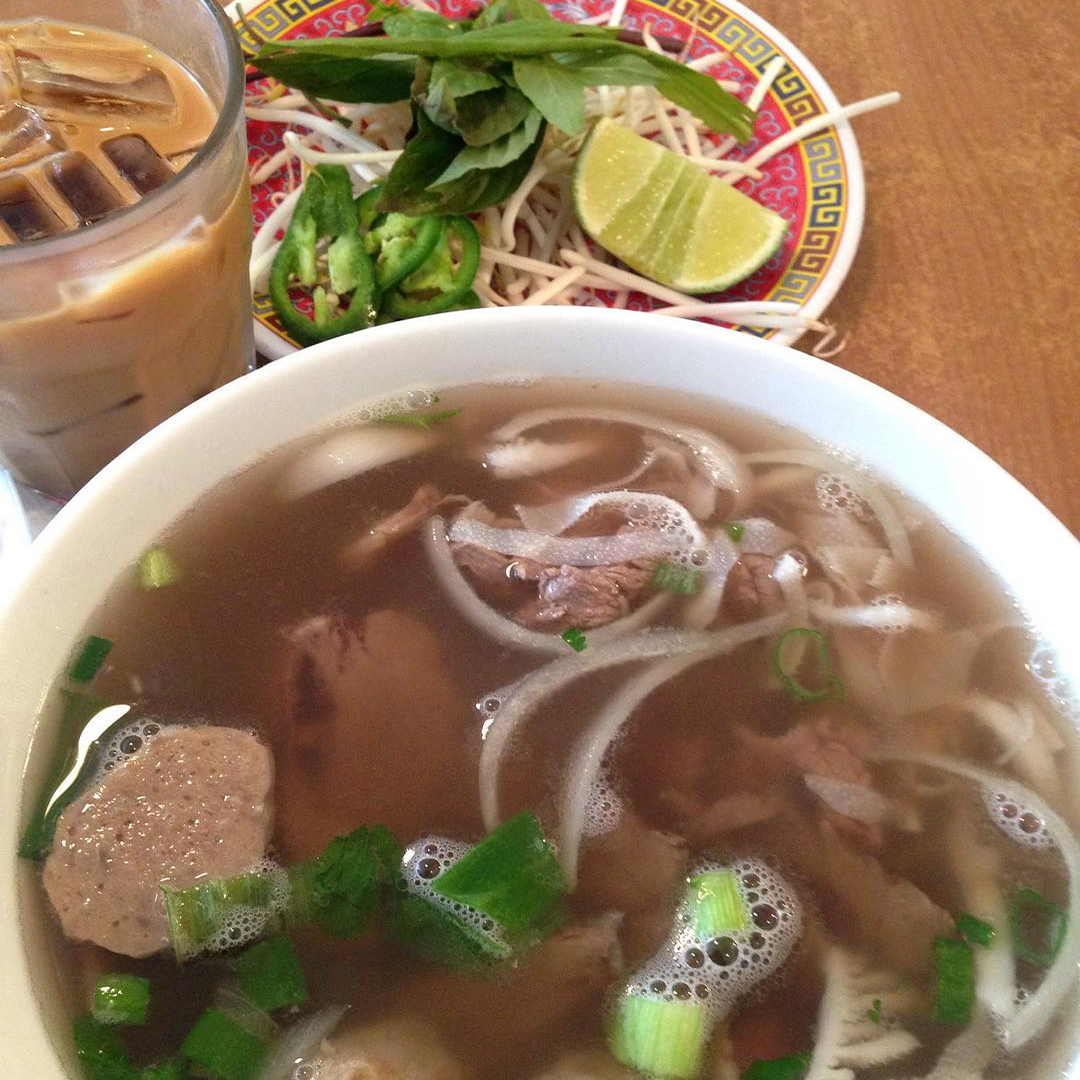 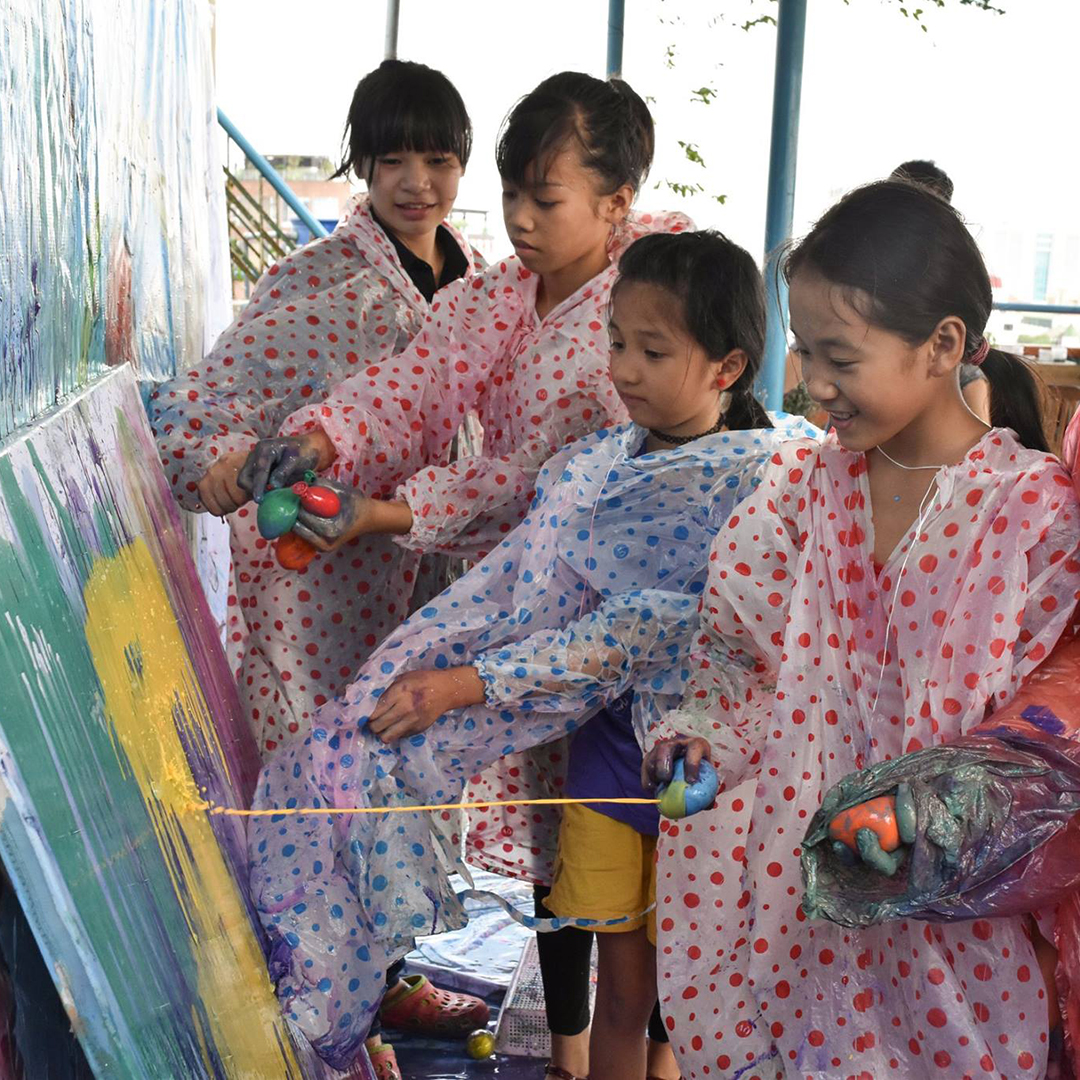 Los Feliz, $$
SD: Stamp is located right where the iconic nightclub, The Derby, used to be. Way before my time, but I love the idea that Los Feliz had a happening swing dancing club where you could go and step back in time and kick up your heels. If only it was still here! The food at Stamp is exceptional and super healthy. They also have free wifi which means I can sit here and do work. I usually order one of their amazing smoothies: like the Vegan Chocolate or the LA PB&J shake. I also love their Runyon Green Machine juice. If I’m hungry I might grab the Kale Cobb Salad or for breakfast, the Vegan Banana Buckwheat Pancakes. 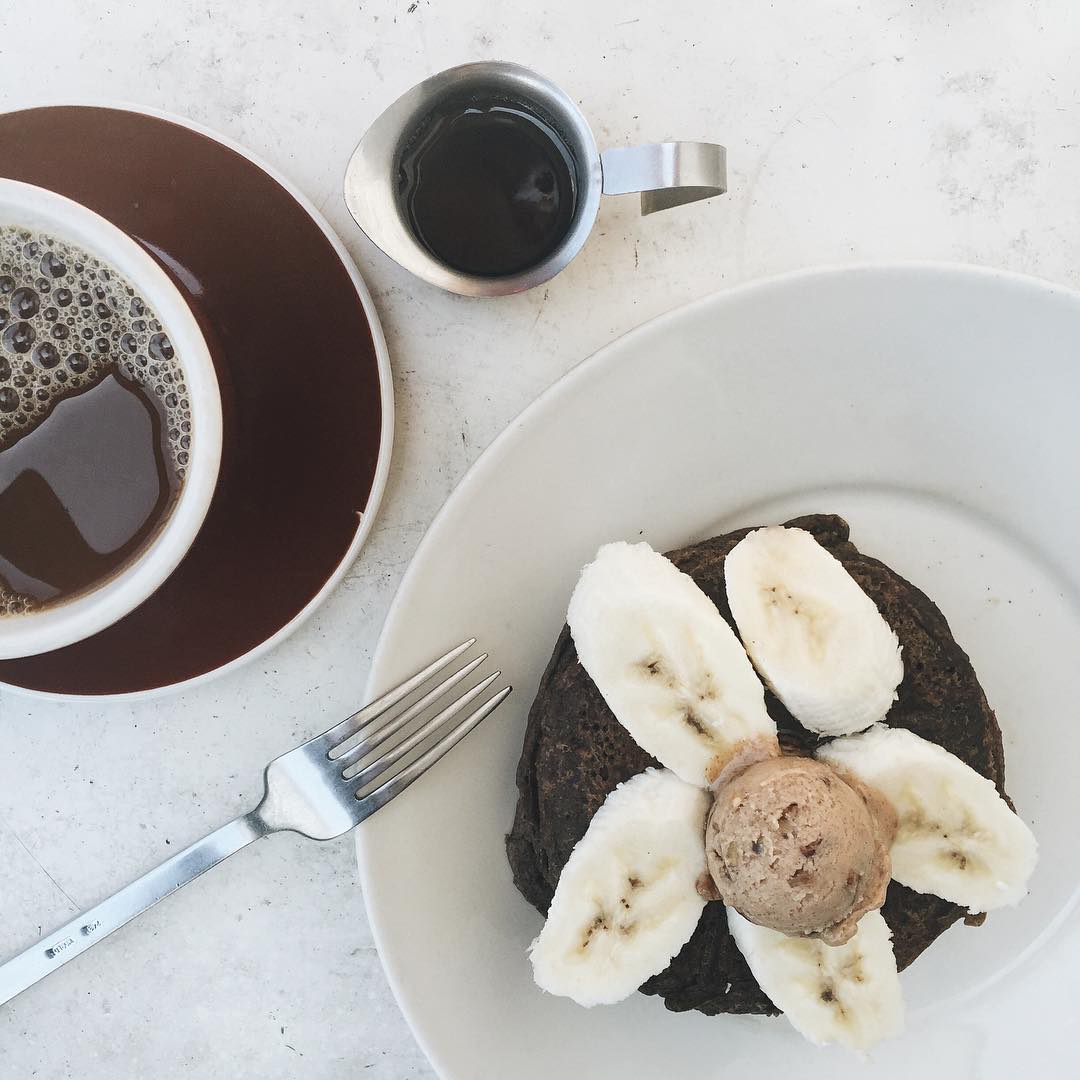 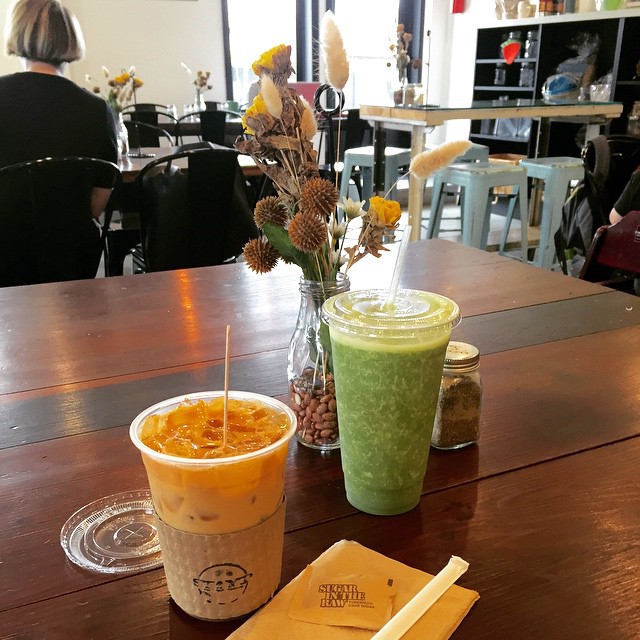 Los Feliz, $$
SD: Coffee is like art to us Aussies. We take our coffee very seriously. Bru also takes their coffee very seriously. So we get along rather well. It has a Sydney or Melbourne vibe, so I can sip on my coffee here and imagine that I’m not so far from home, especially as it seems to be a magnet for Aussies in the area on the hunt for good coffee.​ 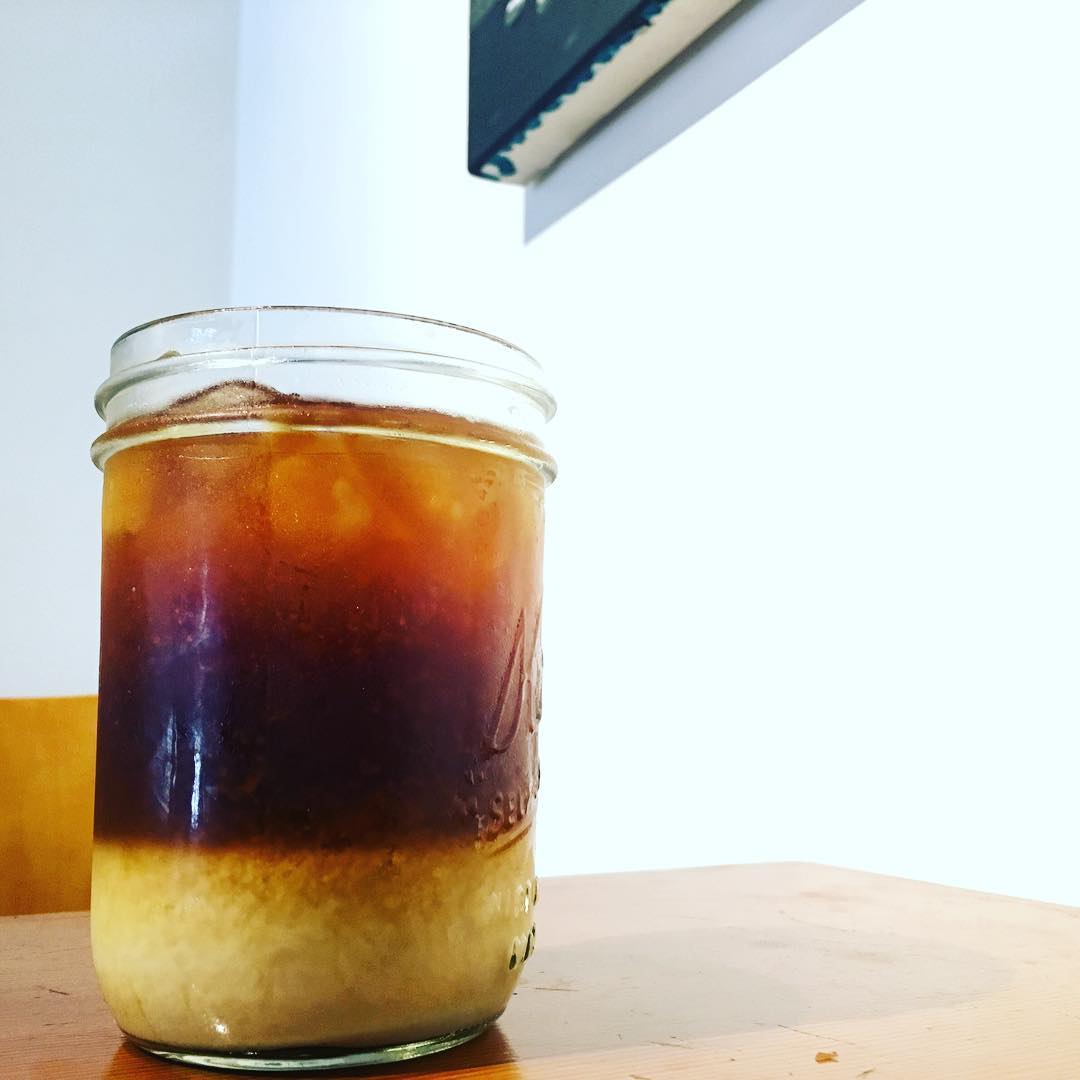 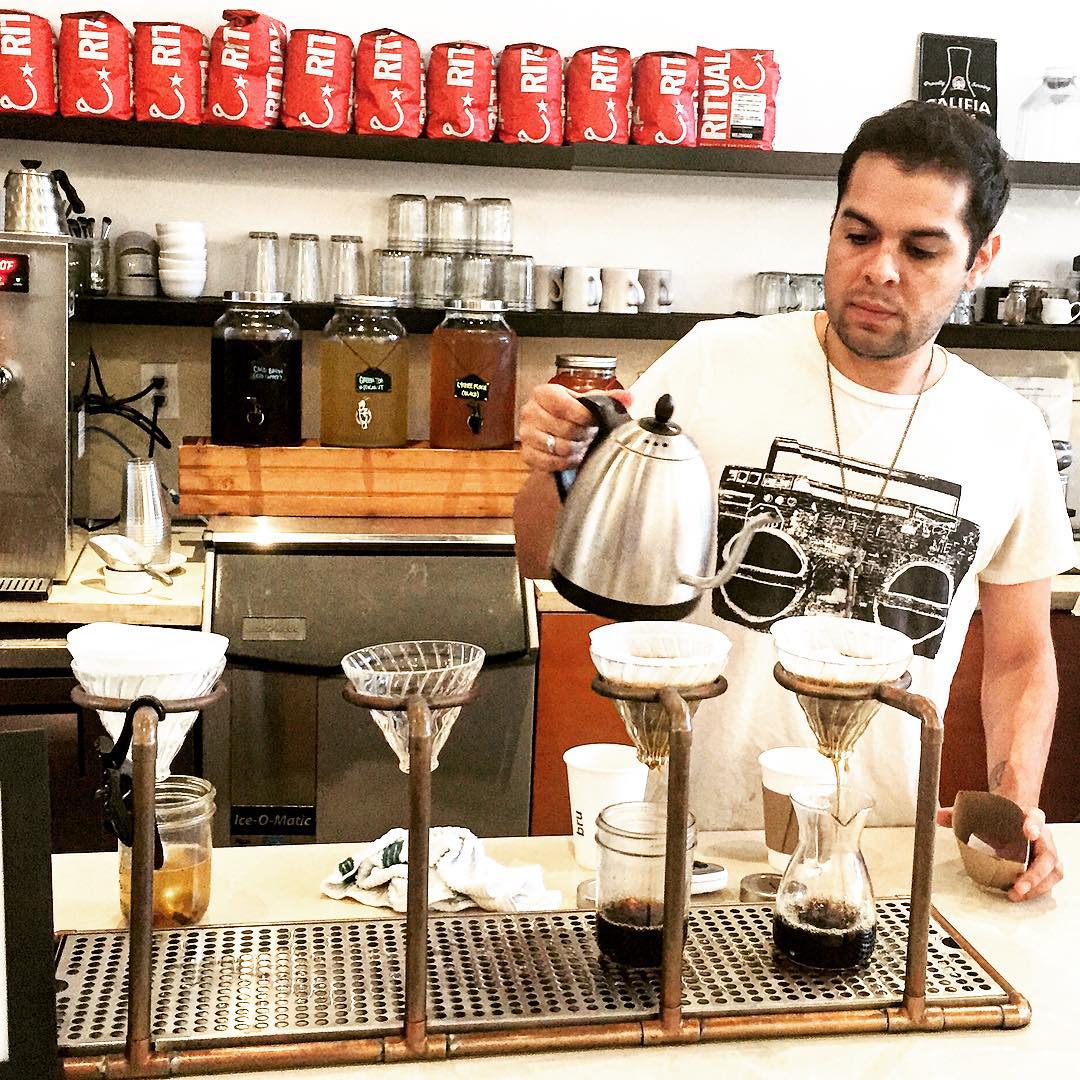 Silver Lake, $$
SD: This store is very dear to my heart because I picked up a very special item here — a vintage western slip, which I ended up wearing to audition for Annie Cresta in The Hunger Games. Our director, Francis Lawrence, and costume designers, Kurt and Bart, loved it so much that it became the basis for Annie’s wedding dress in The Hunger Games: Mockingjay—Part 2. Instead of Annie wearing the green dress, as in the book, the dress was modeled after this slip and used the same fabric that the nurses wore in District 13, paired with some oceanic memorabilia (from Annie’s District 4) and the most amazing and delicate vintage veil. This was a beautiful choice. It was as if the members of District 13, amidst a war, had worked together to create a beautiful wedding dress from the things they they had. 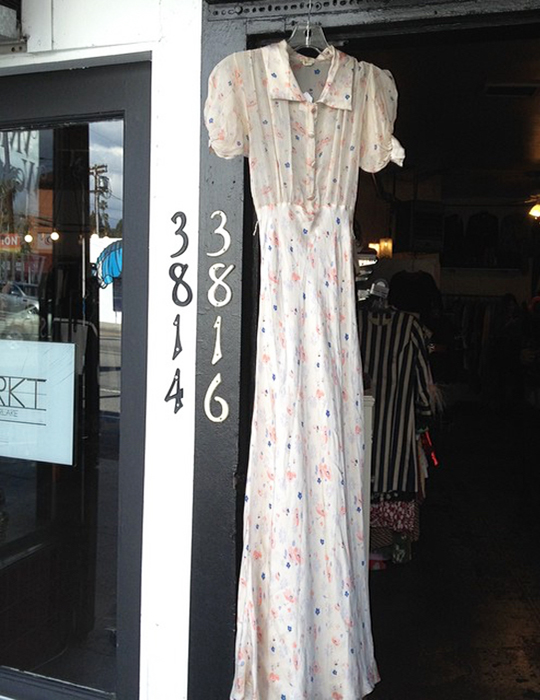 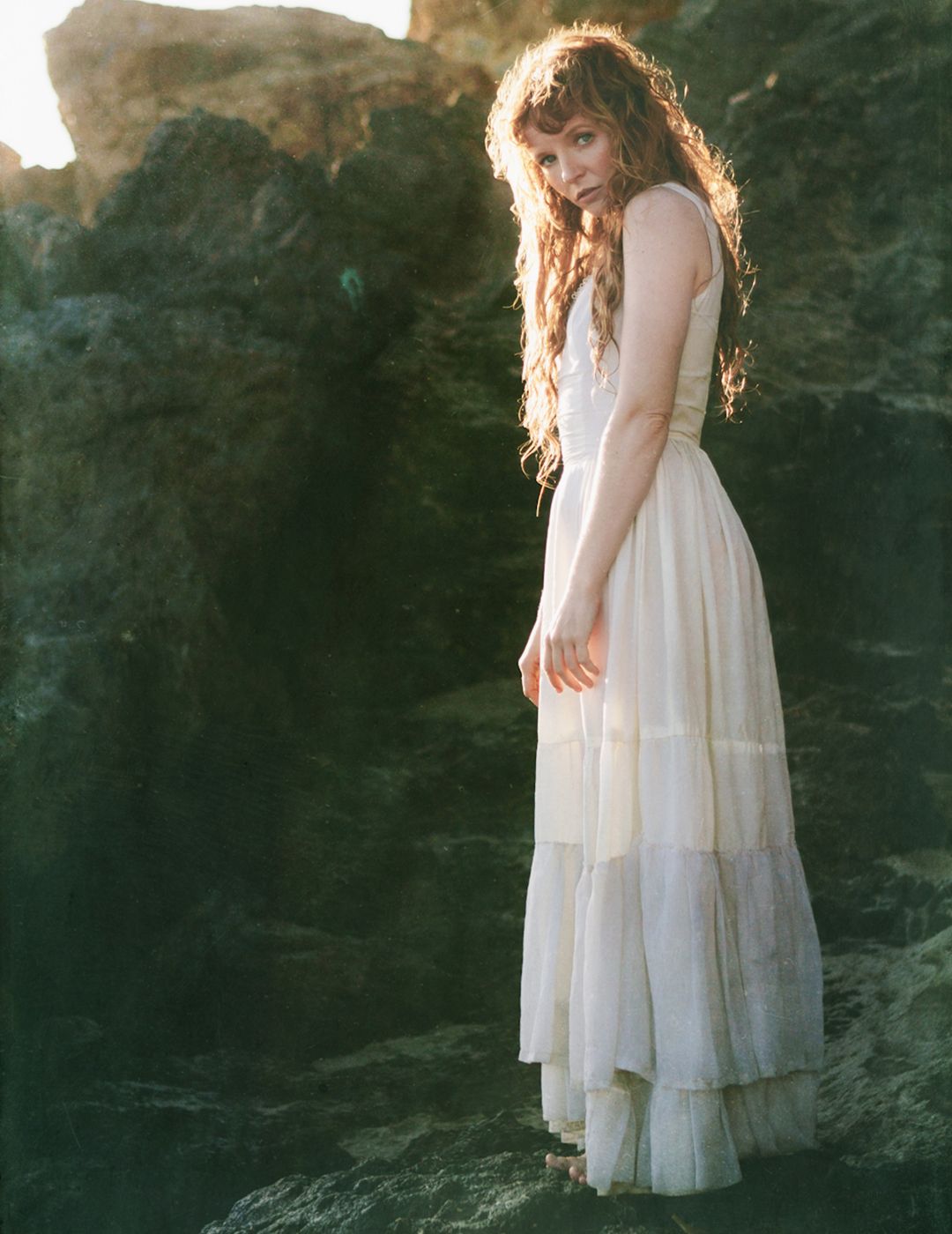 Los Feliz, $$
SD: I own very few functional clothes. I have a bad habit of collecting specific period costume pieces. I adore them and I’m always on the hunt for pieces that I can wear for auditions and/or photo shoots. I bought a beautiful green lace dress here that I used for a photo shoot down at Seal Beach. 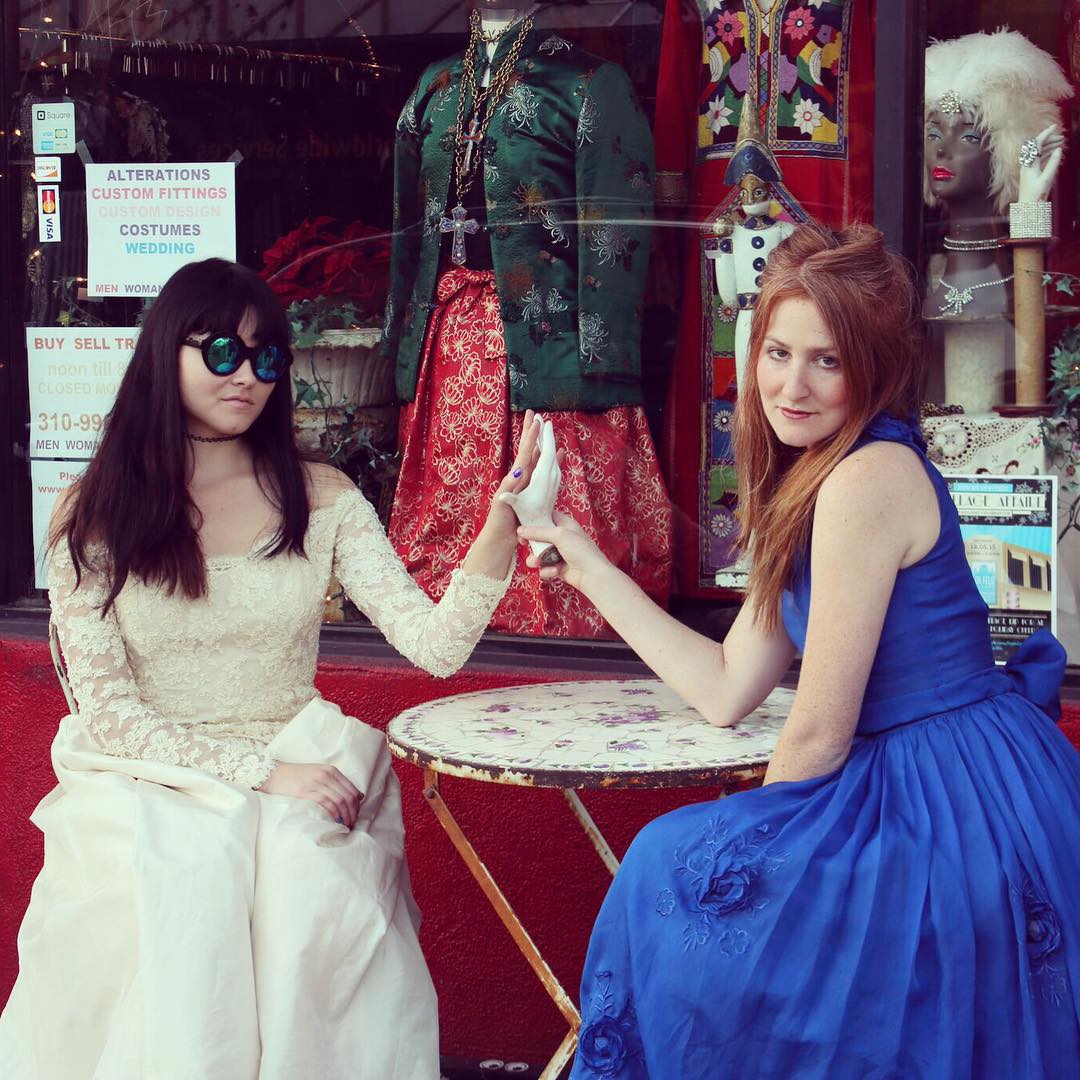 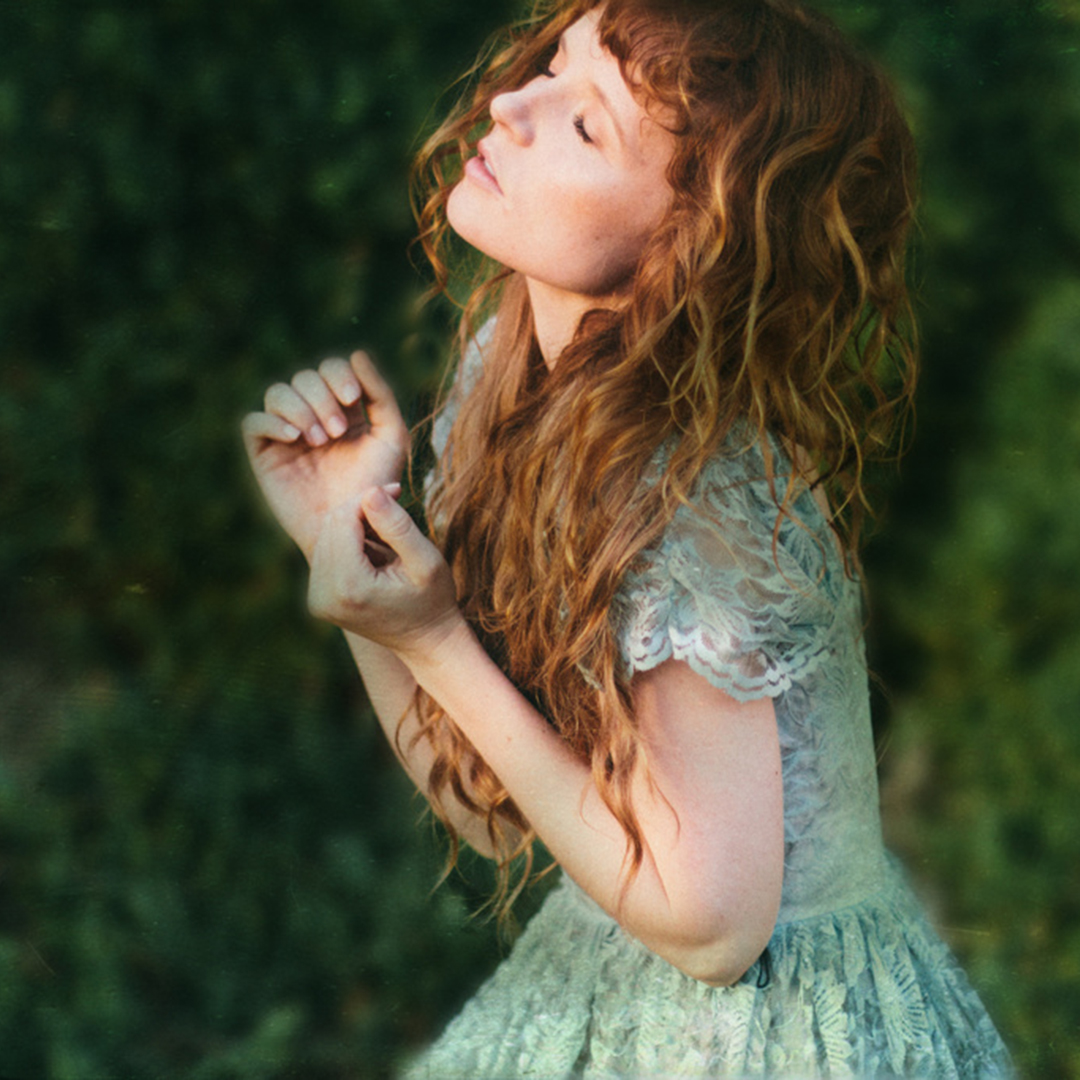 Los Feliz, $$
SD: This jazz lounge is like stepping into another time. It's full of history and was the bar where ‘swingers’ was shot. Marty and Elayne are a constant feature (the iconic jazz duo have been here 35 years) and sweet as pie. They inspire me with their neverending love for each other and their music. They often let audience members get up and do a number, I have sung with them a few times, my absolute favorite song to sing is ‘La Vie en Rose’. I also sang that same song down the street at The Rockwell one night with Jeff Goldblum! What a legend. Two amazing places that let audience members get up and overcome their fears and have a go. 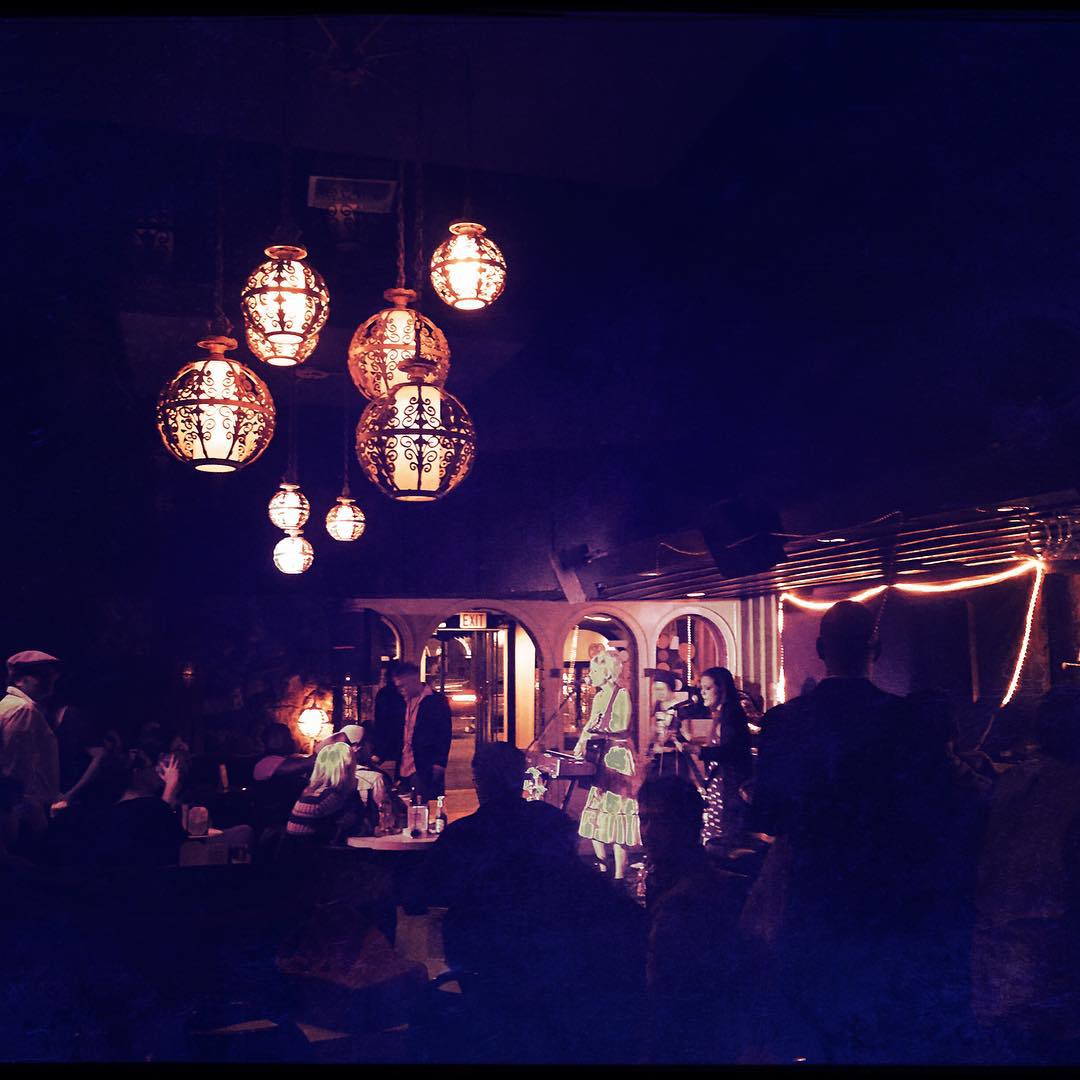 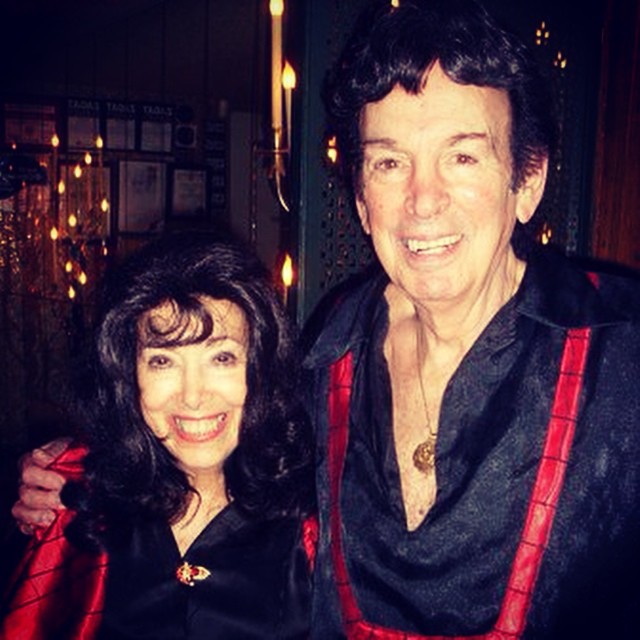 Hollywood, $$
SD: Though not technically on the Eastside, I fell in love with this place the moment I first walked in. The old Hollywood vibe hits you immediately. I love the old fountain in the lobby and the beautiful foyer bar. Then you have all the secret bars — like Library Bar  and The Spare Room with its bowling alley. The fact that the first Oscars were held here just adds to the romance of it all. I've been told it's haunted and I’m always wondering what ghosts might be lurking about ... 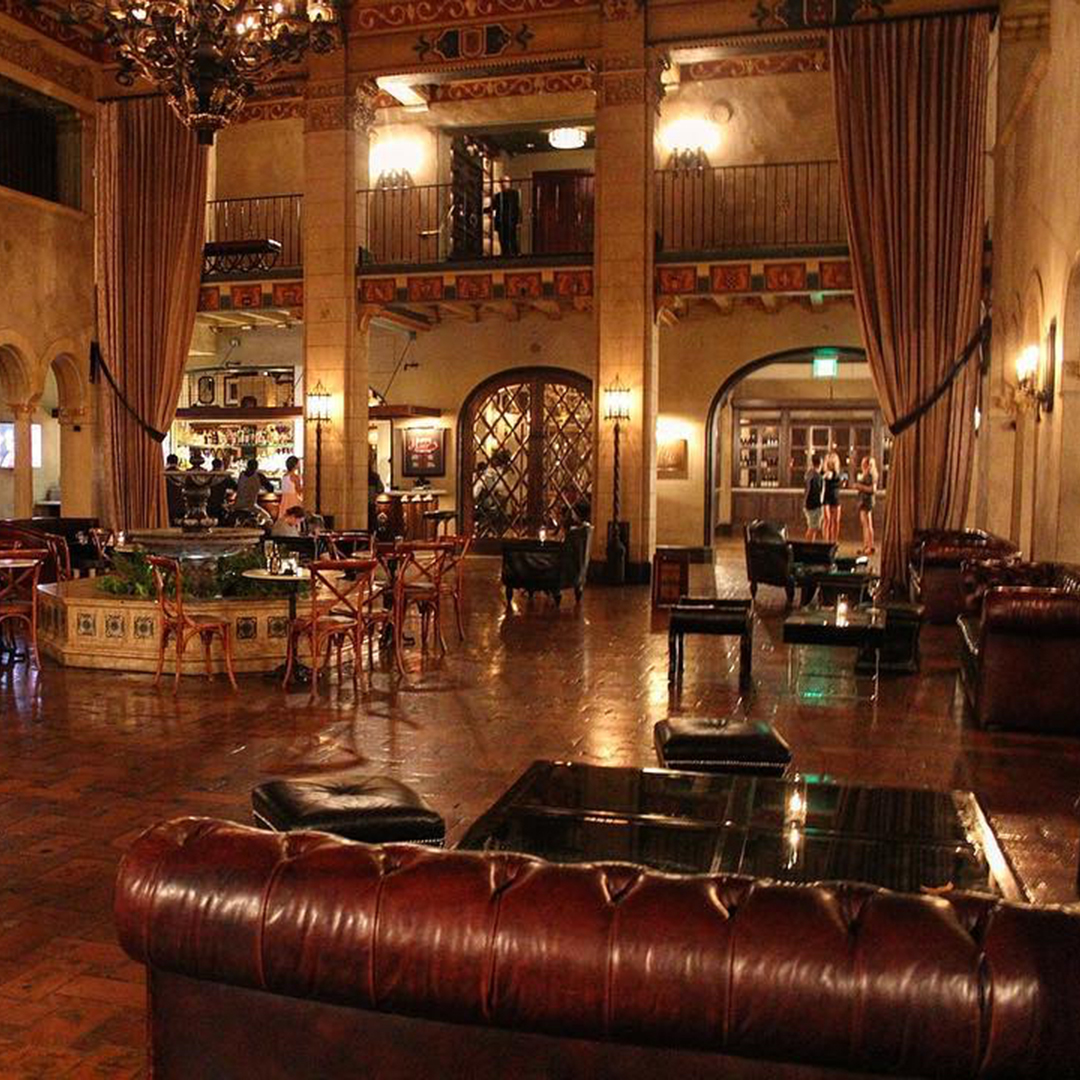 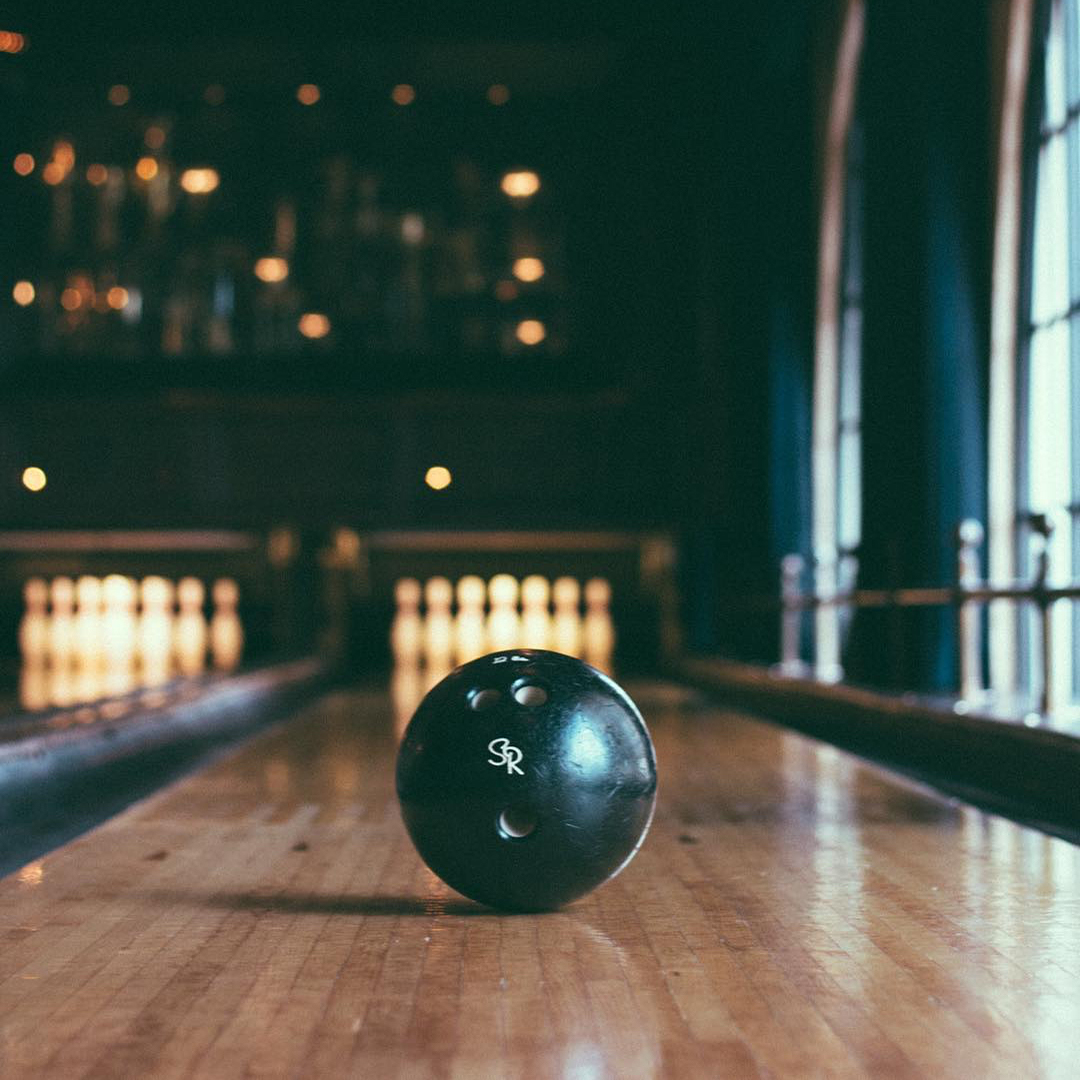 The Spare Room at The Roosevelt. Image courtesy of @spareroomhwood

Los Feliz
SD: Griffith Park is like my backyard and the thing that keeps me most sane in this town, especially coming from Australia where my backyard was the bushland. I’m happiest when I’m around nature. I always see coyotes up here too. Also hummingbirds and if you’re lucky a blue jay. When you walk up to the very top there (Mount Hollywood) you can see the entire layout of LA. It’s a place that reminds me of the bigger picture—where I feel closer to God and nature. A reminder to not sweat the small stuff. Just breathe.
I also adore the cinema history in Griffith Park. A James Dean statue marks where the famous scene from Rebel Without a Cause was shot up by The Observatory. I also love going to the Griffith Park Shakespeare Festival here in the Summer. The best vegetarian sandwich in LA can also be found in the park at The Trails Cafe. The Trails Avocado Sandwich, of course! I also love the snake dogs, the lavender cookies and the home-made apple pie … with a strawberry lemonade!
Horses were a huge part of my life growing up and I made sure to seek out places I could ride. I also have a background in Vaulting (gymnastics on horseback) so if I want to get a little further out of town, I’ll head up to the Los Angeles Equestrian Vaulting Club. I always feel most at home when I’m with the horses. 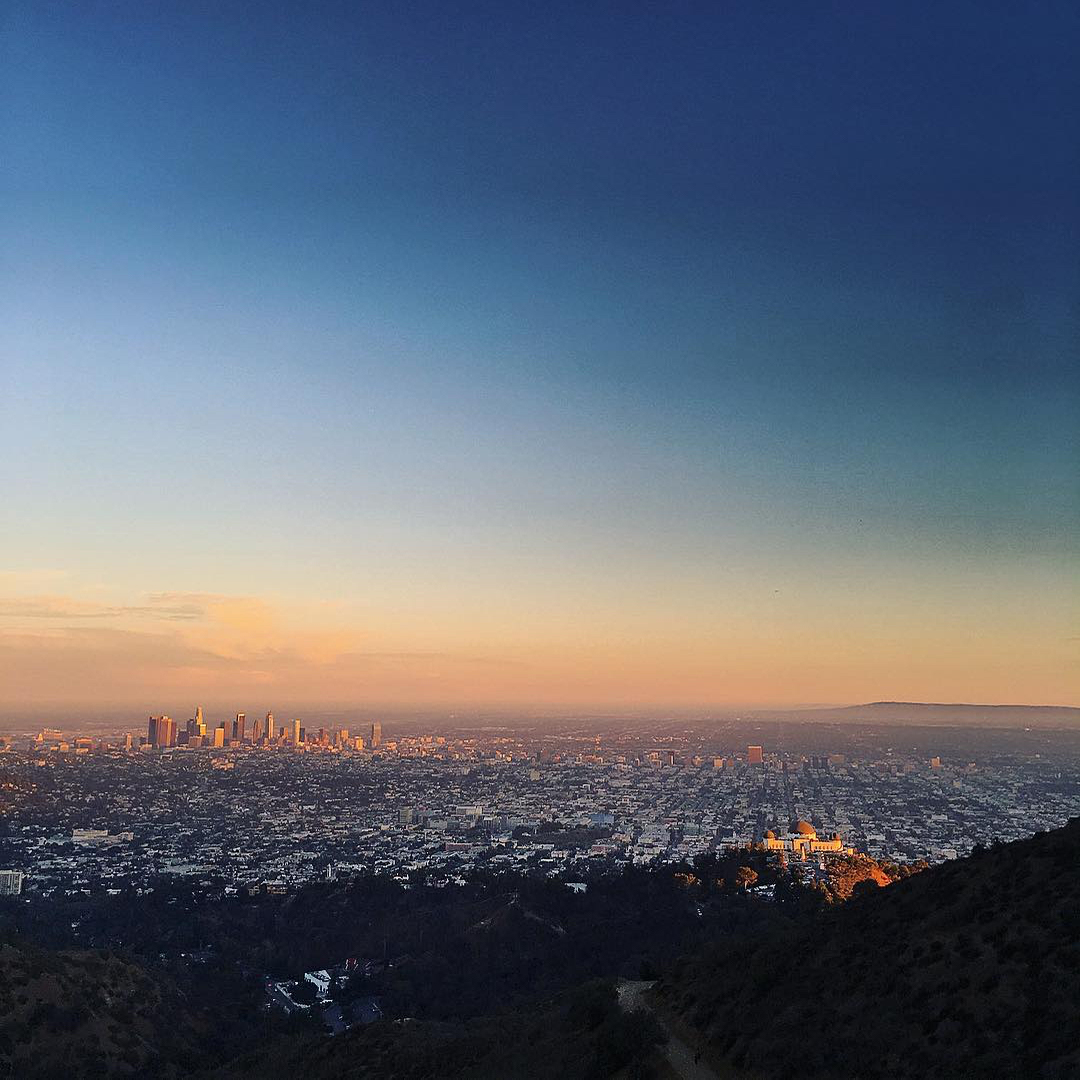 The View from Mt Hollywood. Image courtesy of @boltron 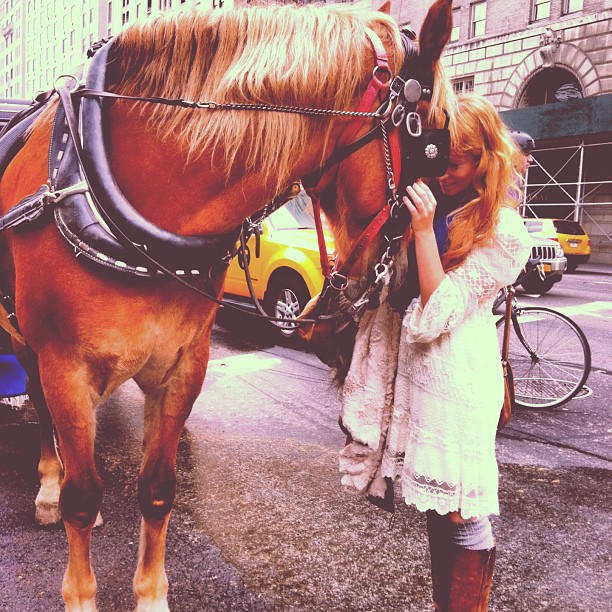 The Aussie gal & her equine affections. Image courtesy of @stefdawson