Hold tight as comedienne Melinda Hughes takes us on a shits ‘n giggles journey through the LA comedy scene.

Stand-up comedy—probably the scariest thing you can inflict on yourself, ahead of setting yourself on fire and running through the streets shouting, “Anyone for free BBQ!?” On the other hand, many of those glutton-for-punishment comedians have been jolted forth from that lonely stage and onto the big screen—especially in LA. Richard Pryor got started at The Laugh Factory, Jim Carrey was finally given a leg-up after appearing at The Comedy Store and Kristen Wiig and Will Ferrell shot into SNL history via The Groundlings.
Melinda Hughes—LA-based comedienne, actress, comedy writer, producer and YouTuber—is one farcical flame-headed femme following in these famous comedians footsteps. An avid stand-up queen who boasts a second place in Flappers’ annual California’s Funniest Female contest and a YouTube channel of musical parodies and sketches that attract thousands of viewers each week. In fact, she’s not just any pedestrian video artist. The fiery redhead is an ‘Unlock the Space’ YouTuber that grants her special access to YouTube’s hip Westside studios for video production (in order to gain access, you have to have 10k+ subscribers, plus a myriad of other requirements). 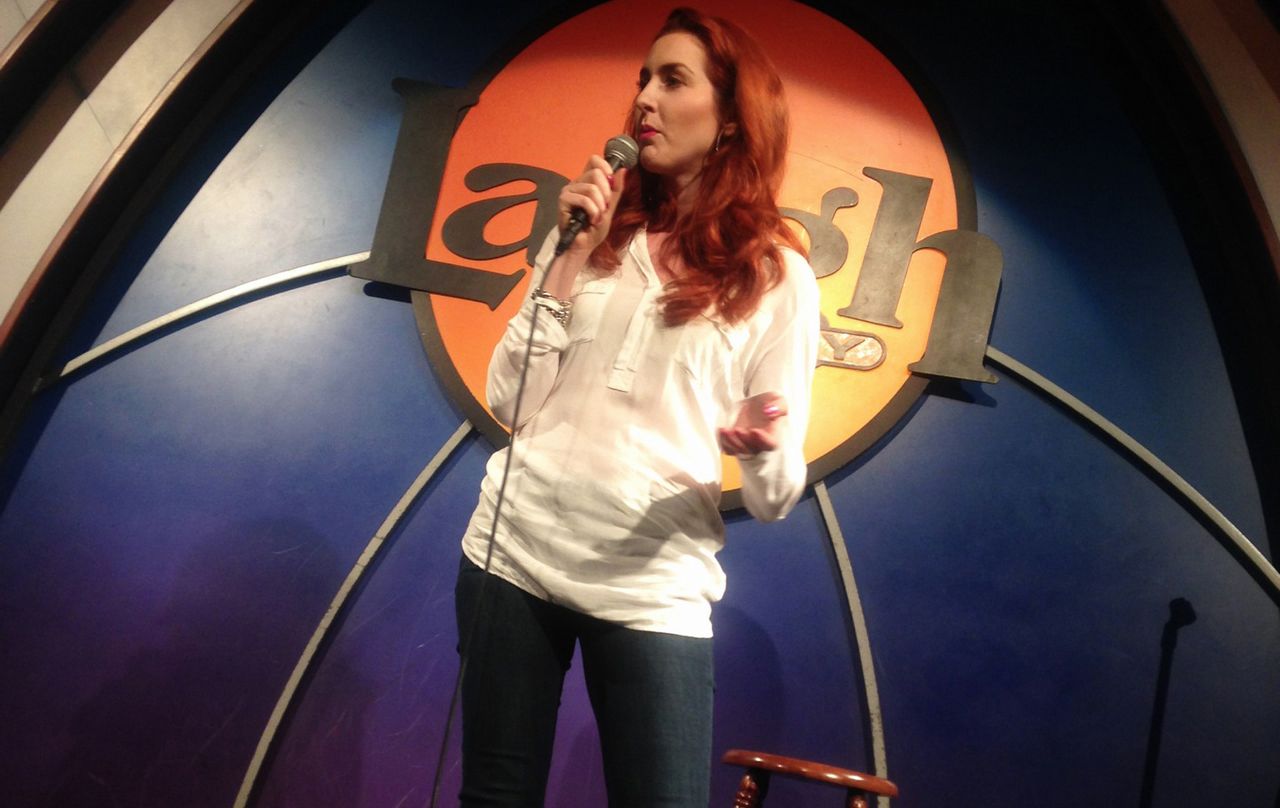 As a regular on LA’s comedy stages at such hot-spots as The Comedy Store, The Improv and Flappers, Melinda has seen some funny shite. So, we got the sassy lassie to spill on the knee-slapping scene including family-friendly shows, which club to have sex in the bathroom and how to score fresh-baked cookies. Strap on your seatbelt folks, you’re in for quite a hilarious ride.

Pasadena $12-$25, Open Mic is free
Melinda Hughes: The Ice House is my favorite place to perform comedy, watch comedy, and/or drink myself stupid (it only takes one, people). The audiences at this spot really love stand-up, and you can tell by their unbridled enjoyment of the shows. If you are one of these ‘I can’t drive more than 3 miles away from home’ assholes, strap your balls on and get in the car. One of my favorite things about the Ice House is that the shows are "comedically secular," which is a term I made up just now that means it's not all dick jokes; it's not all family-friendly; it's not all black dudes or old Jewish guys or, or, or.  You're going to get a little bit of everything. And that's the best part to me. I leave an Ice House show really loving people. And reflecting on how complex and fucked up we all are. 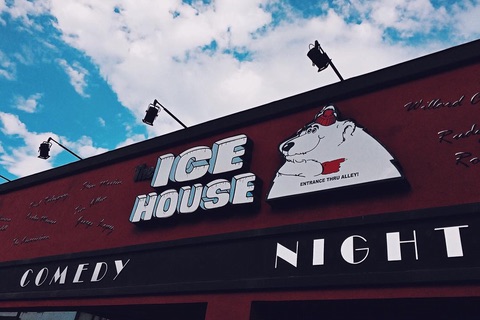 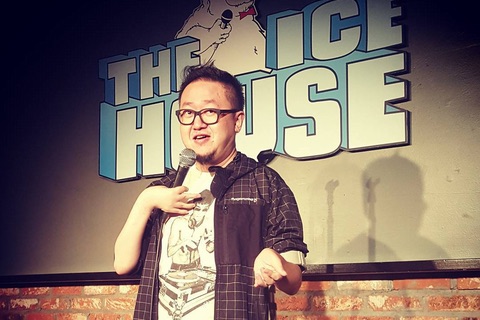 West Hollywood, $10-$25, Open Mic is free
MH: I like The Comedy Store because it's so big and size does matter. If the show you're watching sucks, don't worry, another show is starting in five minutes in another room. It's the Tinder of comedy venues. And if worse comes to worse and the stand-up isn't doing it for you, you can always have sex in the bathrooms. Because many people do. I mean I haven't. Because I would never do that. It's totally inappropriate. But it happens. The Store gets bonus points for serving drinks in front on Sunset Blvd before, during, and after the shows. And if you happen to be literate, there is lots of reading material on the outside of the building. 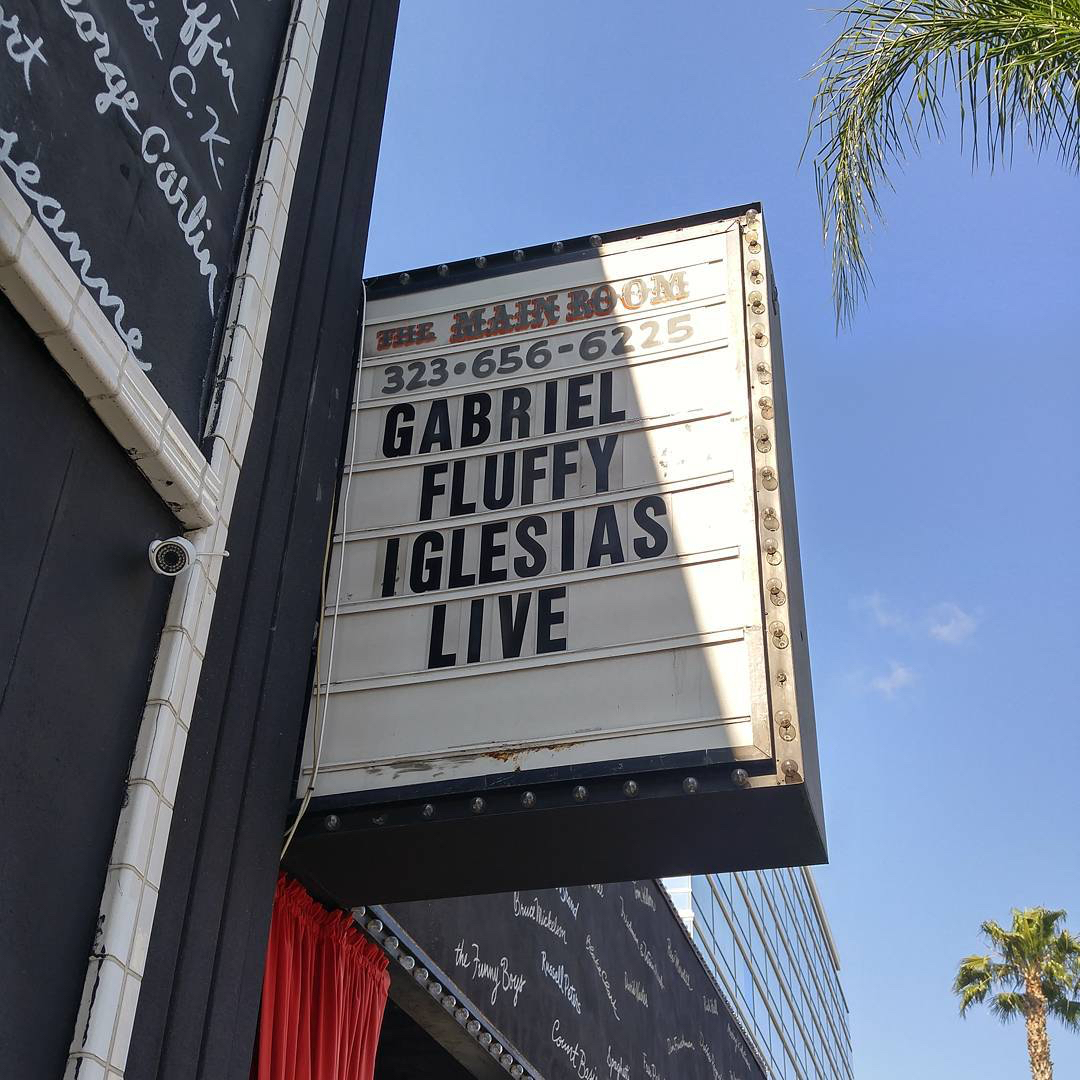 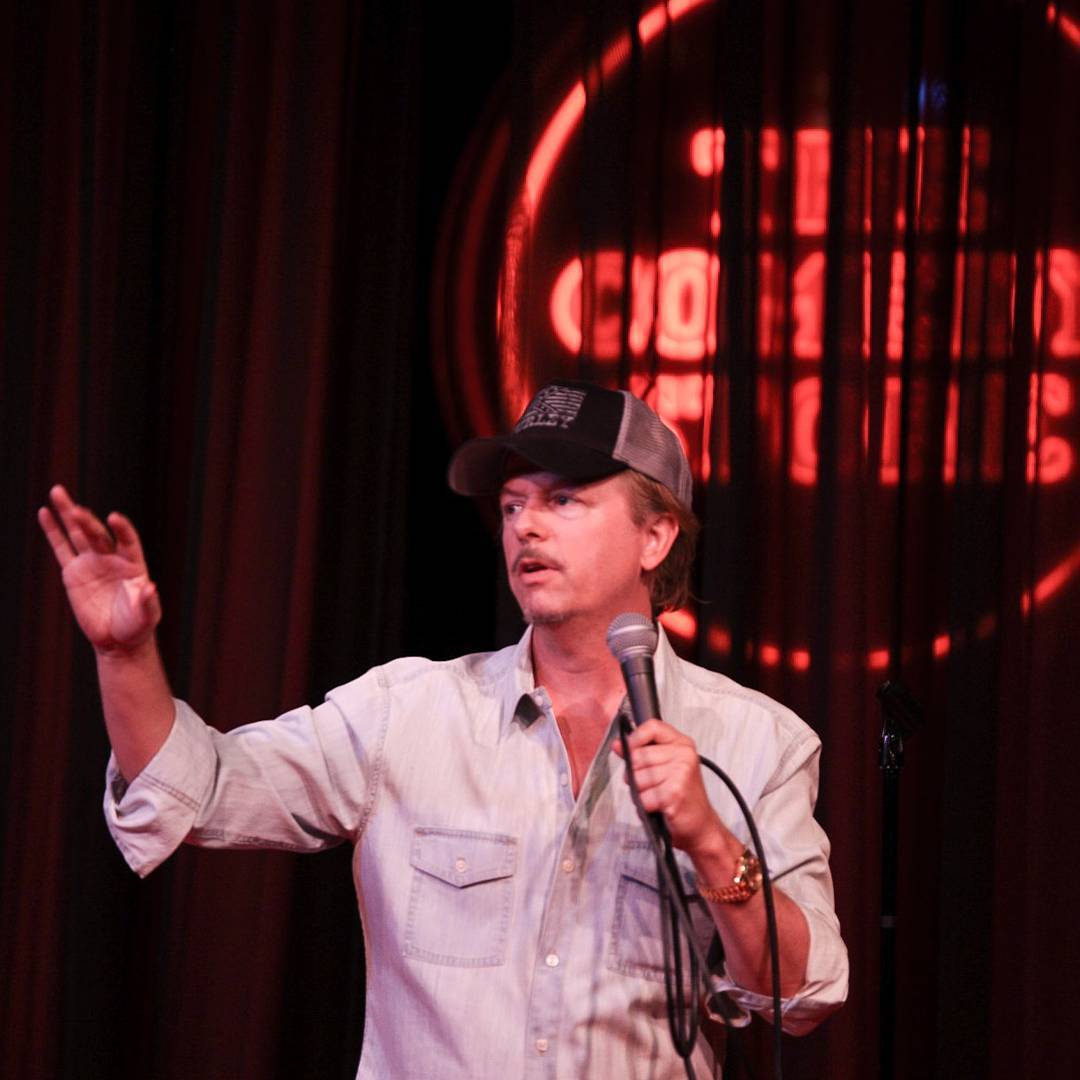 David Spade at The Comedy Store.

Hollywood, $10-$20, Open Mic is free
MH: The stage at the Improv lends itself to performances that have the perfect balance of intimacy and lunacy, just like all my romantic relationships. I have seen some crazy stuff here (you never know who or what you're in for), but it always feels like it's happening very much in this special moment with this "special" crowd. The audience feels like part of the show and the comedy always feels very present. Not like a “gift” present but rather “in-the-moment” present.  Or maybe a gift present, but a gift you're not sure what it is or what to do with it. It's dirty but not so dirty that you feel like you need to take a shower afterwards. I like it. I also like the food.  Because I like to eat. So, if you are like me and prefer your comedy with a Shock Top and some chicken nachos, this place is for you. 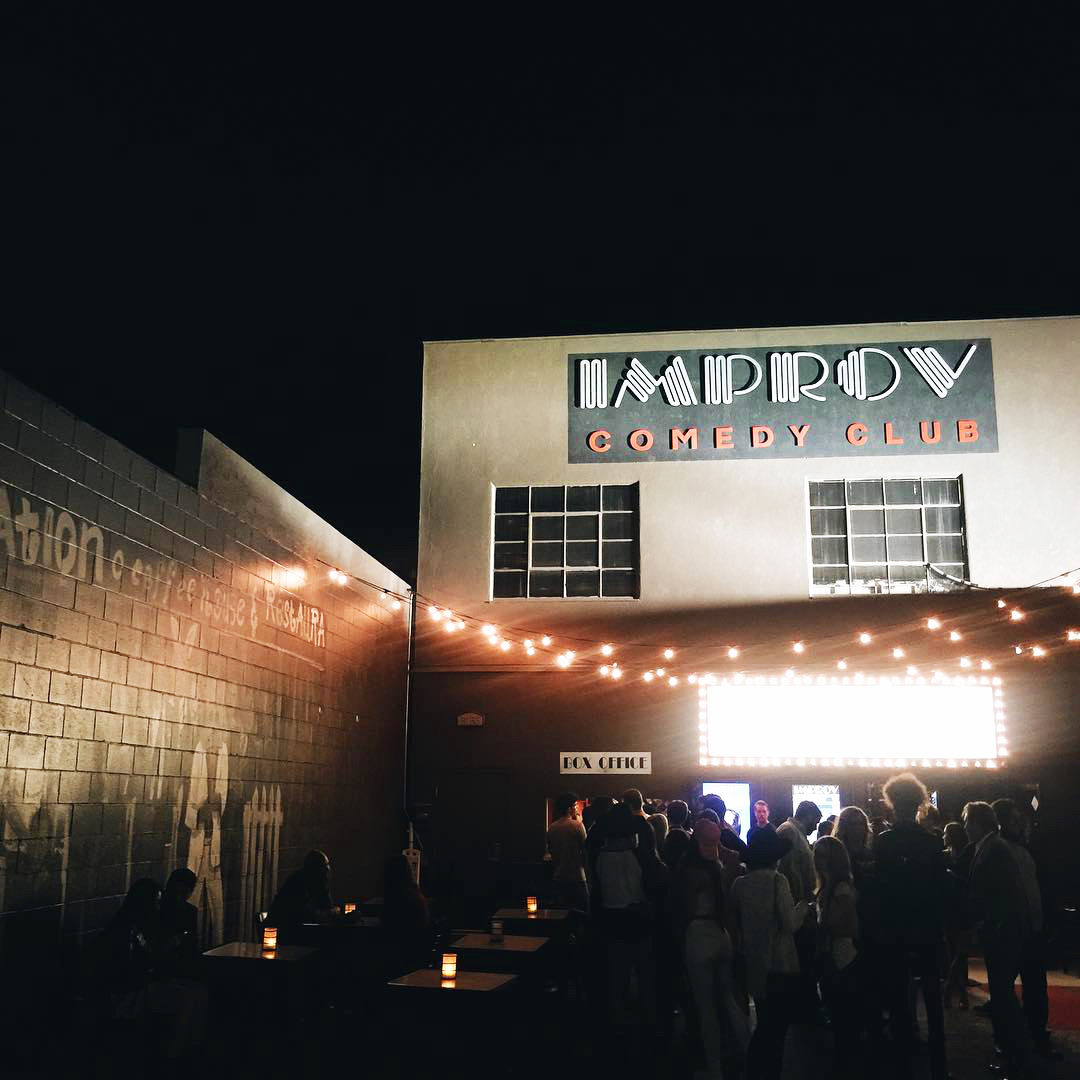 The Improv. Image courtesy of @yareslysantana 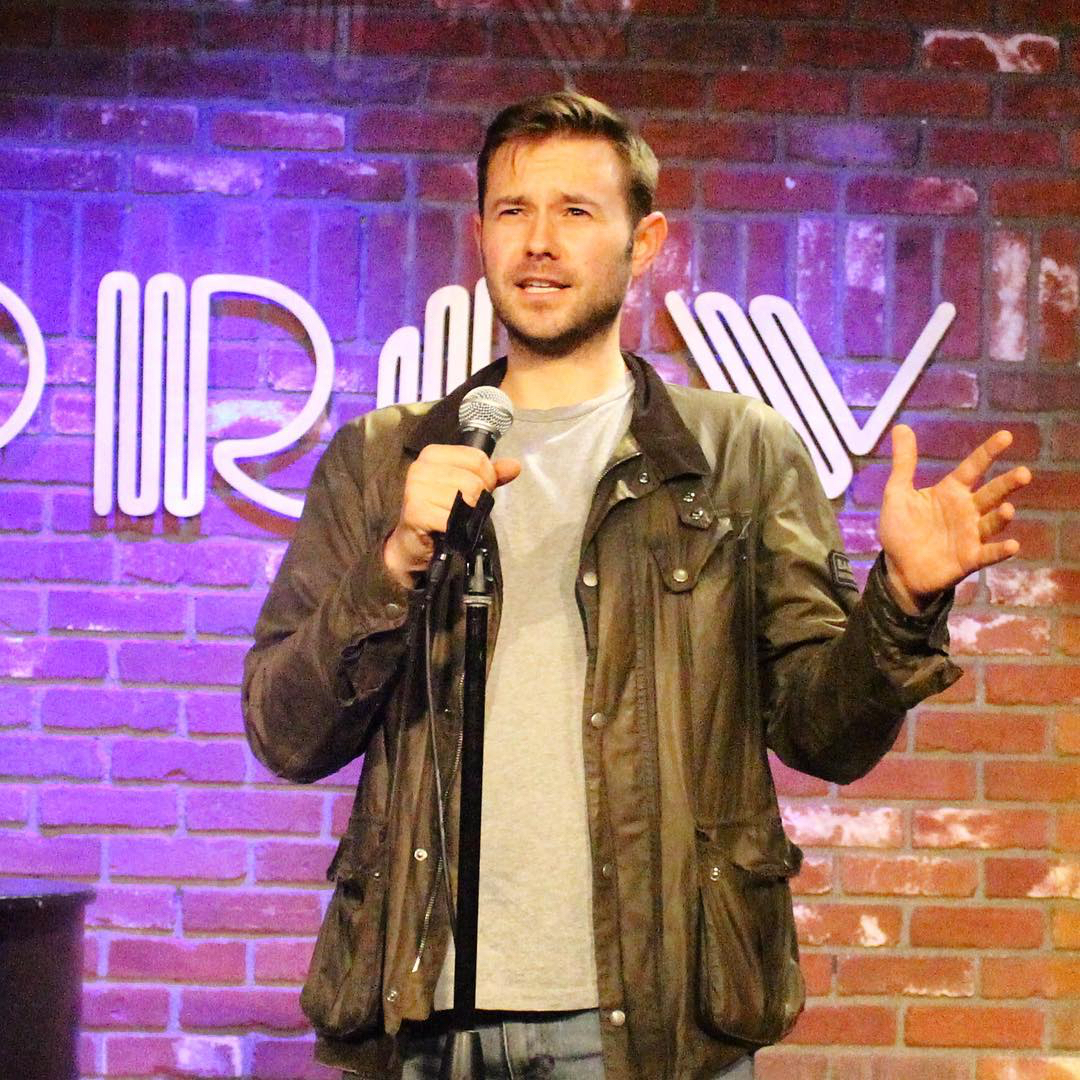 Zach Tomasovic at The Improv. Image courtesy of @zachtomtom

Burbank, $10-$20, Open Mic is free
MH: Ok, I love the main room at this place, but it's always so fucking cold so bring a sweater or a blanket or be prepared to build a campfire under your table. It's fun to perform here. As a stand-up, I don't take myself too seriously at Flappers. It's called Flappers for fuck's sake.  Speaking of fuck, fuckers, and fucking, the bookers at Flappers prefer when we (us, comedians) write real jokes as opposed to saying cock and pussy 50 times in three minutes. What this means for you is that you will—most likely—be in for some clever writing and well-crafted wit.  They have family-friendly shows and that's pretty awesome because how many other places are guaranteeing that some jackass won't tell a cum joke to your 12-year-old. It's become apparent to me that this recommendation has been overcompensating for some of the censoring I've had to do in my sets at Flappers. Bonus points go to Flappers because THEY WILL MAKE YOU FRESHLY BAKED CHOCOLATE CHIP COOKIES. What the FUCK??!!! Order the cookies. 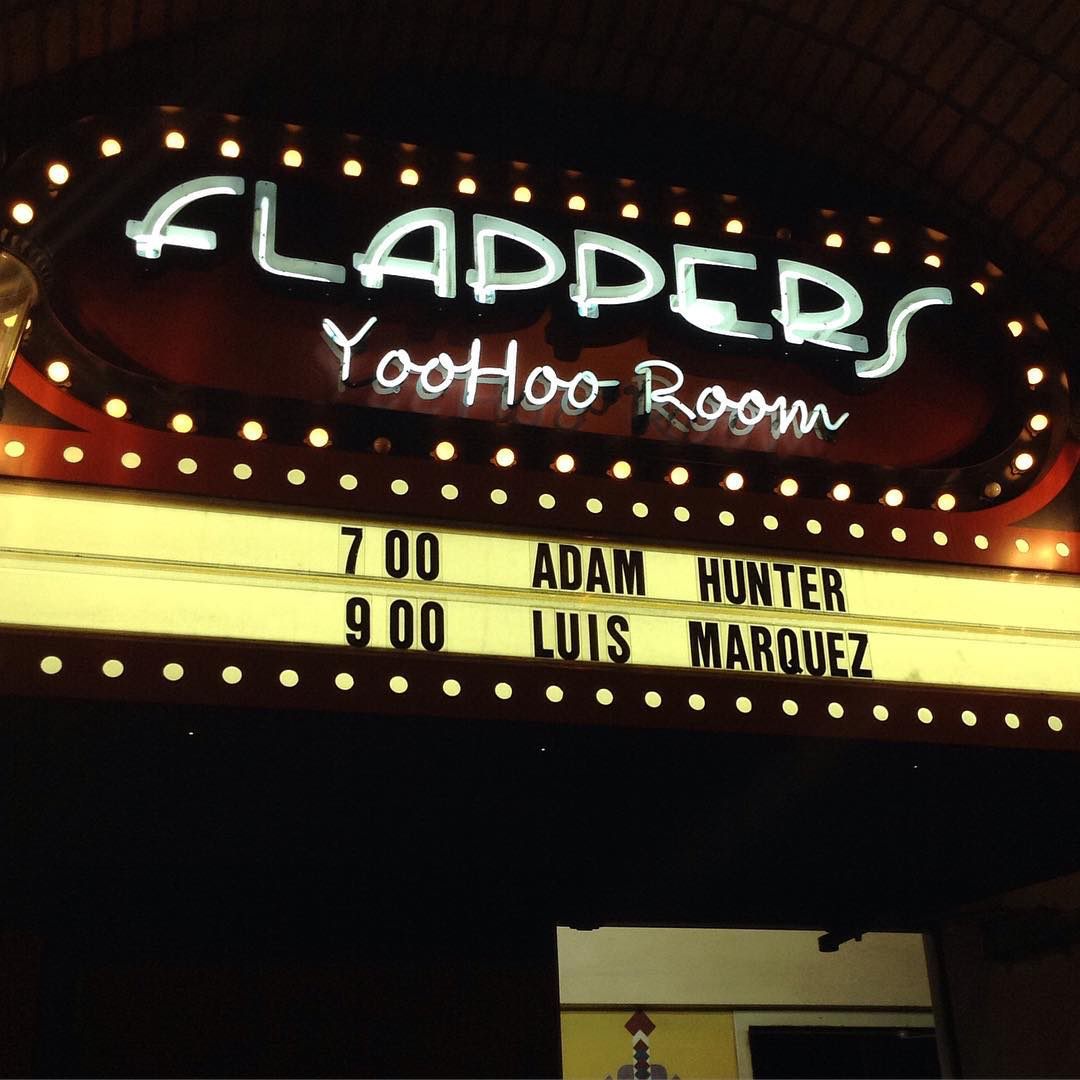 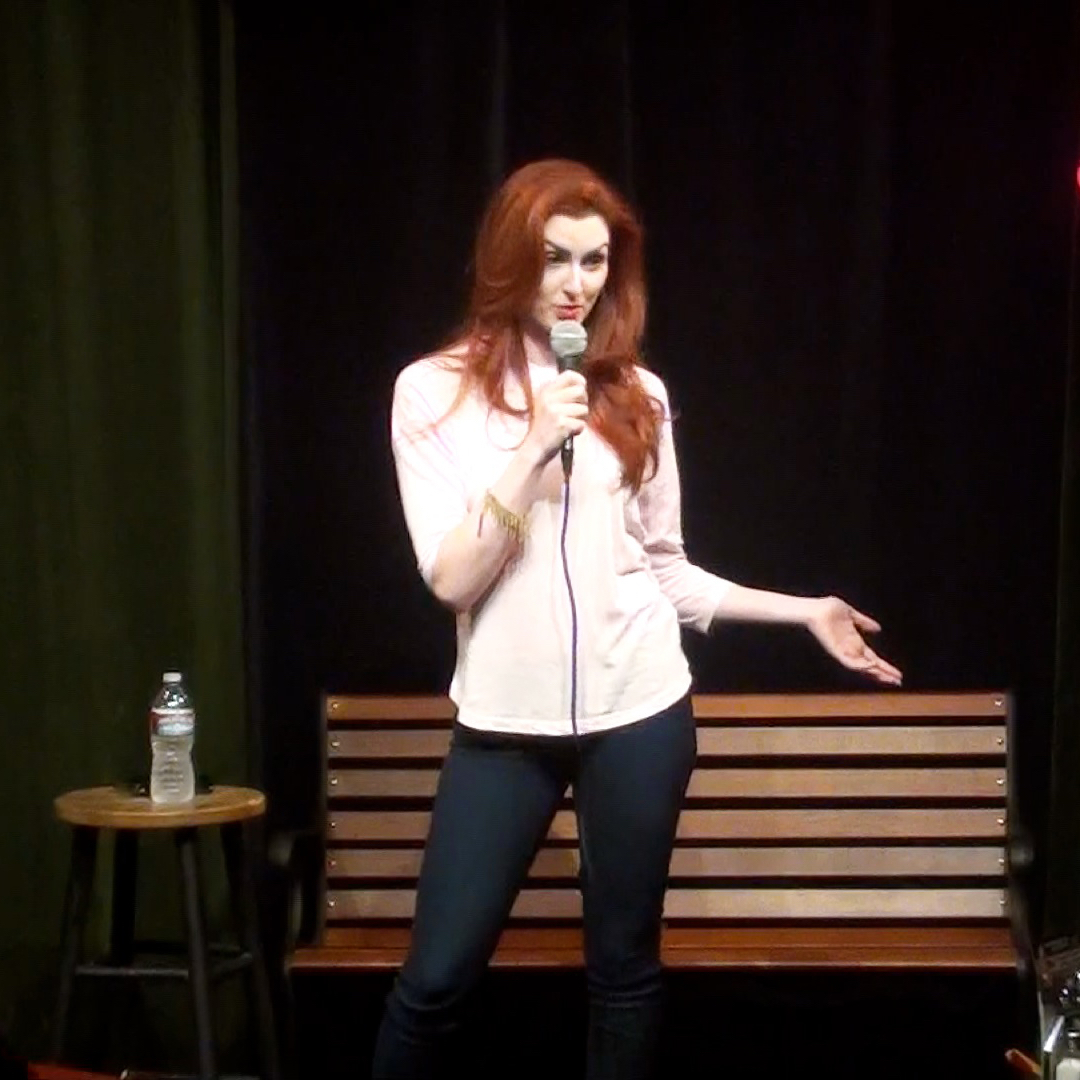 Hermosa Beach, $15-$20 or $30 for Jay Leno
MH: You can't read a review of this joint without it saying that Jay Leno takes a shit here every Sunday. Ok, so we all know Jay Leno goes up here like a religion, but that's not the only reason to drive down to Hermosa Beach. It's a good club with lots of funny comedians. And you can order tea, if you want tea. Also, Jay Leno goes up here. 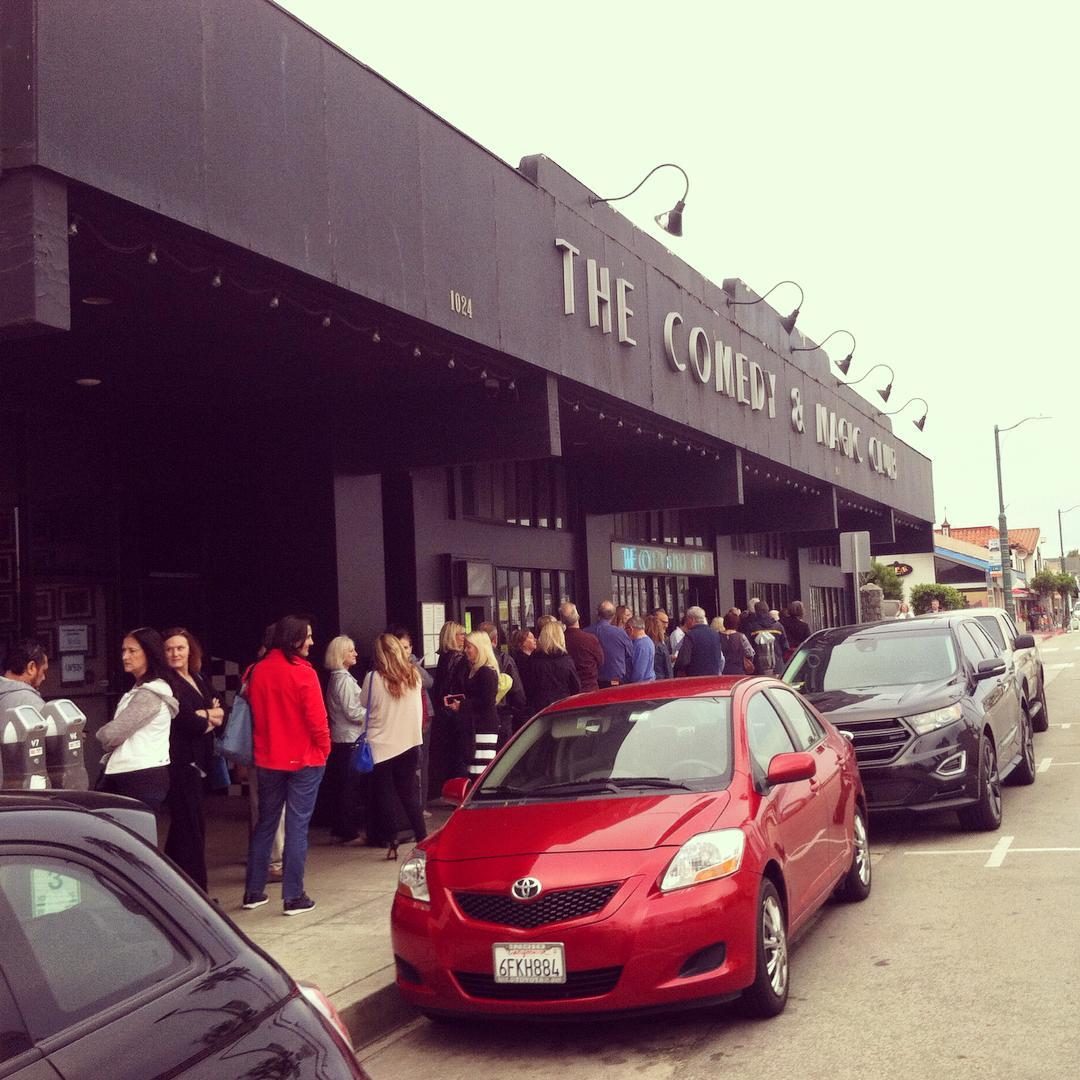 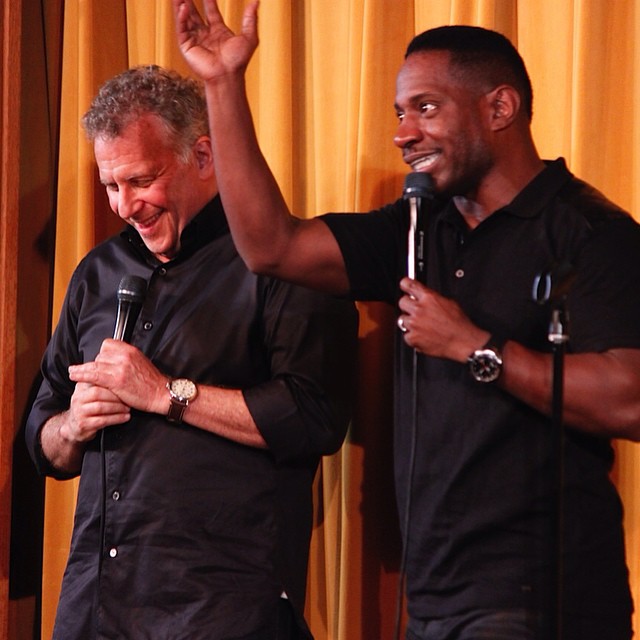 MH: The great(?) thing about living in Los Angeles is that everyone here fancies themselves a comedian. So, comedy shows are literally everywhere. I once performed stand-up to a packed cupcake bakery and actually scored a pretty awesome manager out of the night (who ended up dumping me to rep JLo but that’s another story).  Seriously, I bet there is a comedy show in your living room right now.  You could be missing Chris Rock's guest spot.  One of my favorite pop-up comedy shows is Jay Davis' show on Monday nights at The Parlor on Melrose.  Really great comedians are always coming through, and it's a bar so they don't harass you about buying a ticket and other rich people stuff. 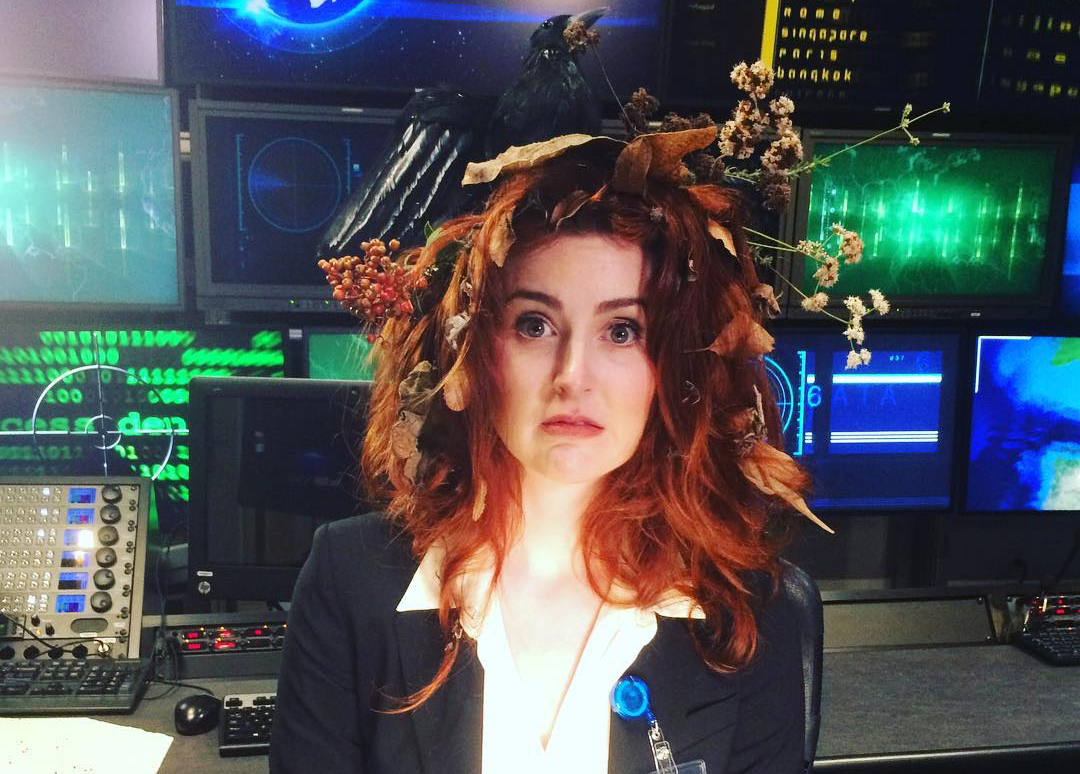 And please, if you go to a comedy show, recognize that the comedians are working their asses off.  So please don’t stare at us with dead fish eyes.  We already want to kill ourselves.  That’s why we’re comedians.
You can follow Melinda on YouTube at Melinda Hughes Comedy or on Facebook to stay updated on her upcoming shows.
Belinda Gosbee is an Aussie writer, actress and coffee snob based in Los Angeles. She could write something funny here but she’s got no chance of outwitting Ms Hughes at this point. Follow her jaunts on twitter @belindagosbee or instagram @gos22