A Carnivore's Guide to LA

Meatless Monday is not in @carnivorr’s vocabulary

Arby’s has some competition for the title of “who has the meats.” Katilin Orr, who goes by @carnivorr on Instagram, successfully ate at each of Jonathan Gold’s top 101 Los Angeles restaurants in 101 days and has 127K followers to prove it.
Kaitlin has always had a passion for food, but it was moving to the Big Apple for school that inspired her to document and share her edible adventures. “I was totally blown away by all the restaurants New York had to offer and I didn't want to be in my cafeteria at school,” Orr told Citizine. “It was my way to justify eating out pretty much every meal and then it became a hobby.” 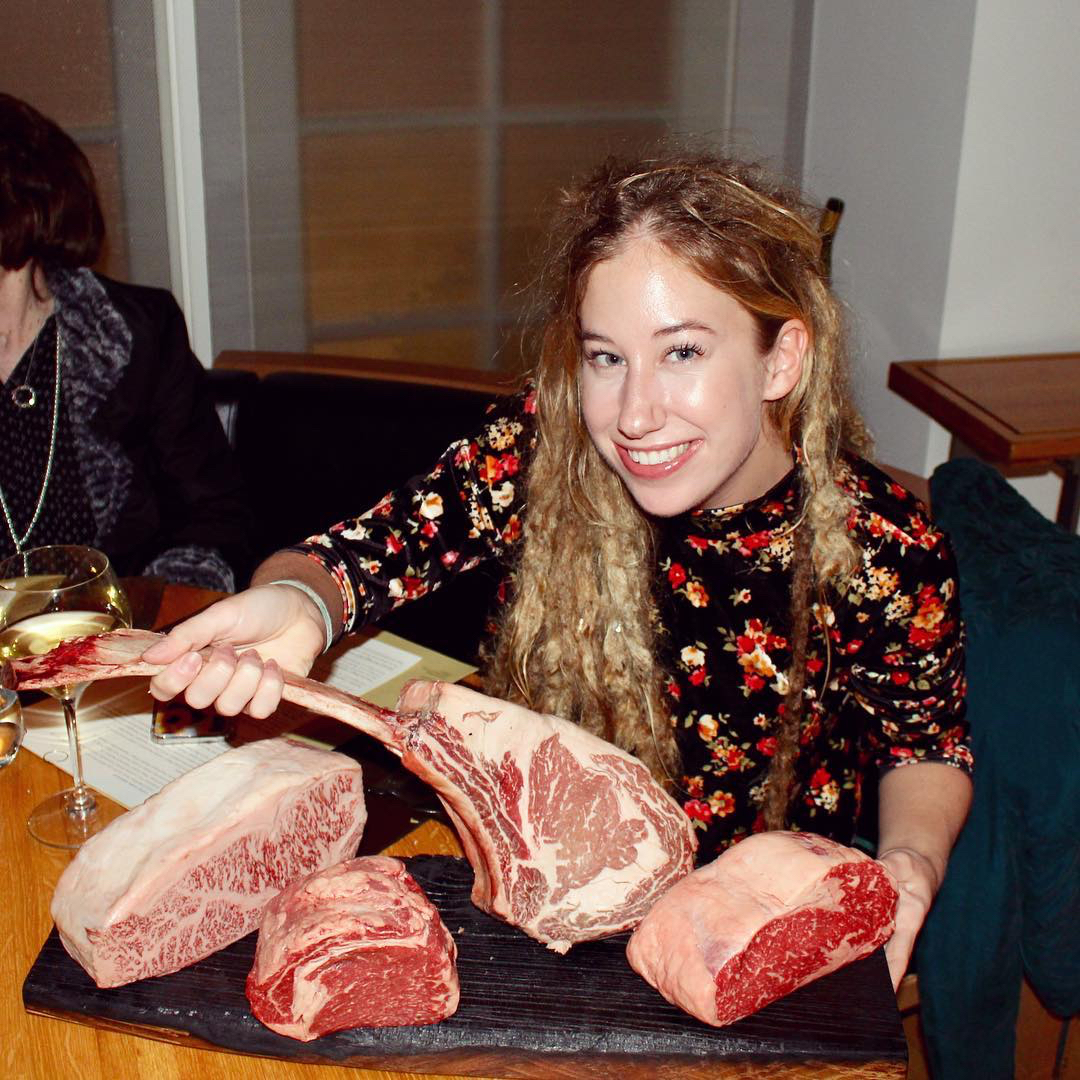 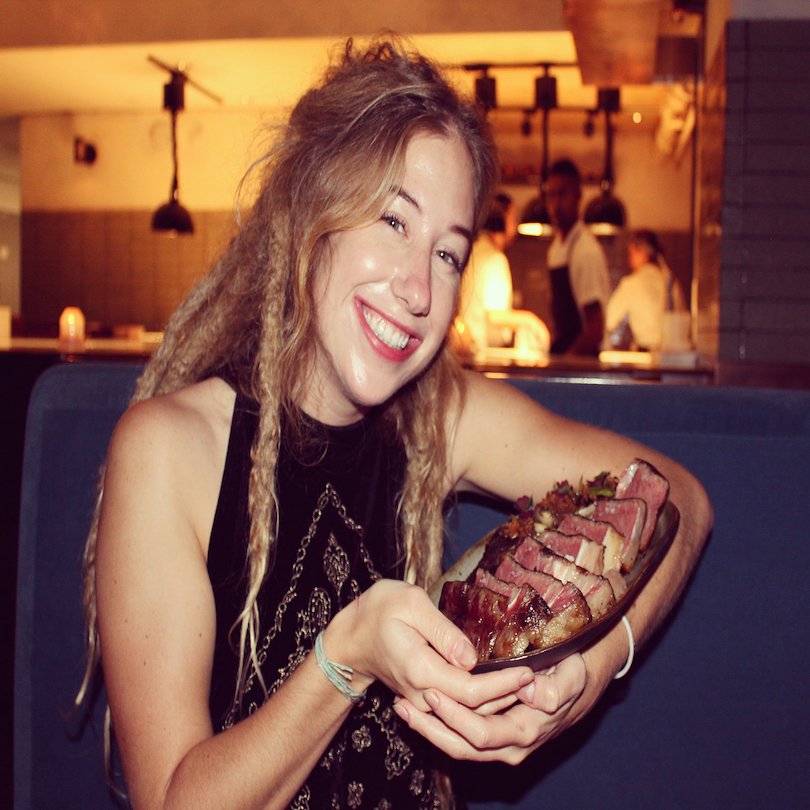 Since then, she’s made her way back to better weather on the West Coast and challenged herself to Gold's 101. “I think Jonathan Gold is the best food writer ever. So of course when I was wanting to get a handle on the LA food scene, he was who I turned to. His list was my bible.” she told Citizine. Check out how it all went down on Instagram under #carnivorrgoesforgold or on her blog.

101 and then some restaurants later, she’s still sharing the juiciest cuts around LA. From Japanese Wagyu to Le Big Mac, ready your steak knives and napkins. Here’s where you should be going for the meats according to the resident carnivor.

Beverly Hills, $$$
Kaitlin Orr: My grandpa and I did this tasting plate of steak and one was an American jerk steak, which was fantastic. And then there was a tiny 2oz bite of Japanese Wagyu. You can really taste the difference in the meat. The fat is marbled into the meat perfectly. When you take a bite into these steaks, they literally melt in your mouth like butter. Me and my grandpa were like WHAT. We can't eat steak the same way ever again. It’s expensive, but so worth it.

KoreaTown, $
KO: They have this bubbling cauldron of Galbijjim and you get it with cheese on top and it's comes with potatoes, onions, and kimchi. They put the shredded cheese on, light it on fire with a blowtorch and you just watch the bubbling stew and the flaming cheese and the meat underneath it. This is one of the best things I’ve ever eaten. I never even knew to crave such a thing. On a rainy day this is all I want!

Fairfax, $$
KO: It's the restaurant by Jon & Vinny and if you're gonna go eat meat, this is the place to do it because they have every cut of every weird animal you've never even tried. I went there on the list from my challenge and we got rabbit, chicken liver, and crispy pig ears. Their Boner Burger is also fantastic! It’s another one of my favorites in LA. It has bone marrow on top of the burger and it’s like an off the menu secret that's not so secret.

Hollywood, $$
KO: [This is] Chef Ludo's French bistro counter. His burgers are insane, it’s called Le Big Mec. Its two patties, and its topped with .... brioche bun and this wine sauce. It's so rich, like oozing, huge, juicy—a very delicious burger.

Downtown, $$
KO: My favorite burger is in DTLA. It’s just the most simple cheeseburger with a black pepper sauce. It’s boring looking, but is truly amazing. They also have these biscuits with honey butter on them. These biscuits are so good and so flaky and melts in your mouth. So whenever I go there, I get both the biscuits and the burger and I just totally pig out.

Santa Monica, $
KO: If you're looking just looking for a more casual burger that’s also fantastic, I just recently went to HiHo Cheeseburger in Santa Monica. It’s a way more classic diner. The meat is all 100% Wagyu—really fancy, quality meat. I got the double HiHo Cheeseburger. It was under 10 bucks for this big, juicy, delicious burger. You know some burger places, meat can get pretty expensive, especially if it's the good stuff. So the fact that you're having a 10 dollar fantastic cheeseburger, that's a win for me.

Orange County, $$
KO: [Irenia] has really great filipino cuisine, which i never really had before. Really, really, fantastic variations of these dishes. They have this pork belly adobo that’s really tasty-it melts in your mouth, fatty pork belly. They have this other dish that’s called Dinuguan. It’s braised pork shoulder. It really melts in your mouth and is covered in this pork blood sauce, which sounds really gross, but i didn’t know what it was the first time i was eating it and it was so tasty. 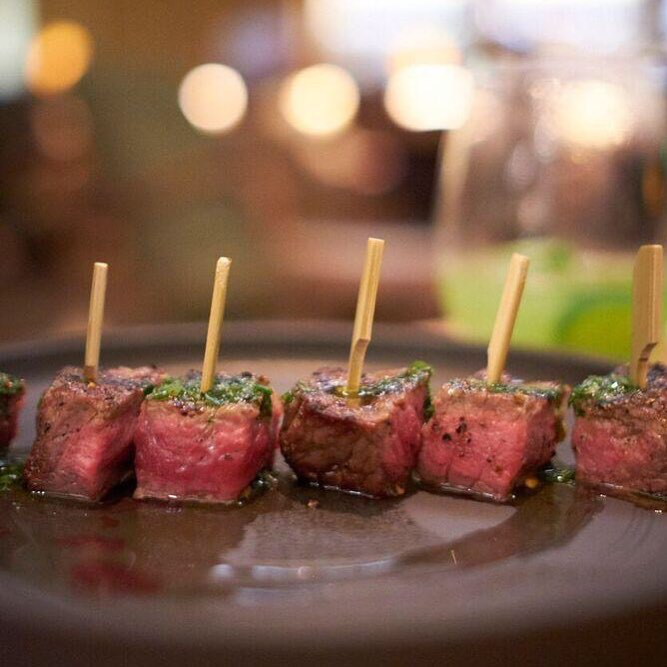 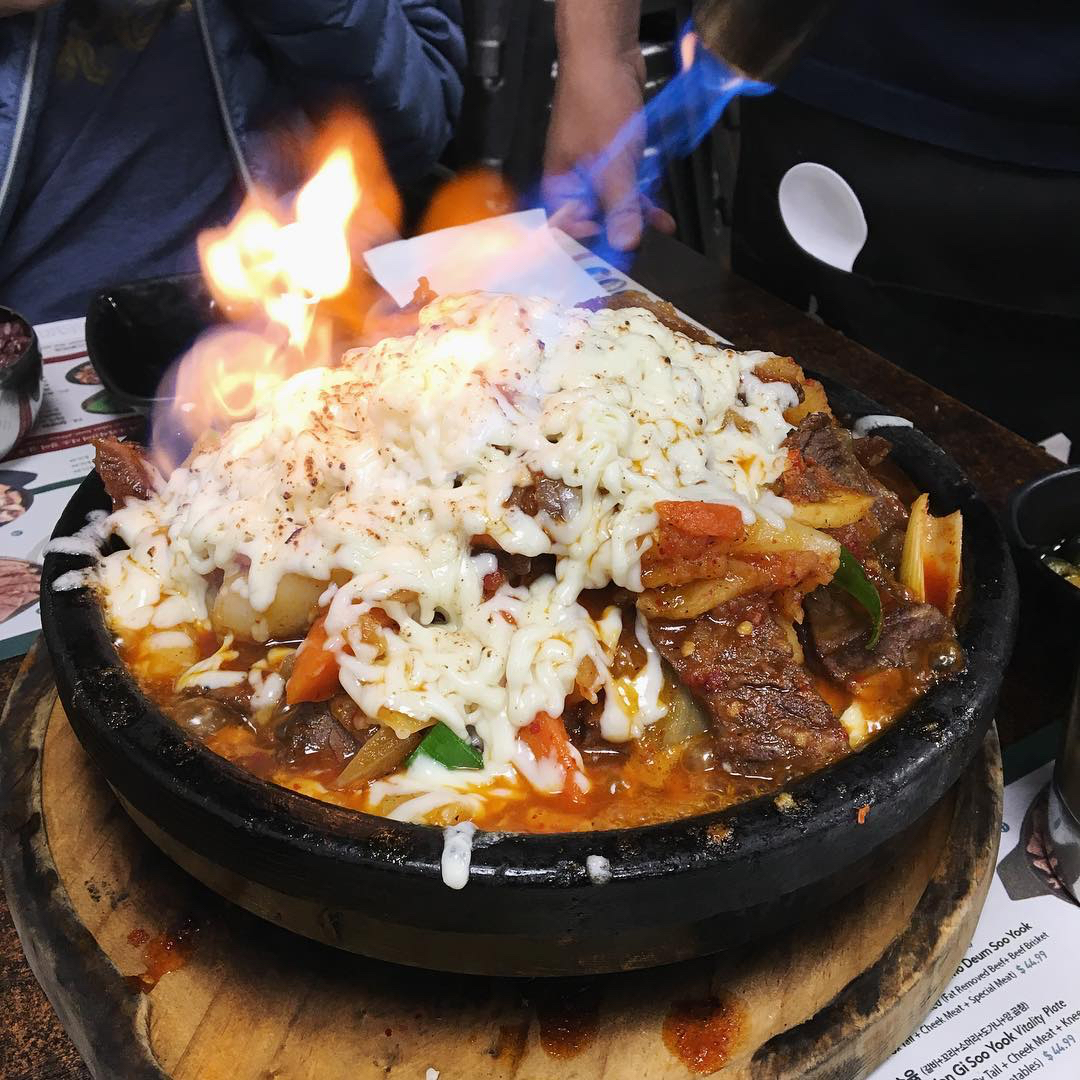 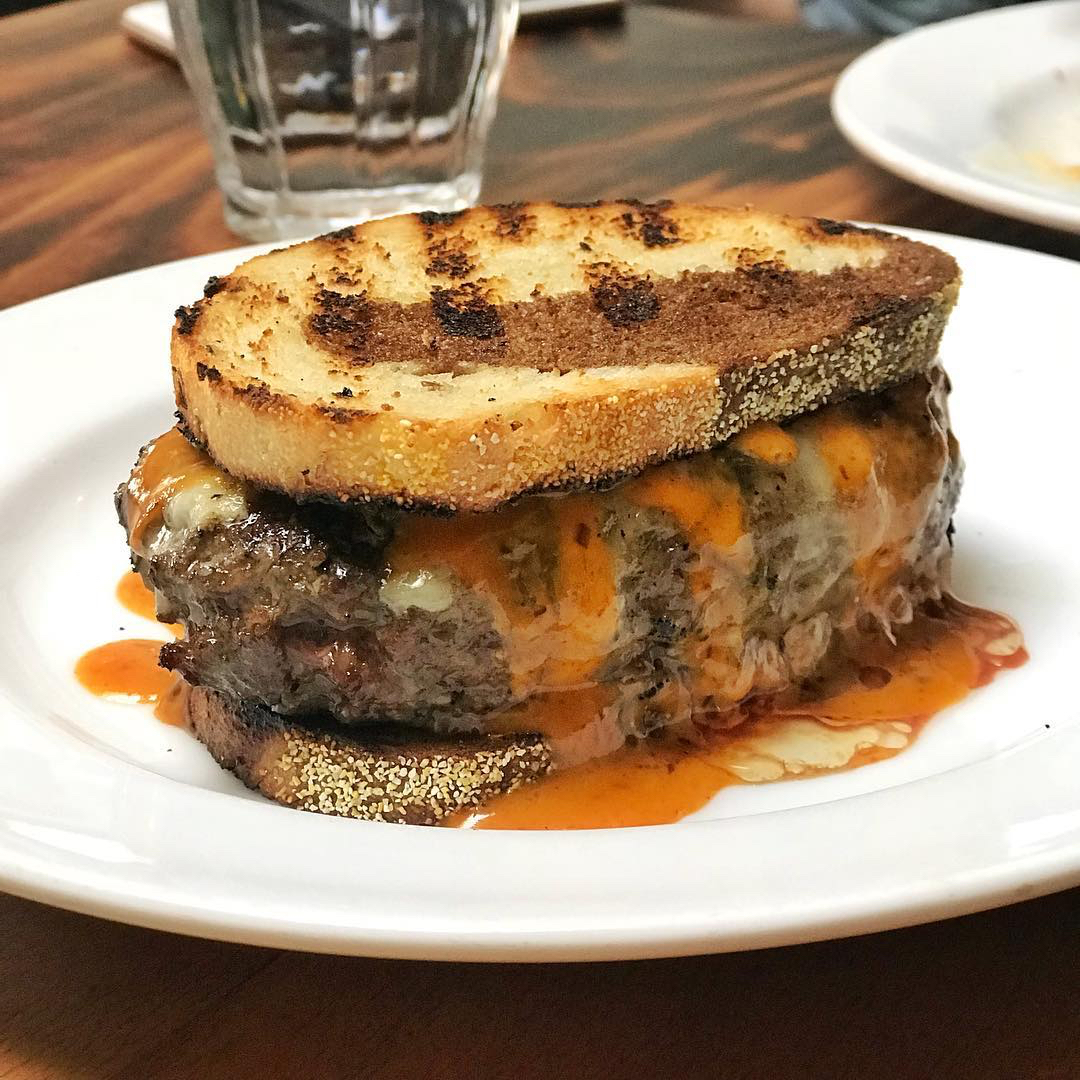 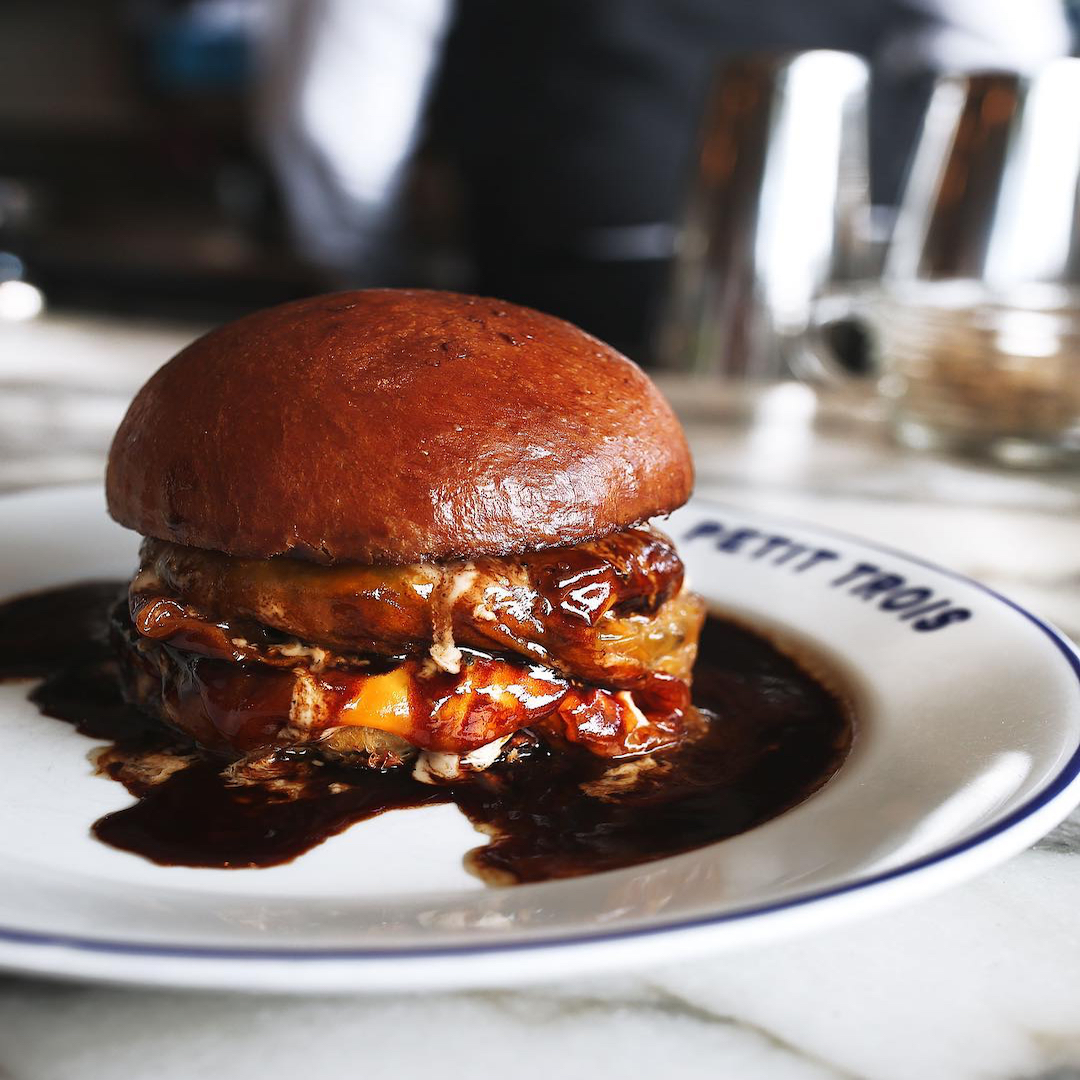 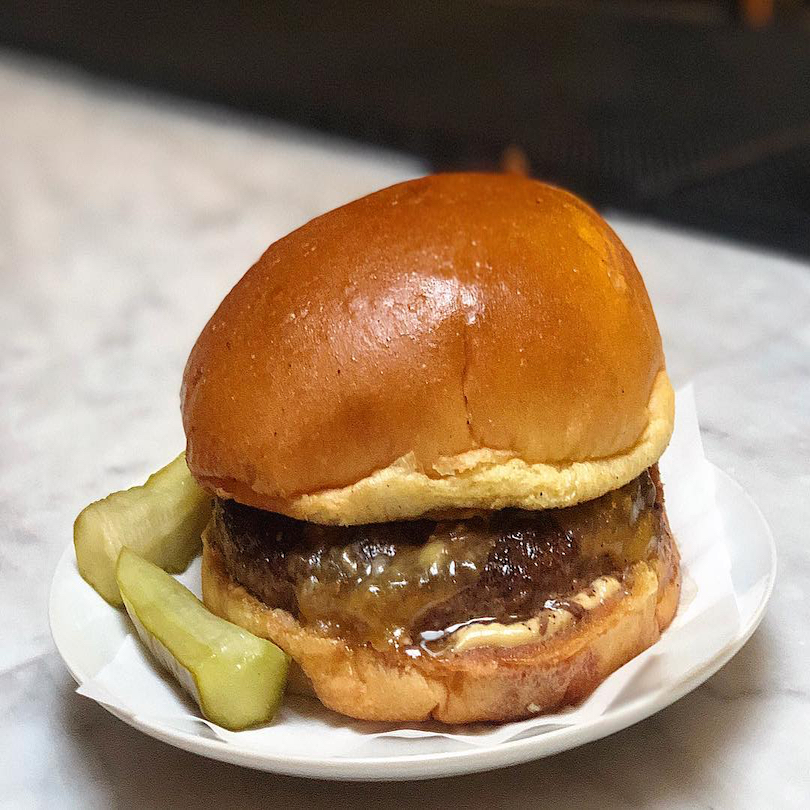 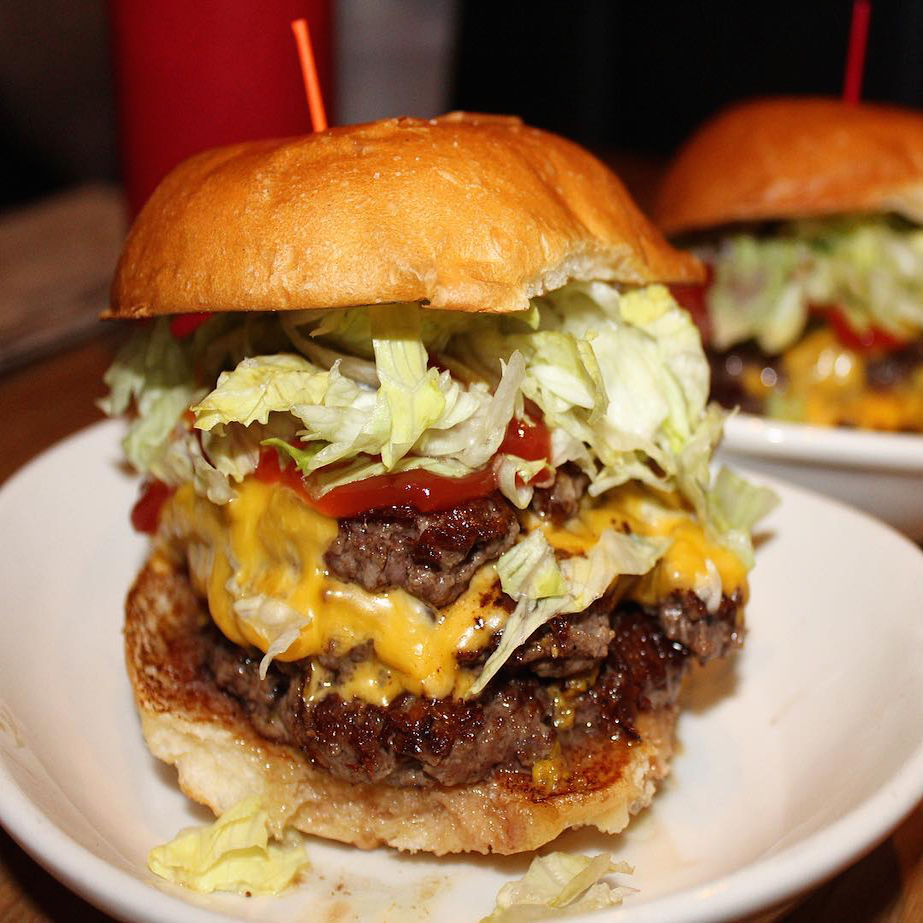 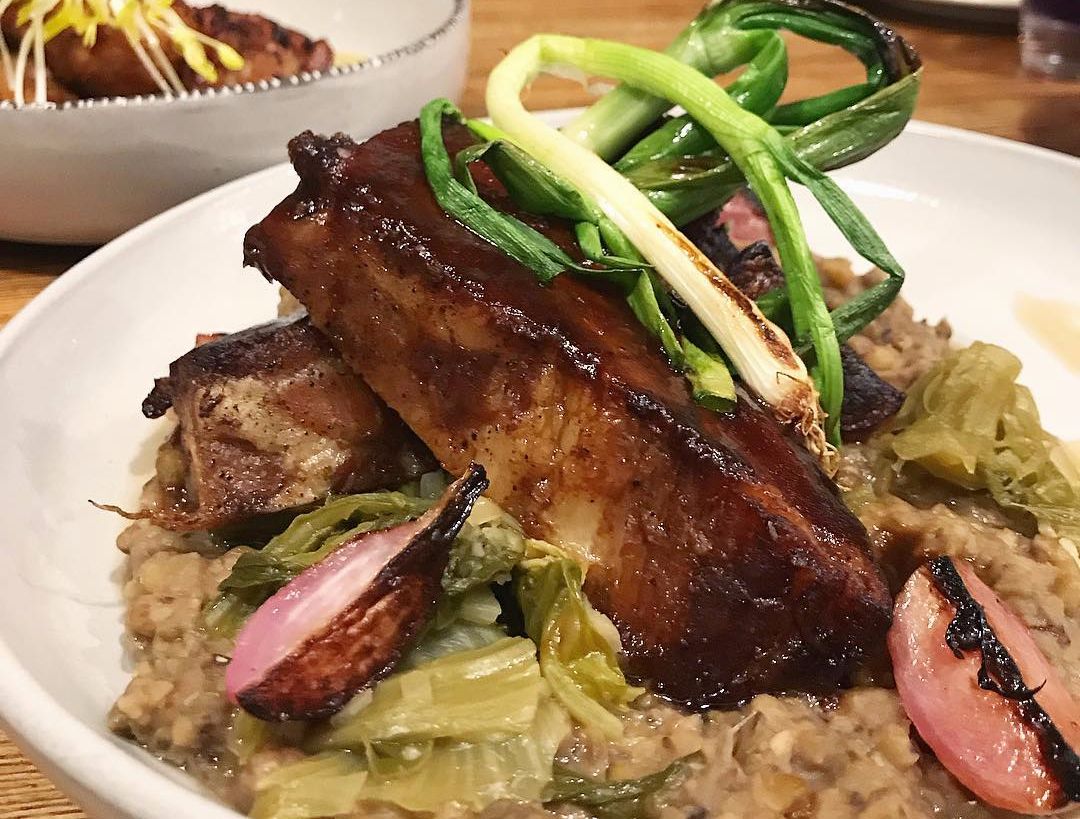 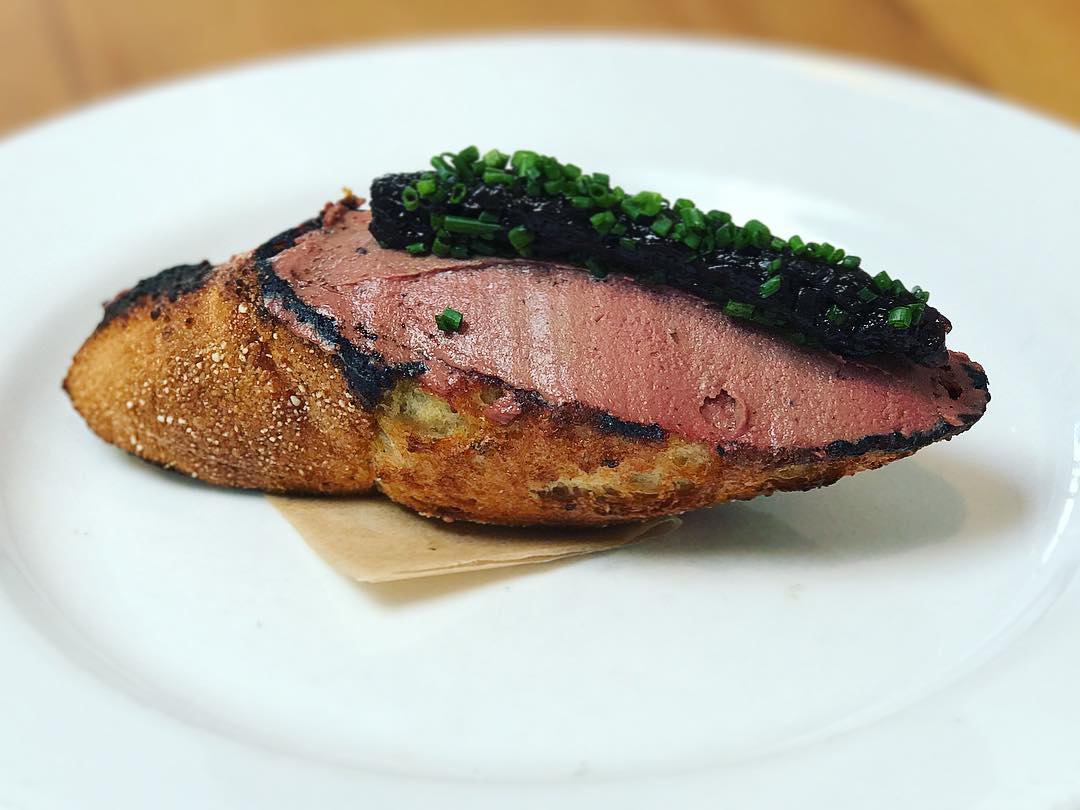