24 Hours of Dance In Miami

Where to shake that ass all day and night in Miami

When faced with a sunrise after a night spent contorting yourself in unspeakable positions on the dance floor (kudos on getting your leg up on that person’s shoulder for the entirety of “Work,” by the way), you’ve got two options:
1. Go home
2. Keep contorting
I’ll take “keep contorting” for the Daily Double, Alex. But that’s because I live in Miami. It’s what we do here. Why? Because we can. Pool parties, DJ-fueled brunches, 24-hour liquor licenses––what’s to stop you from dancing your ass off for 24-hours straight? Abso-fucking-lutely nothing.
So here’s a little guide as to how something like that might go down. Tell your roommate not to wait up. You’ve got dancing to do.
Get Citizine Updates Here
9:30 p.m. Power Up at Bagatelle
Miami Beach, $$$
When it comes to the task at hand, dinner is the most important meal of the day. You’re going to need sustenance to make it through the night. So screw breakfast. Well, hopefully you’re screwing someone for breakfast. But I digress. The infamous party scene at Bagatelle will start things off with a little tabletop dancing around crustacean-stocked seafood towers, sparklers, smoke and caped waitresses delivering bottles of champagne to the Rocky-theme song. Because, sure. 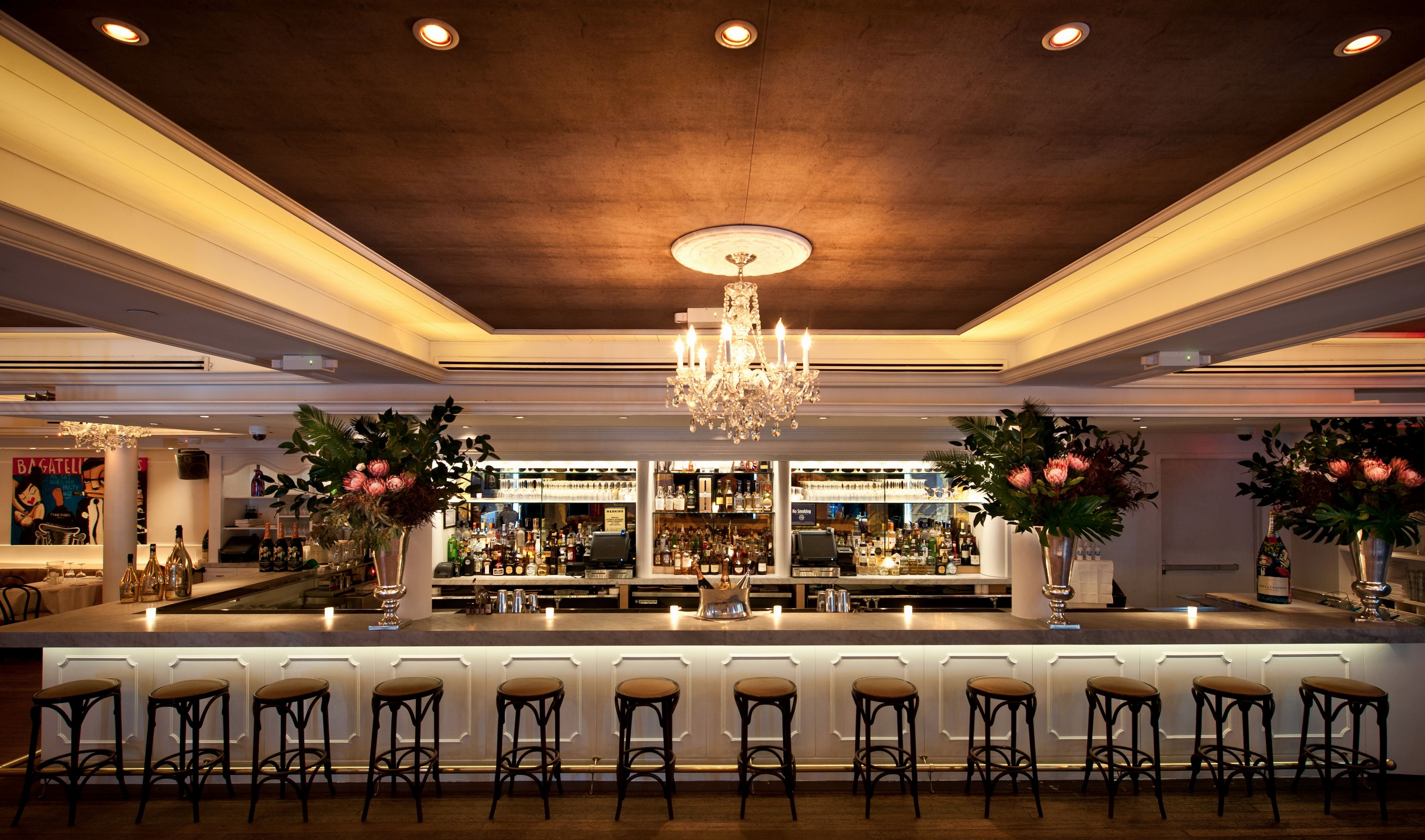 Go ahead, stand up on the bar and pop bottles like a savage. Image courtesy of Bagatelle

1:00 a.m. Pre-game at Basement Miami
Miami Beach, $$$
Your next move: Basement Miami at The Miami Beach Edition. Why? Because in between moves on the dance floor, you can roll a few strikes at the bowling alley here (the art on the balls have an affinity for 70s-style grooming … you’ll see what I mean) or cool down with a few laps around the ice skating rink. This is your opportunity for pre-game stretching. 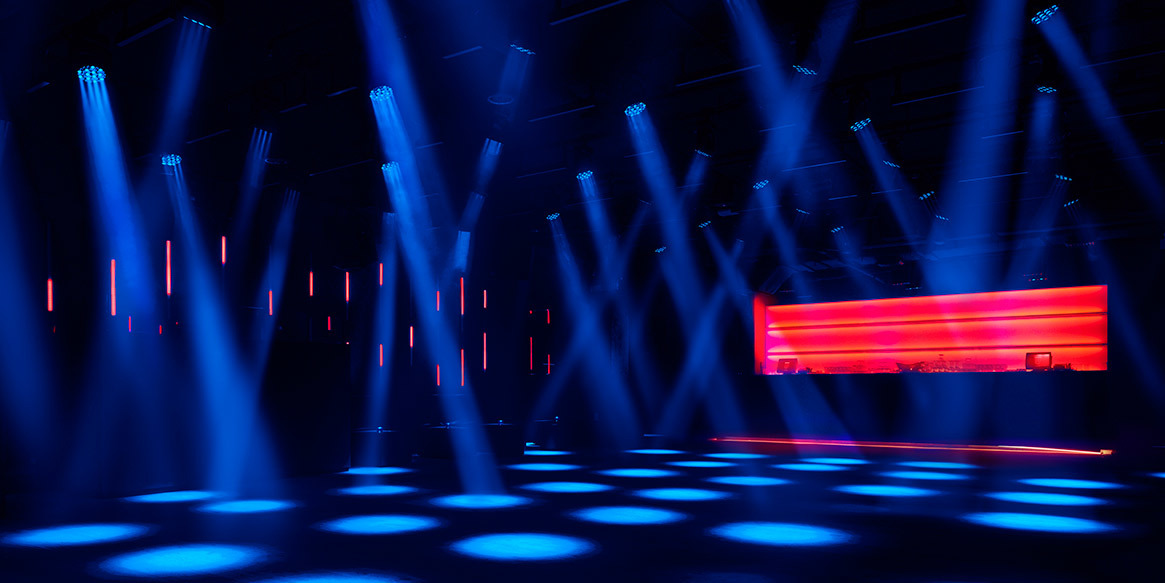 3:35 a.m. #MiamiClubLife at LIV
Miami Beach, $$$$
You knew I was going to have to fit in this one, the monolith that is LIV, right? You can’t quite say you’ve been clubbing in Miami unless you’ve checked this one off of your list. It’s where the Miami Heat celebrates their wins, the famous get wasted and a (barely) dressed-to-impress crowd writhes under multi-colored strobes. It’s over-the-top, it’s obnoxious, but you’ll forgive all of its sins for just “one more song” under the lights. 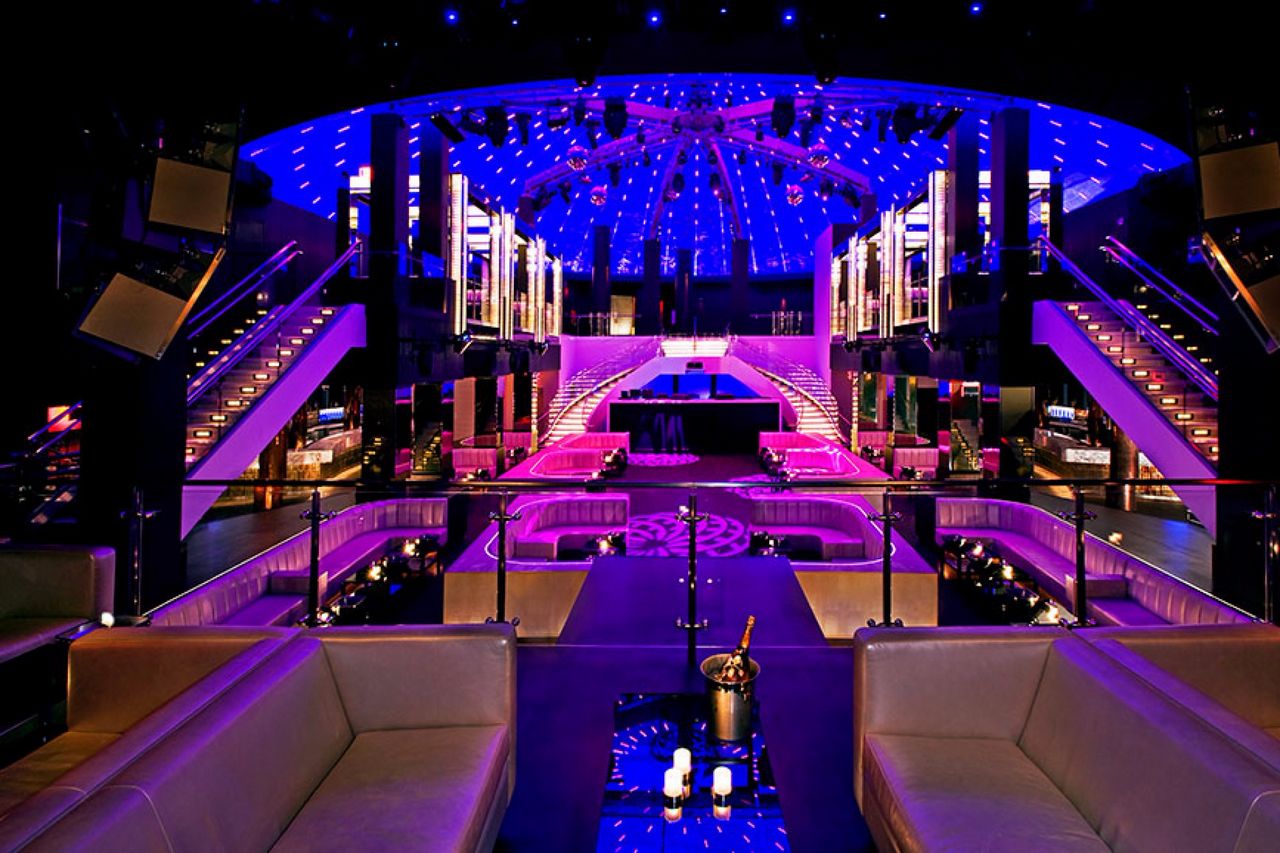 If you clubbed in Miami without hitting up LIV, did you even club? Image courtesy of LIV

5:45 a.m. Peep Show at E11even
Downtown, $$$
It’s a dance club. It’s a strip club. It’s open 24 hours a day, 365 days a year. And that would be enough to leave you with and move on, but then I’d be remiss in not mentioning the rooftop restaurant, Touché, with fresh calamari and sweet Italian sausage pies. Now you know. 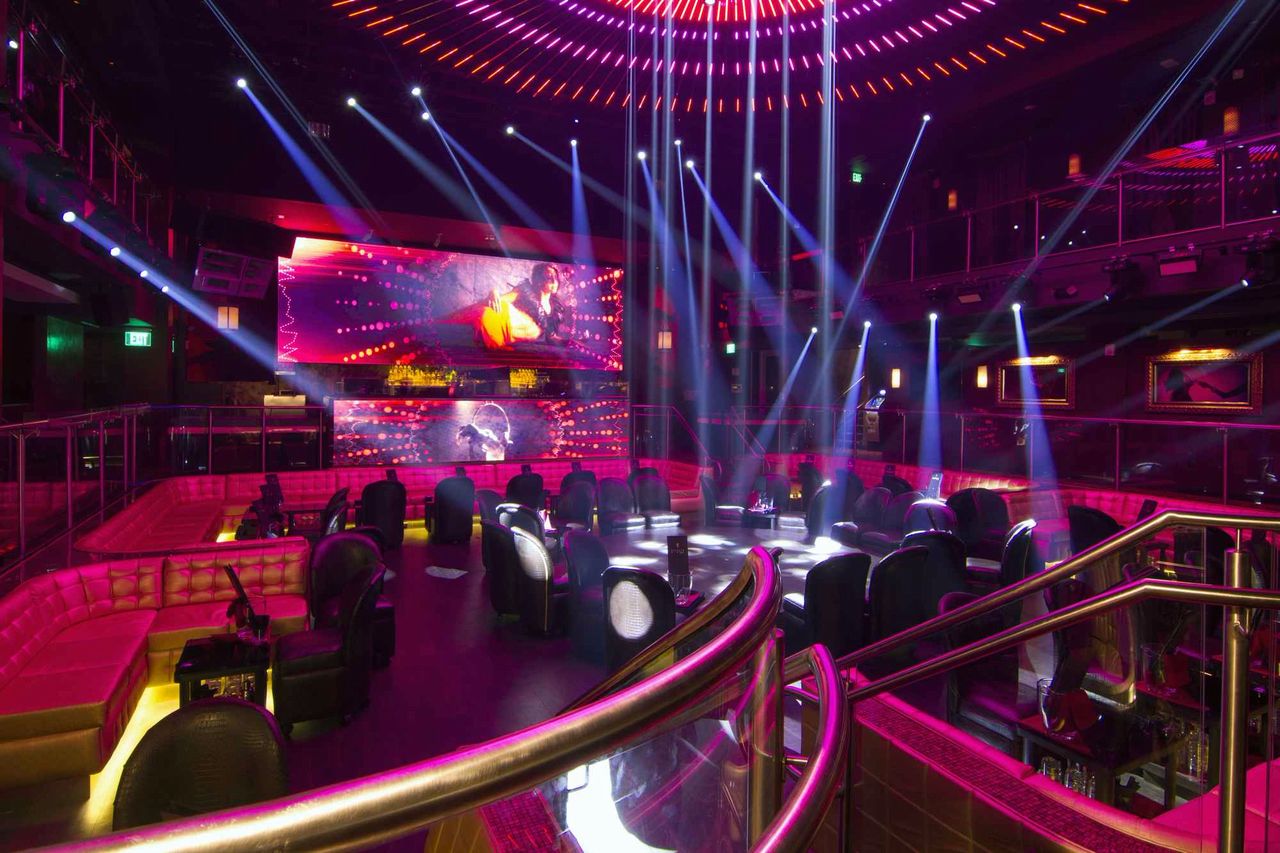 9:31 a.m. Soaking Up the Sun at Club Space
Downtown, $$$
E11even and Club Space fall squarely in Downtown Miami territory, which means they have access to a very handy 24-hour liquor license. Not that you’d know it here because what everybody’s taking at this OG Miami club is [redacted]. And at 9:30 a.m., the infamous “sunrise sessions” on the Space patio are cranking out trance and house well into mid-morning. Sunglasses aren’t a half bad idea. 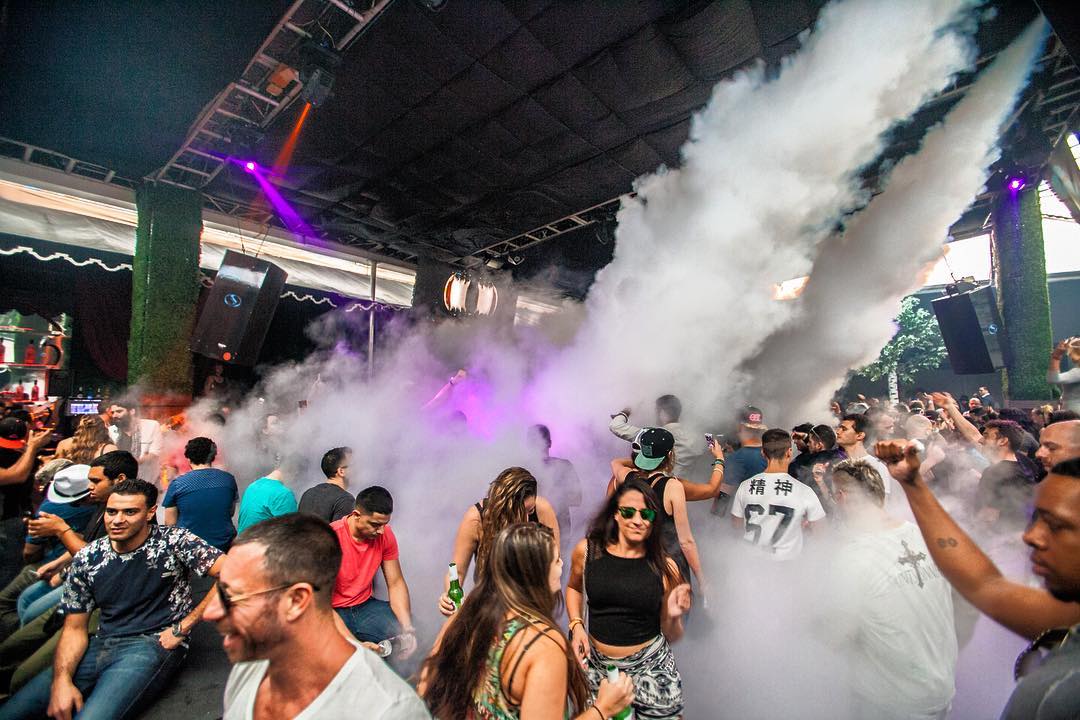 Get Citizine Updates Here
1:00 p.m. Brunch at Nikki Beach
Miami Beach, $$$
Sunday brunch at this beachside club is a classic Miami move. Live DJs accompany bejeweled dancers with feather headdresses as they cavort on the sand with an attractive brunch crowd. You should join them in between bites of Nutella waffles and swigs of crazy infused and garnished concoctions from the Bloody Mary Bar. Or not. But this is a 24-hours of dance article, so get your ass up. 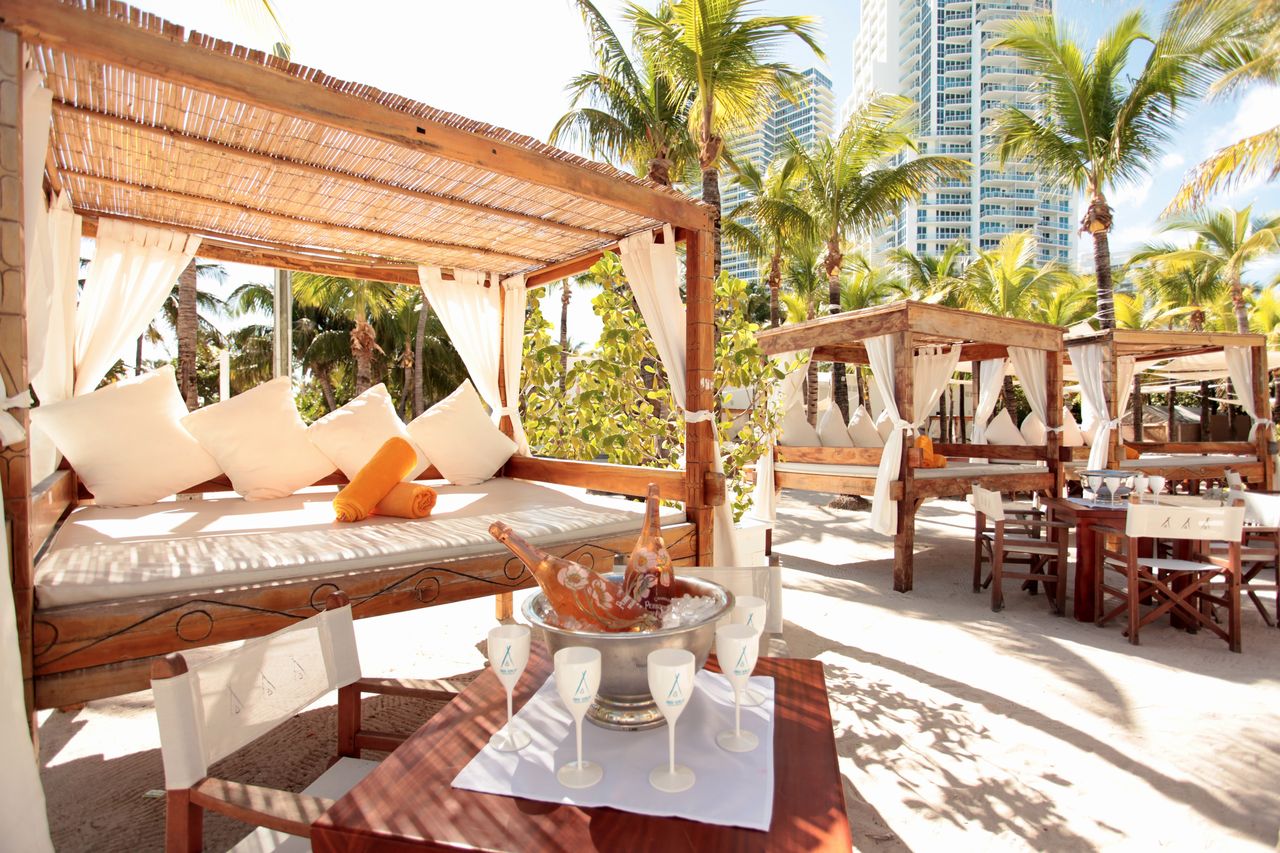 In Miami, brunch is synonymous with "keep clubbing." Image courtesy of Nikki Beach

4 p.m Chilling at the Rooftop Pool at 1 Hotel South Beach
Miami Beach, $$$
At this point, there are probably ungodly aches in areas you don’t really want to talk about. Time for a pool party. Preferably one on the roof of a sexy-as-hell hotel with wondrous views of sky, ocean and sun-drenched revelers guzzling rosé like it’s their damn job. 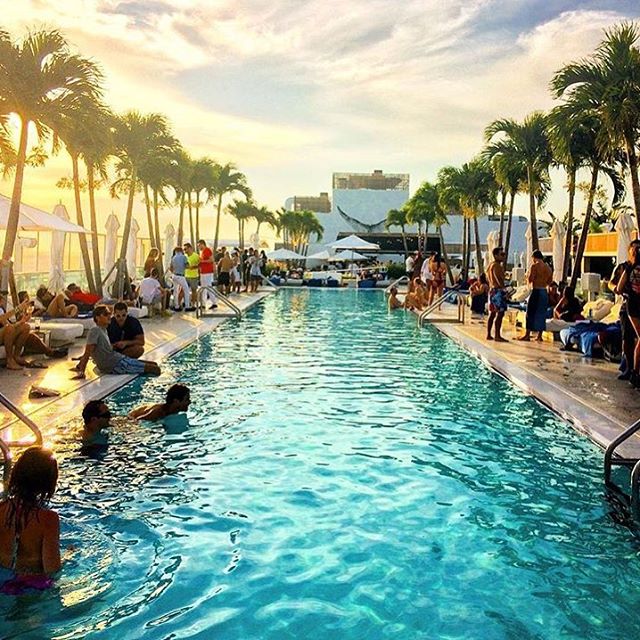 Coolin by the pool. Image courtesy of @1hotelsb

9 p.m. Calling it a Day at STK
Miami Beach, $$$
And … we’ve come full circle, my friends. With a little dinner (go for the Lil BRG sliders with foie gras and spiked churro milkshakes), some DJ-fueled dancing (you’ll want one of the upper level booths for that) and hopefully, your sanity intact. But sanity’s overrated anyway. 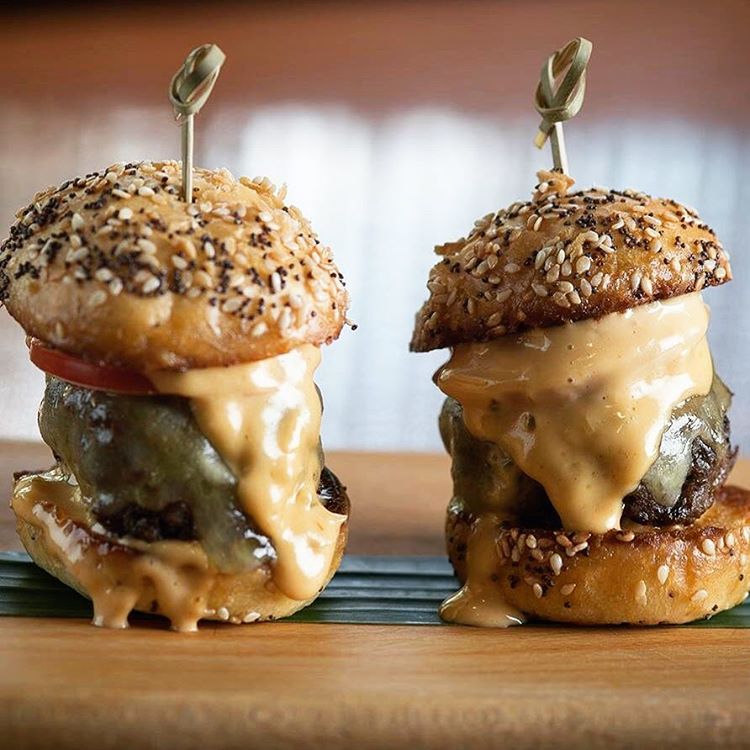 Jackie Gutierrez-Jones is a born-and-raised Miami native who works as a freelance lifestyle writer and editor for a variety of publications. When she's not putting ink to digital paper, you can find her bogarting the nearest bottle of champagne while simultaneously chasing after her toddler.