11 Father’s Day Plans For Every Type of Dad

Treat your old man to a mani-pedi, booze and bäcos ...

While many of them taught us to ride a bike, crack open a beer or yell at the TV, no two dads are alike. Whether your dad knows the intimate details of your love life or if you just have an awkward phone call with him every birthday and Christmas, here are 11 activities for 11 different types of dads in case he’s in Los Angeles this Father’s Day.

Use your brain, crack open the piggy bank and let’s throw your pops a Father’s Day he won’t be able to forget if he tried.

Get Citizine Updates Here
For the Dad Who Thinks Music was "Just Better" When He was Your Age
The Record Parlour; Pop Obscure Records
Hollywood, $$; Downtown, $$
If your dad is constantly throwing shade at your music choices, let him properly educate you at a record store. If he doesn't own a record player, tell him to put his money where his mouth is and purchase one (for you) in the name of cultural enrichment. The Record Parlour in Hollywood is stacked with vinyl, vintage audio gear and posters while Pop Obscure Records is a vinyl store and gallery in one. 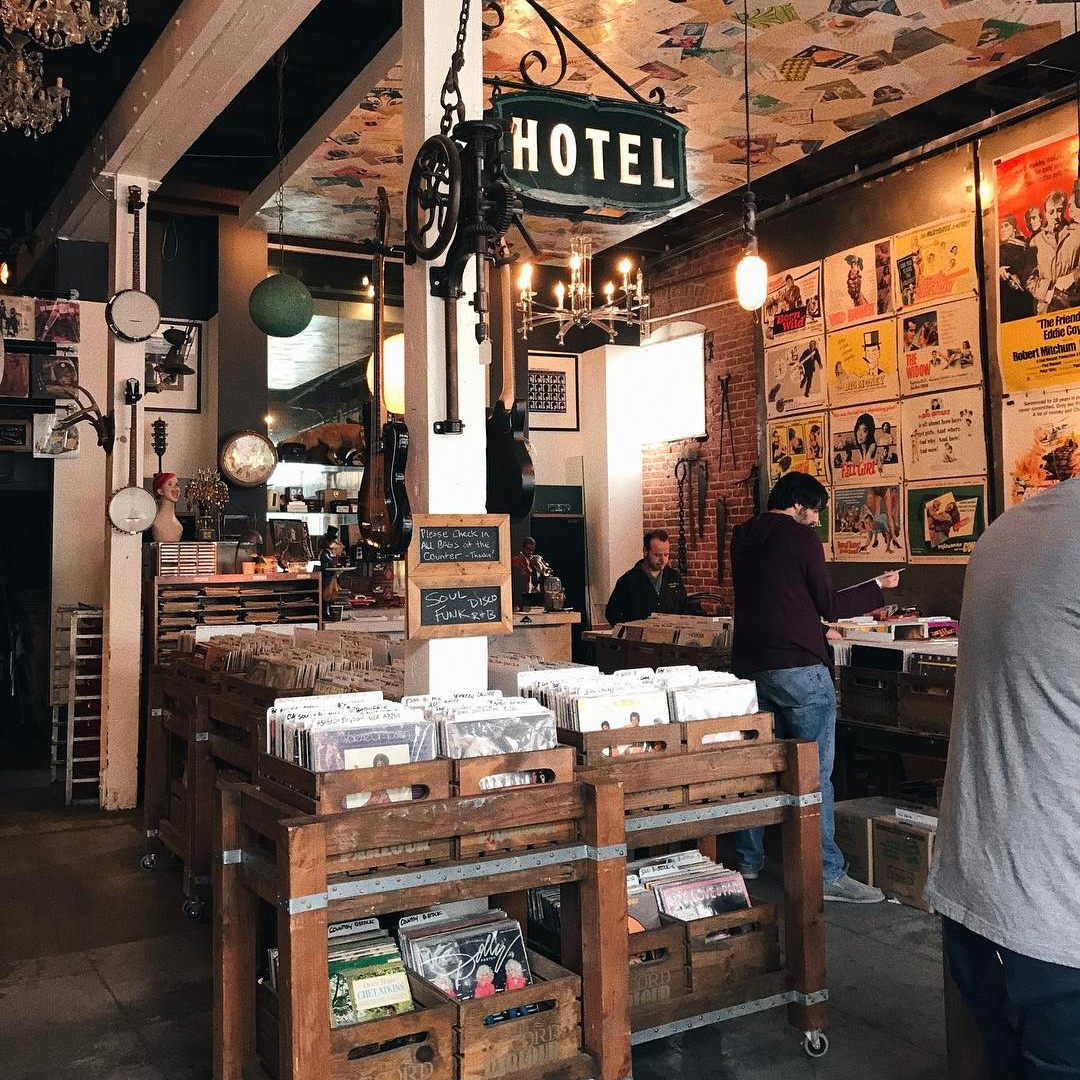 The Record Parlour courtesy of @mkarolqueiroz 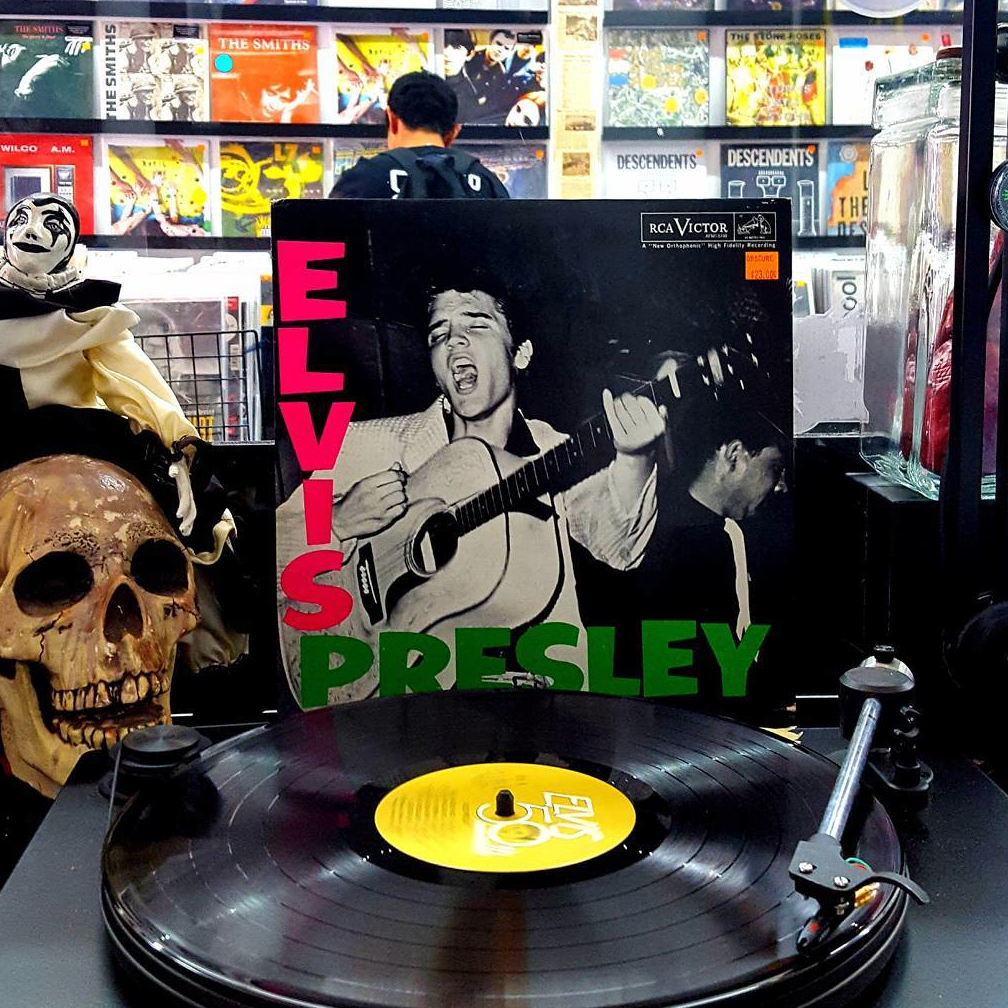 For the Dad Who Tries to Win Your Affection with Money
Thunderbird Tattoo
Echo Park, $$
Let’s face it, today is really about you and less about the man who helped create you. Whatever the reason for your lack of affection and f*cks, it's looking like you’ve got to at least carve out a little time for the old man. If you’re not feeling lunch, how about that tattoo you’ve always wanted ... on his dime? If a tattoo is where you land, check out Thunderbird Tattoo off of Alvarado. The vibes of the shop are fantastic and the artists actually give a shit. Plus, your father gets to bond with you and you get the tattoo you couldn't seem to budget for. It's a win-win. 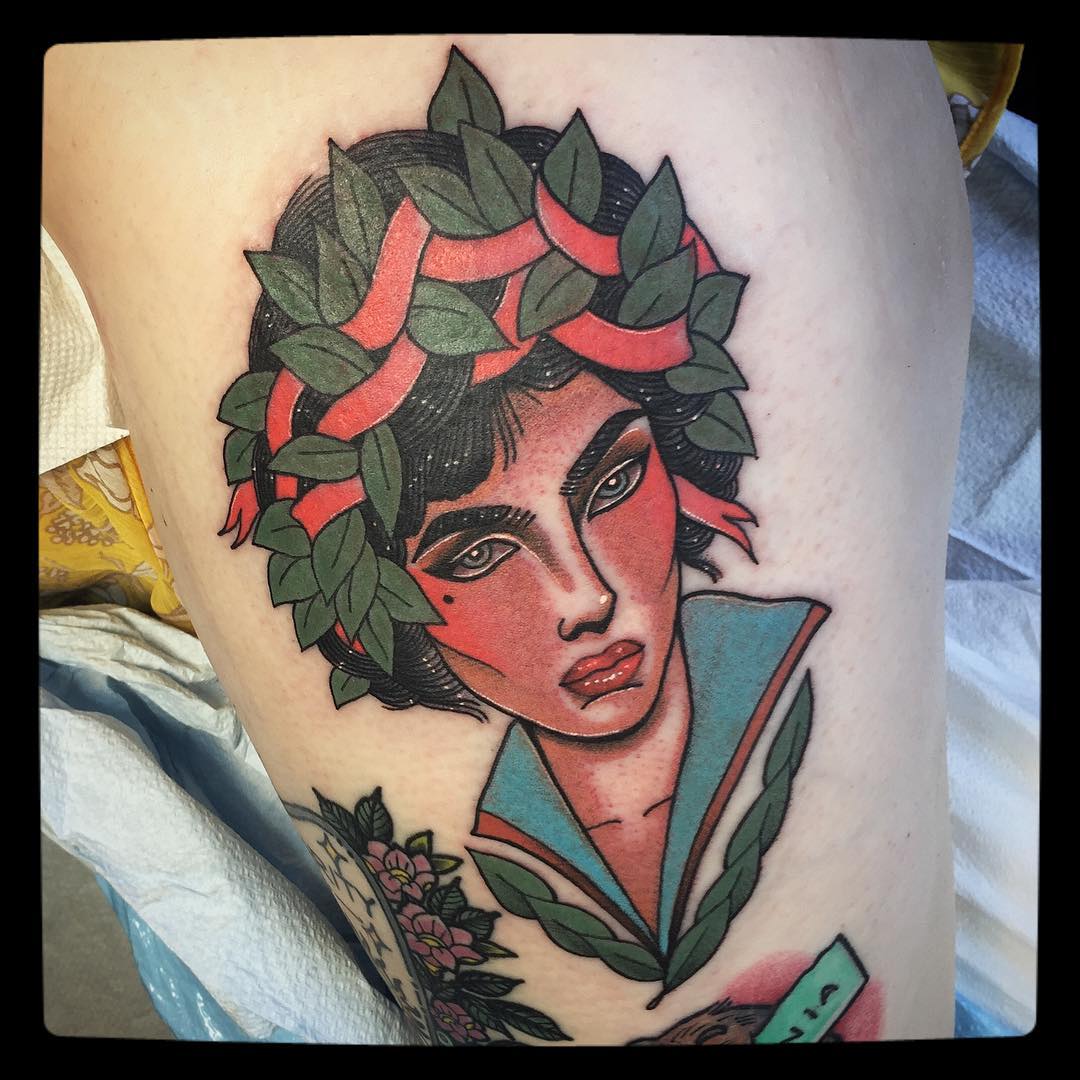 For the Dad Who Wants to Tone his Dad Bod
The Stronghold Climbing Gym
Lincoln Heights
For a doable fee of $26 per person, you can treat your faja to a day of indoor climbing. It’s a great way to get a full body workout in a gym filled with great vibes as the climbing community is hella welcoming. If your pops is low-key terrified of heights, start easy with a few VB or V0 walls. Or if he feels more comfortable with a rope there to catch him if he slips, have a professional do the belaying for you if you’re not an expert yourself. Also, do him a favor and tell him to trust his shoes from the get. You don't want him to blow out all his arm muscle in the few first climbs because that’s just not fun for anyone involved, is it? 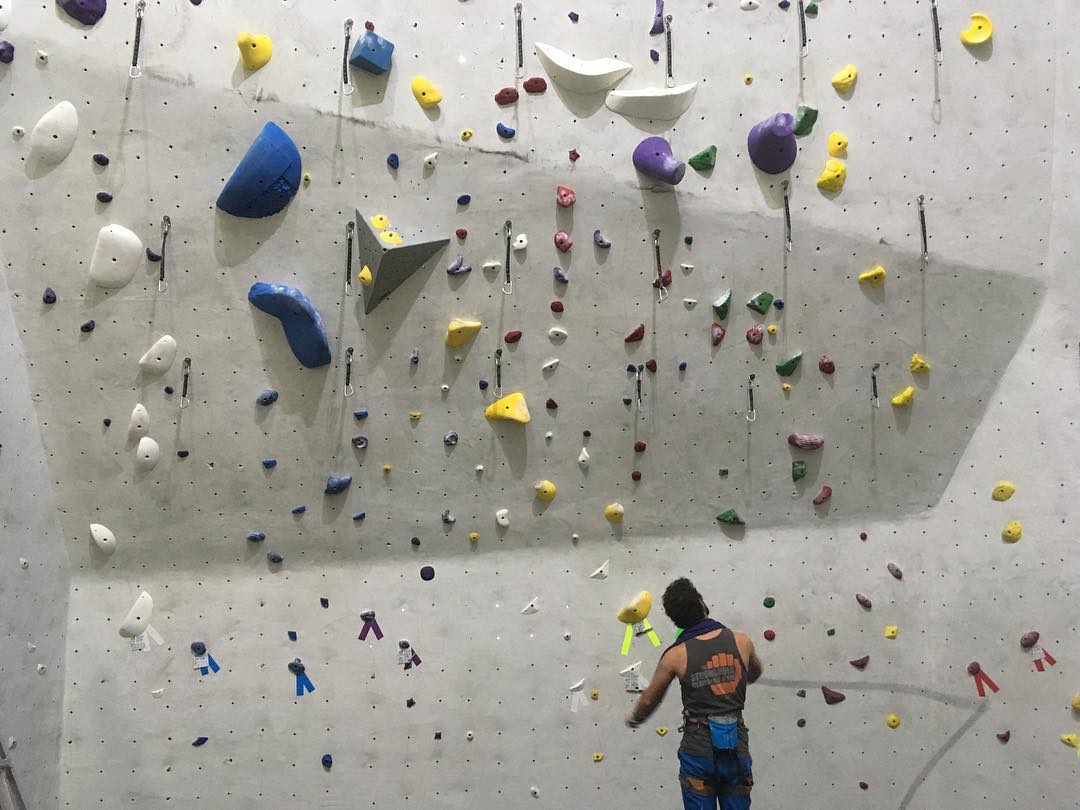 For the Dad Who Wants to Tone his Dad Bod but is Afraid of Heights
Fisherman's Village
Marina Del Rey, $$
If climbing to great heights isn’t pop’s idea of a good time, head on over to Fisherman’s Village in Marina Del Rey for an afternoon of sailing, kayaking or paddleboarding. After all, it is officially summertime in Southern California and the idyllic breeze on the Westside is beckoning you to the beach. Reservations can be made online, so book your activities ahead of time. Yeah, we’re talking to you, lazy guy in the corner. 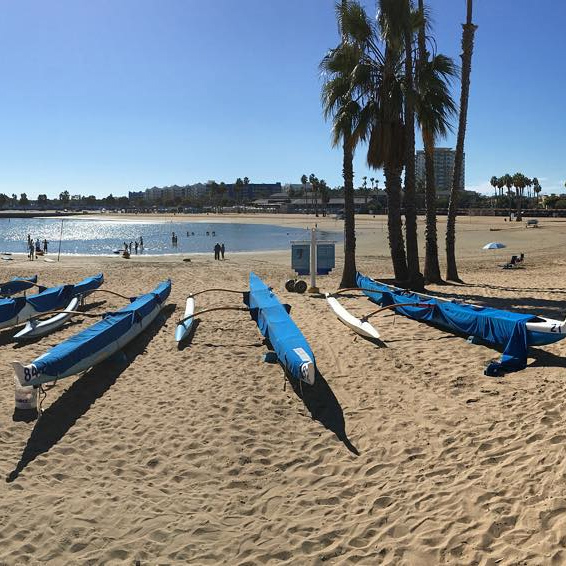 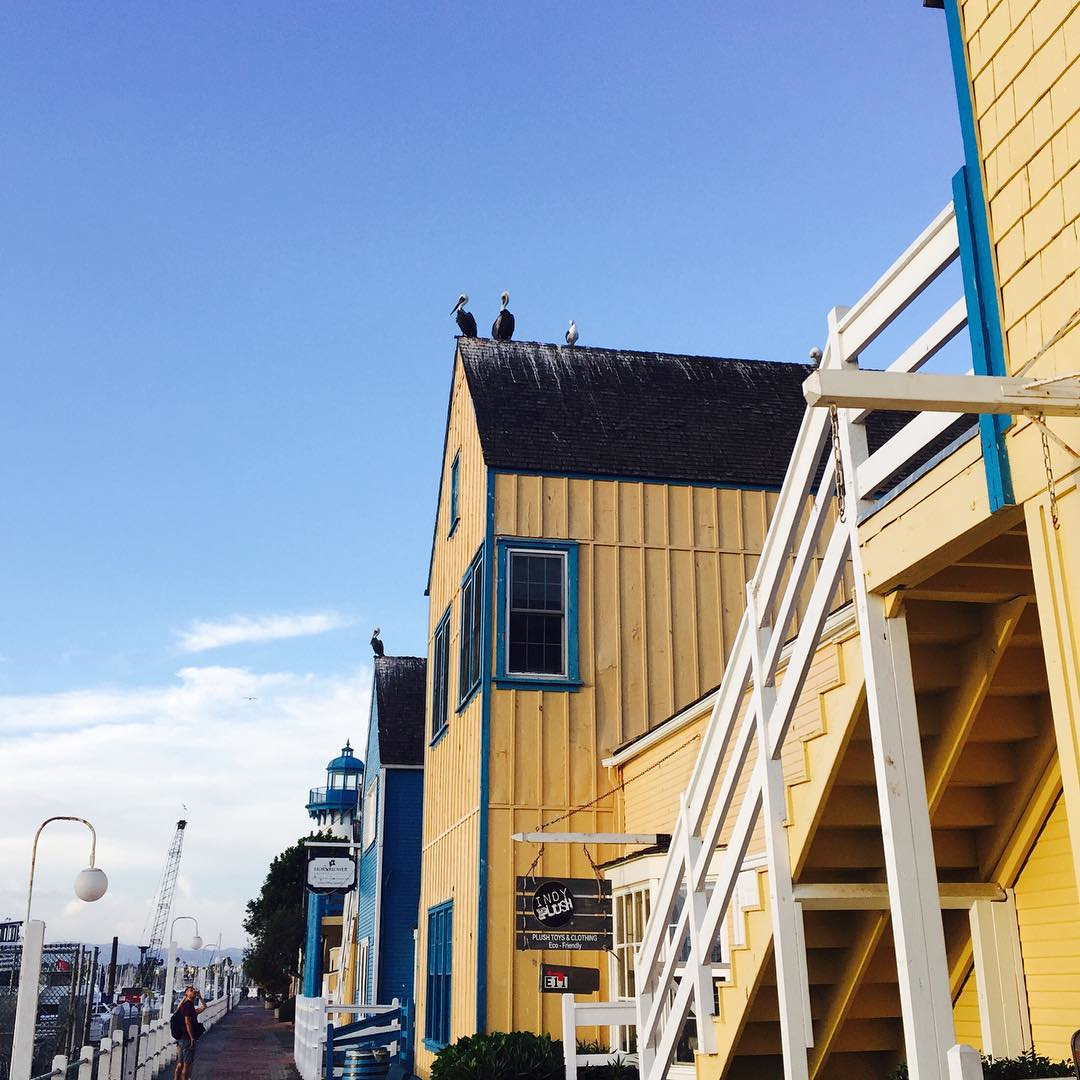 For the Dad Who Takes Great Pride in his Dad Bod
Arts District Brewing
Arts District, $$
There ain’t no shame in a beer belly, so let your pops know he can tell the haters to stick it where the sun don’t shine if need be. Head over to Arts District Brewing to sip-sip-sip on beer, chow down on Fritzi’s fried chicken and kick his ass in skeeball. No one said you had to go easy on him just because it’s his day. 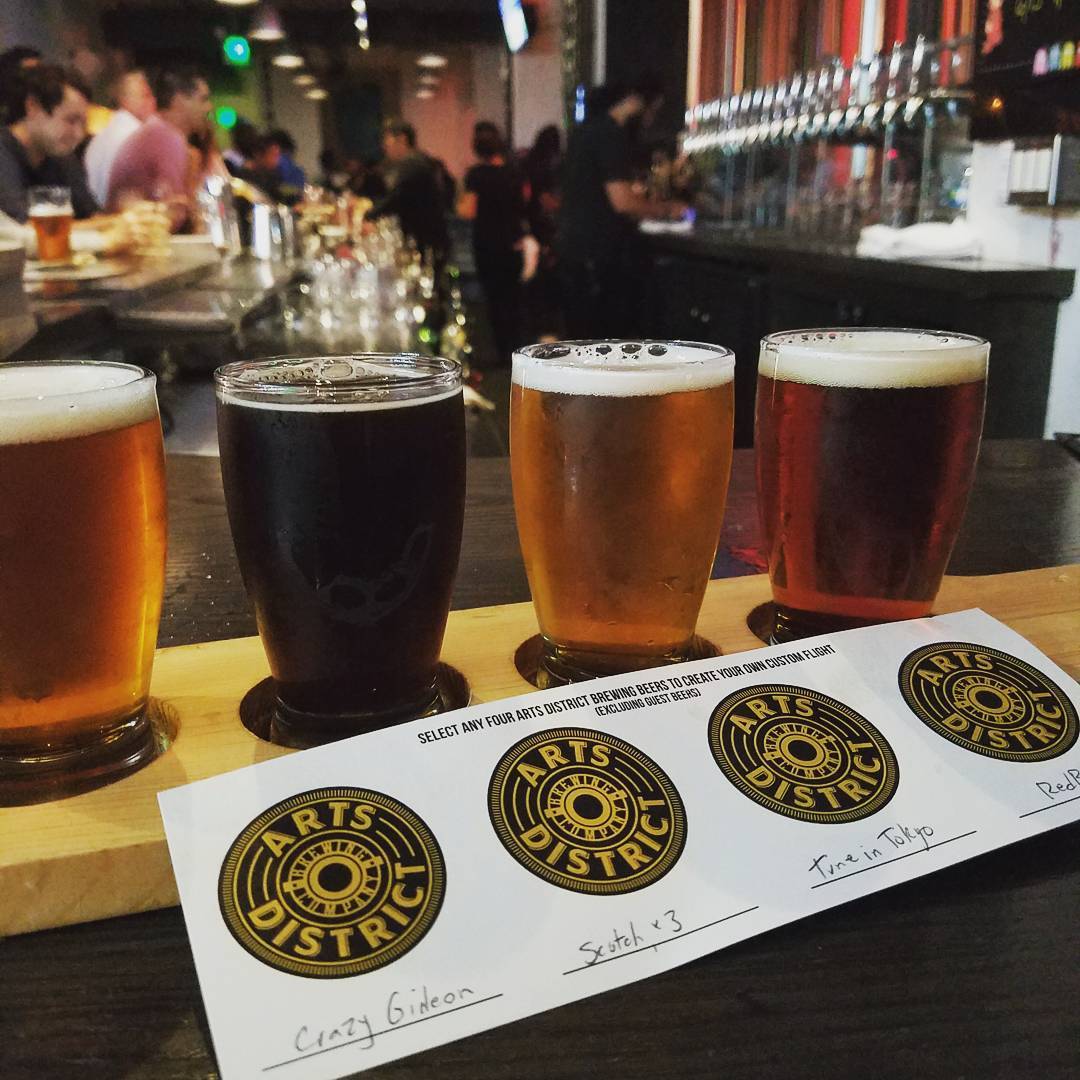 Get Citizine Updates Here
For the Dad Who Tastes the Difference Between Bernaise and Aioli
Baco Mercat
Downtown, $$
If you’re sick of your dad acting like he is the next Jonathan Gold, knock him down a few pegs at Bäco Mercat where the price is right and flavors are out there—so you can impress him without breaking the bank. Chef Josef Centeno will rock his taste bud world as he mixes flavors from Spain, France, Western China, Mexico and Peru. Hell, his invention of the bäco is enough to make anyone curious and drool uncontrollably. Imagine a taco and pita made a baby then stuffed it with chicken salad, fried veal tongue and layered it up with salvitxada and pork belly. Imagine …. 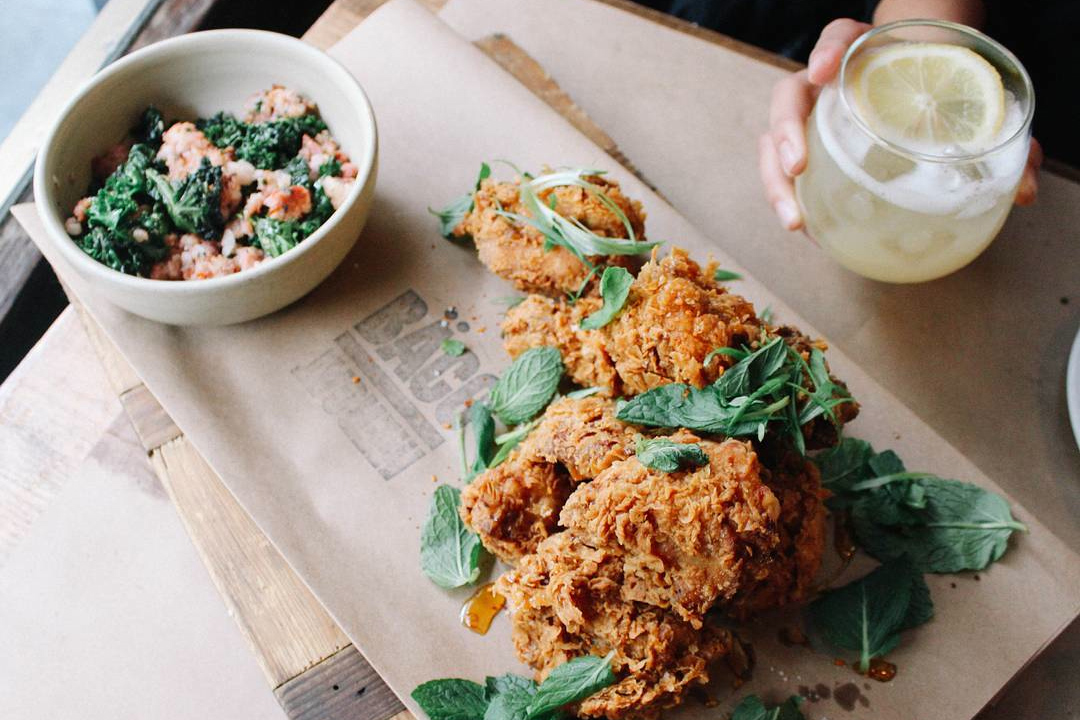 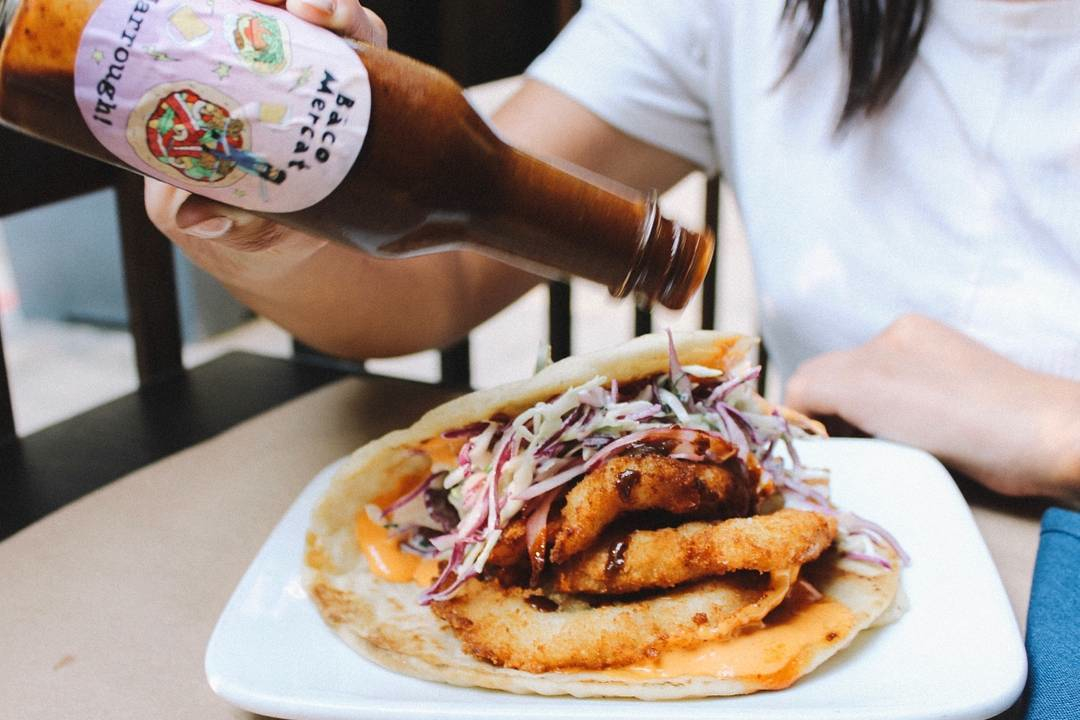 For the Dad Who Thinks He's a Sommelier
Rosenthal Wine Bar & Patio
Does your dad spend most of his time downloading wine apps, visiting obscure cellars in the valley and ordering rare Malbecs from Mendoza? Or maybe he’s the type who ask the server for multiple “tastes” before committing to that perfect bottle of Chateauneuf-Du-pape? Whatever his style, cruise down scenic PCH to Rosenthal Wines this Sunday and allow his inner somme to smile with glee. Plus, this Sunday there will be live music and food trucks. Talk about killing two birds with one stone. 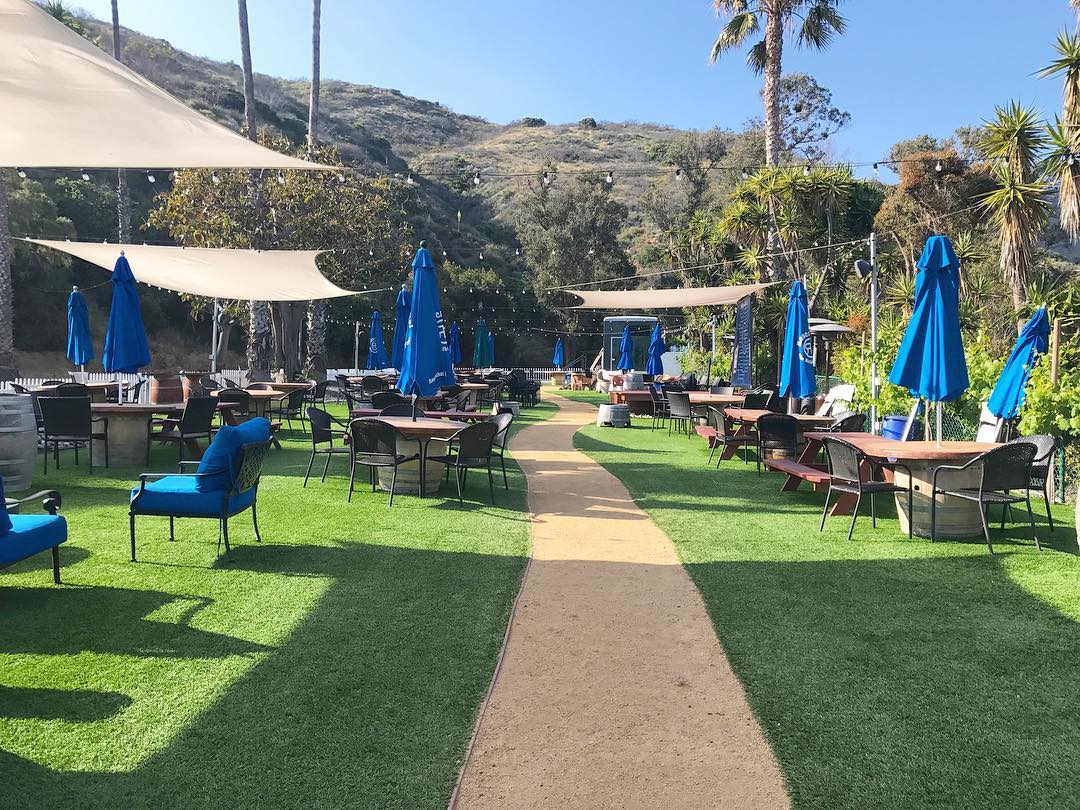 For the Macho Dad Who's Too Secure with his Masculinity
Bellacures
Koreatown, $$
This one goes out to all the dads who need to get #woke and learn that gender is not as simple as "this" or "that". So when he scoffs that "pretty nails are for women," as you usher him through the salon's doors, be sure to remind him that gender is a social construct. Plus, your dad probably works hard for his money and deserves someone to rub his feet and make him feel pretty. So do him a solid and treat him to a Mani-Pedi at Bellacures on Larchmont. The nail art is top shelf, appointments can be booked within the hour and the chairs have been known to put people to sleep. 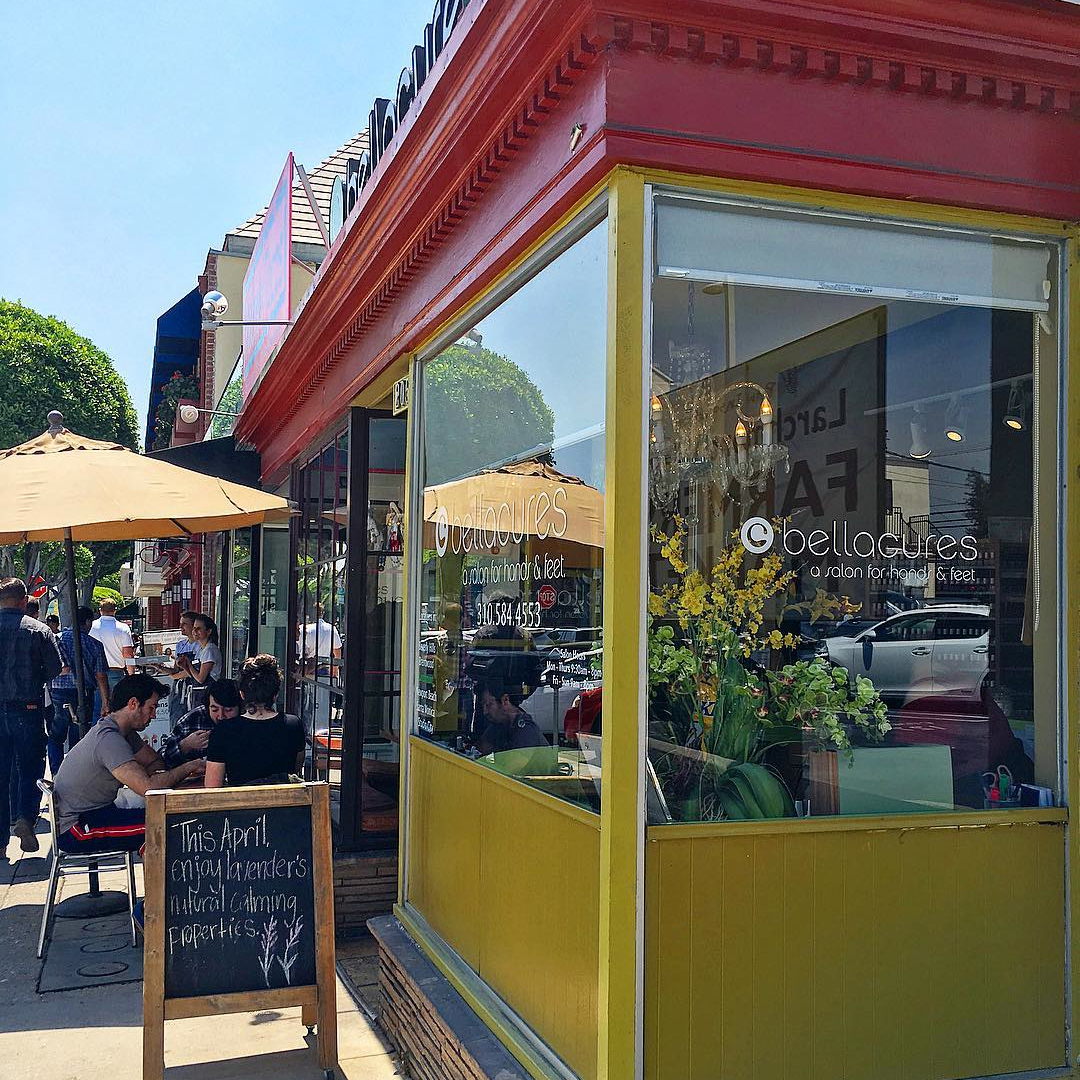 For the Dad Who Bought You a Nintendo So He Could Play
Button Mash
Echo Park, $$
Let’s face it, your dad is a nerd and his fingers were made to grip controllers and joysticks. Be a good kid this weekend and take him on an affordable adventure where his inner child can run rampant. Button Mash is filled with classic games like Galaga, PacMan, Frogger, Michael Jackson’s Moonwalker and Street Fighter 2. If that's not enough to convince him, there is a whole corner dedicated to pinball and the food is not your average mystery arcade pizza and hot dogs. Plus, there's a ton of beer and wine on tap for your drinking pleasure. 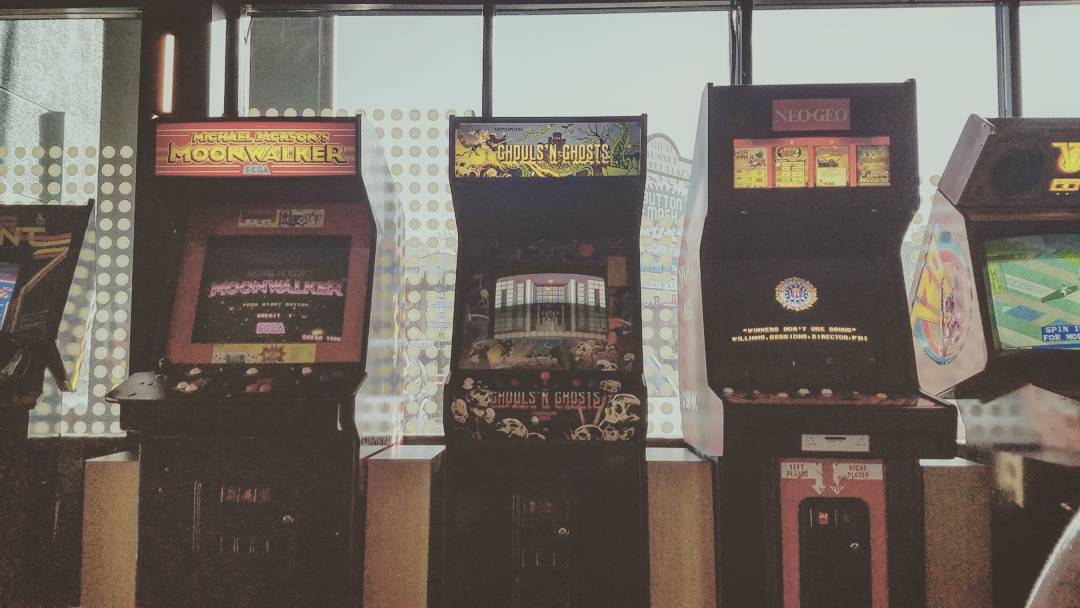 For the Helicopter Dad
Skydive Elsinore
Lake Elsinore, $$
If your dad has been known to hover over your life, take things up a notch and push him out of a helicopter or plane … with the added safety of a licensed skydiving professional, of course! Lake Elsinore has got quite the view with lush green mountains and wild flowers. Although, no one can really guarantee he will keep his eyes open long enough to enjoy said view. Honestly, he may scream like a baby and crap his pants. Whatever happens, it sounds like the perfect way to spend Father's Day to us. 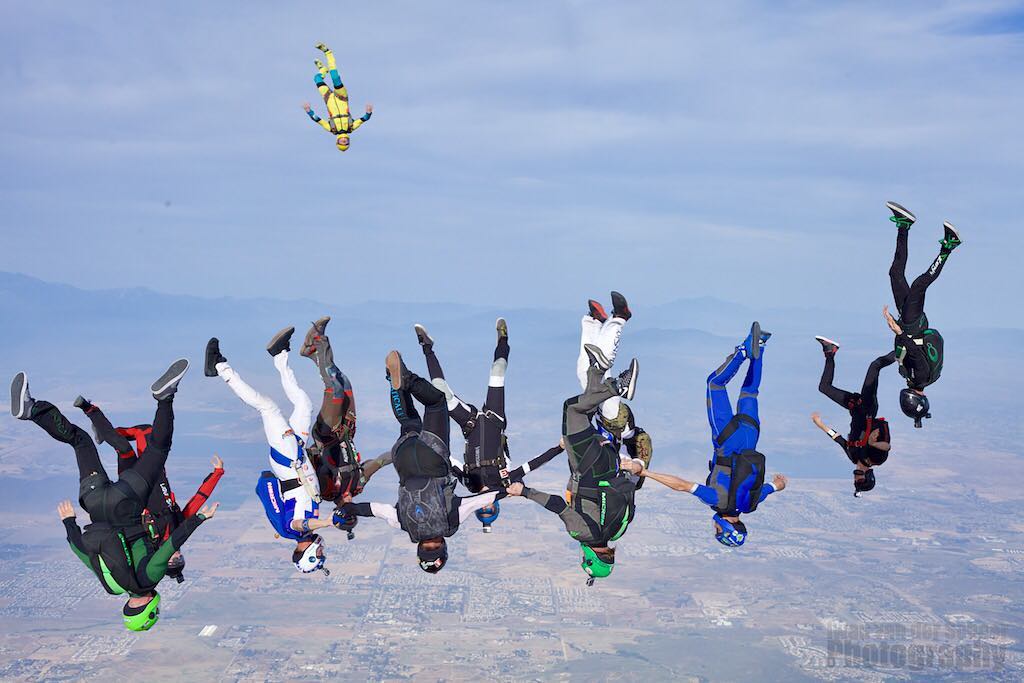 For the Dad Who “Almost” Got a Degree in Art History
Museum of Death
Hollywood, $
We've all been there. You’re in the orthodontist waiting room and your dad decides it’s high time to point out the influences of David’s "Oath of the Horatii" on the tacky Target art hanging on the wall. Why not spice things up this Father’s Day and watch him try to mansplain his way through the violent works at the Museum of Death? Notable pieces include photos of Charles Manson crime scenes and the guillotined head of the Blue Beard of Paris. It’s safe to say this museum is not a spot for the faint of heart, so maybe bring a barf bag just in case your old man can’t hang. 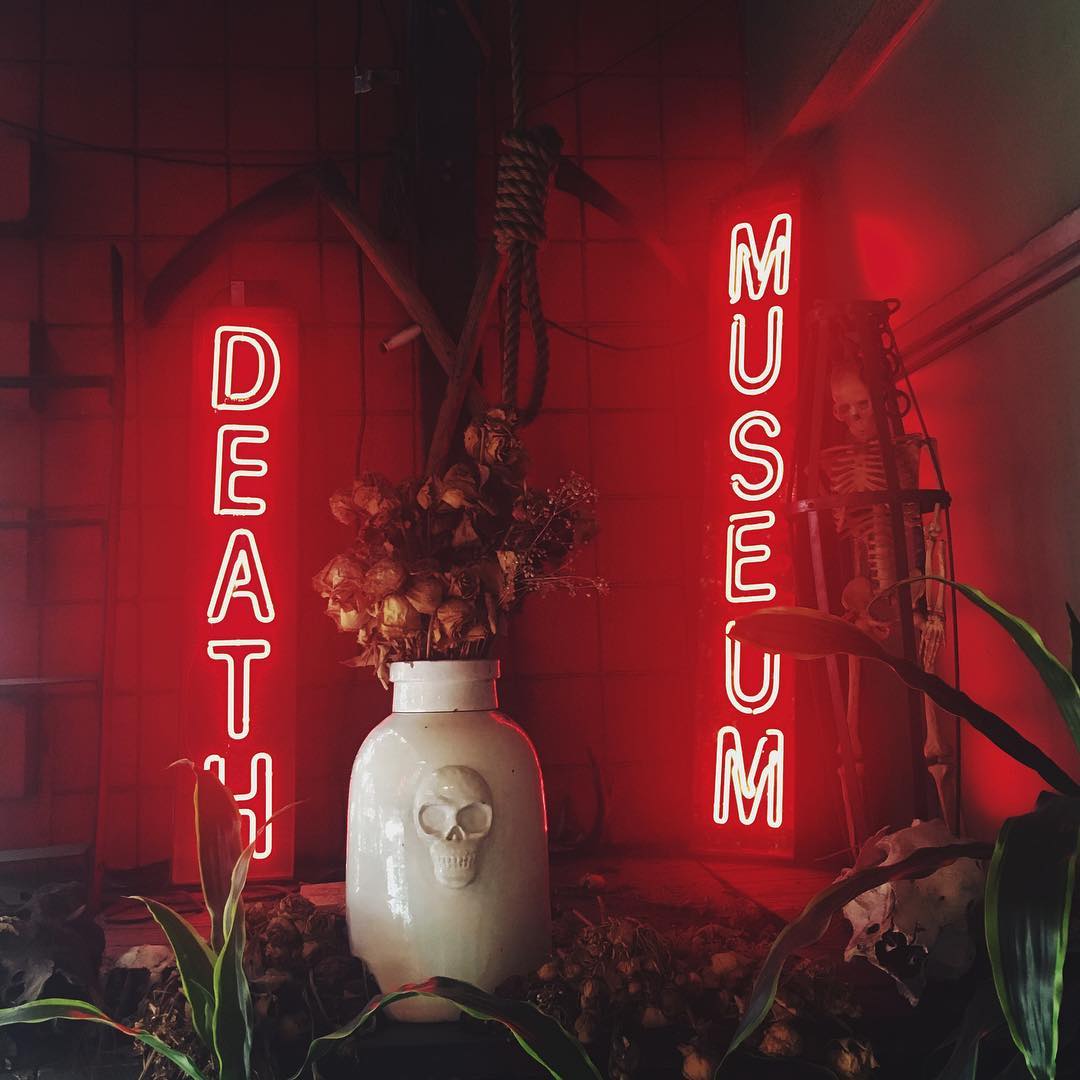